With Unemployment at Great Depression Levels, Trump’s Re-Election Chances Look Worse Than Ever 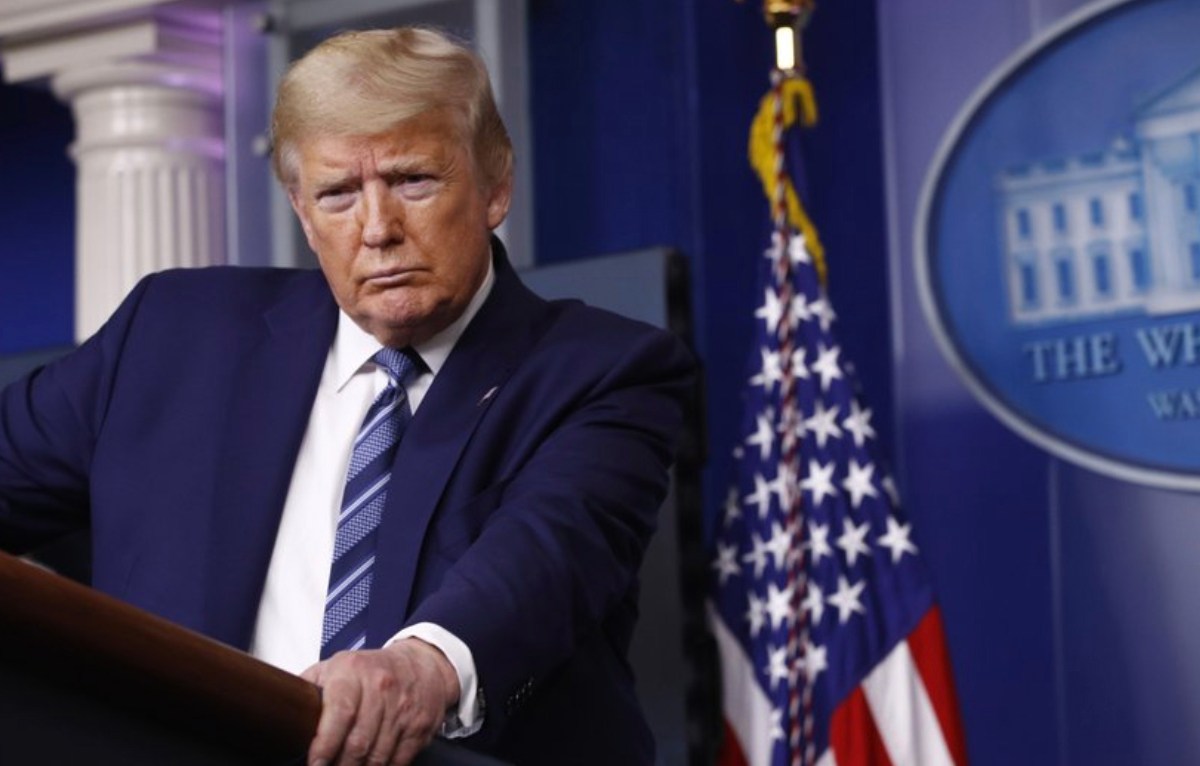 The record unemployment rate reported on Friday captured the pain of a nation where tens of millions of jobs suddenly vanished, devastating the economy and forcing President Donald Trump to overcome historic headwinds to win a second term.

Just a few short months ago, Trump planned to campaign for reelection on the back of a robust economy. That’s a distant memory after more than 20 million jobs were lost in April, leading to an unemployment rate of 14.7%, the highest since the Great Depression.

There’s no parallel in U.S. history for the suddenness or severity of the economic collapse, which is ravaging some states that are crucial to Trump’s victory. The president is now tasked with convincing voters that the catastrophic jobs losses were the result of the pandemic ? not his management of the public health crisis. He also argues that he deserves another chance to rebuild what the virus destroyed.

“What I can do: I’ll bring it back,” Trump told Fox News on Friday. “It’s fully expected. There’s no surprise. Everybody knows that. Even the Democrats aren’t blaming me for that.”

Backdated statistics show that unemployment reached as high as 25% in 1933 during the Great Depression. A broader calculation of unemployment from April’s jobs report suggests the rate might be nearly that high now, as the 14.7% rate doesn’t include people who left the labor force or still consider themselves employed despite not working. But the efforts needed to contain the spread of the coronavirus have caused much more rapid job loss than during the 1930s.

“The last time we had unemployment rates in this neighborhood, it took us five years to get there,” said Erica Groshen, an economist at Cornell University and former commissioner of the U.S. Bureau of Labor Statistics. “This time, we will have achieved that in two months.”

The suddenness of the crisis has been a shock to Americans, who will be looking for reassurance from Trump.

“The White House can make the point that the collapse was not the result of economic policies but an unprecedented global pandemic,” said Kevin Madden, a Republican strategist who was a senior adviser on Mitt Romney’s 2012 presidential campaign. “But they need to look forward, too: Present a detailed roadmap, restore people’s confidence and pledge to work with Democrats and Republicans alike.”

Many of the layoffs are classified as temporary, which means workers could get recalled as the outbreak subsides and the unemployment rate would fall. But it’s unlikely to immediately return to the 3.5% that Trump was celebrating, as consumer spending might be slow to recover and businesses and workers adjust to changes forced by the disease.

Until recently, the Trump campaign planned to use the spring to hammer its Democratic opponent with negative ads while touting the president’s handling of a strong economy. But after the pandemic ignited on American shores, the reelection team has grown increasingly worried about the president’s standing in a series of key battleground states including Michigan, Wisconsin and Florida.

Kevin Pierce’s experience is a warning to Trump. The 24-year-old was a restaurant marketer in Miami who received zero state or federal benefits after a byzantine application process.

“Two applications, and I still have no idea what’s going on,” he said, arguing that Trump and Florida Gov. Ron DeSantis should be punished at the polls. “They both just seem to not care about what’s going on and strictly want to build themselves up. I think it’s on Trump. His administration didn’t take the proper steps.”

But Jeremy Anders, a barber who hasn’t been able to cut hair since March because of Pennsylvania’s shutdown orders, said he will still vote for Trump in November.

“He’s made mistakes and I think he’s too much of an egotist, but I’m still going to vote for him,” said Anders, 36, who lives in the small town of Martinsburg.

The urgency to restart the economy has fueled Trump’s push to reopen locked-down states, even though some in his inner circle express worry because the national infection rates, if the New York City area is removed, continue to rise. There has also been debate about supporting a federal bailout of state and local governments, which account for about 20 million jobs, and, if they don’t receive funding, will surely have to cut workers.

“It was under President Trump’s leadership that the economy reached unprecedented heights in the first place, and he is the best choice to help us rebuild the economy again,” said campaign spokeswoman Sarah Matthews.

The president in office during the onset of Great Depression, Herbert Hoover, was routed in his 1932 reelection bid. Voters also cast out other recent incumbents who presided over sluggish economies, including Jimmy Carter and George H.W. Bush, while Barack Obama was elected in 2008 after Republicans took the brunt of the blame for the collapse of the financial markets that fall.

If that happens again, the GOP isn’t just worried about keeping the White House. Voters who reject Trump may also turn against Republican candidates for Congress. That’s especially concerning for Sen. Cory Gardner of Colorado, which has been trending Democratic in recent years, and could cause problems for GOP Sens. Susan Collins of Maine, Thom Tills of North Carolina and Martha McSally in Arizona, where close presidential races are expected.

For his part, Joe Biden, the presumptive Democratic presidential nominee, has ramped up the intensity of his economic pitch amid the pandemic slowdown. Reacting to the jobs report, he used an online address to blister Trump for economic “failings that have been present since Day One but are coming into sharp relief in the current crisis.”

Though typically overshadowed by Trump’s megaphone, Biden argues the administration offers a false choice between reopening the economy and limiting the casualties of the coronavirus. The balance, Biden says, is a national plan for testing and tracing. And he cast Trump as caring only about the wealthiest Americans, evidenced by Republicans’ nearly $2 trillion tax cut in 2017 and the president’s emphasis on the stock market as “the only metric he values.”

“Conventional wisdom would say ‘It’s the economy, stupid,'” said Adrienne Elrod, a Democratic strategist who was senior adviser to Hillary Clinton’s 2016 campaign. “If good, a president gets reelected. If not, he loses.”

About the author: Josh Boak
Josh Boak is a reporter with the Associated Press.
View More Articles