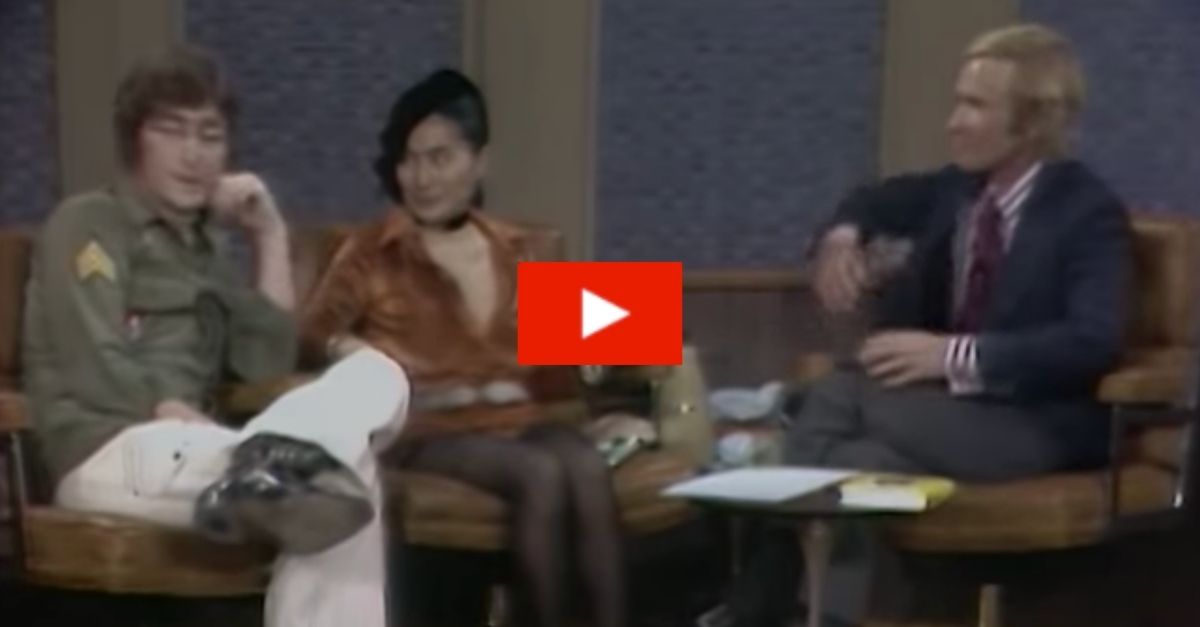 Classic late-night tv shows were more prime in the days they came about compared to now. The Tonight Show Starring Johnny Carson was popular, with so many interviews and skits to fill the years it aired, and the Carol Burnett Show was most definitely a comedy favorite for many. The Dick Cavett Show, however, also featured some of the most iconic interviews, with talk show host Dick Cavett interviewing the most intriguing people in Hollywood to be remembered throughout time. Here are 5 of some of our favorite ones from this ABC talk show hit.

This fiery interview with the legendarily iconic actress highlighted her ability to be a pillar person for women in the industry, as she boldly gets vulnerable while also showing strength. She talks about what it takes to be a woman compared to a man, while also explaining how she does what she wants the way men did during that time. But she also vaguely touches on the power of the parts of her she keeps secret, that also keep her, and everyone else in their own way, motivated to do the things that they do.

Although Cavett started the episode with a well-explained introduction for the comedian, Groucho Marx simply still had to start his interview the way he wanted to, just as comedians always tend to burst right in immediately making everyone laugh. Singing his own little introduction, laughter is already being heard from the audience, and throughout the entire interview, Cavett could barely keep a straight face to keep the conversation going cohesively.

This huge interview was probably one of the most memorable in history because John Lennon explained why the Beatles had broken up as a band. Sitting right there next to him is none other than Yoko Ono, the accused reason for why the infamous band broke up, but Lennon wasn’t going to let the conversation steer negatively. He immediately credits the Beatles’ work after he left, but also defended his love for Ono, basically shutting down any attempts to throw blame.

Another attribute that was so refreshing about the Dick Cavett Show, especially compared to today’s celebrities, is the authenticity of the people being interviewed. Maybe I’m biased, but today’s interviews seem a little more pretentious, and watching a bit of this interview made me feel that way. In a genuine conversation, David Bowie helps emphasize how the lives of rock icons are not so different from their fans, showing that he’s just as human as the next person.

This interview was a little more tough and serious, as Marlon Brando had no problem expressing bluntly how he felt about certain topics. One specific topic that he touched on was rejecting an Oscar for “Best Actor” at the 45th Academy Awards, sending Sacheen Littlefeather in his place to represent the serious social issues that were going on with Native Americans during that time. The event was iconic, putting a staple in smoothly going with the status quo, and Brando was able to touch on that on the Dick Cavett Show.

And these are just a few interviews from the Dick Cavett Show that we love just a little more than the rest. The late show featured interviews with Janis Joplin, Jimi Hendrix, Ingmar Bergman, Bette Davis, Norman Mailer, Orson Welles, Woody Allen, Yoko Ono, Alfred Hitchcock, and so much more. I could go on and on with the list of people interviewed on the show whose episodes are worth checking out (I mean, come on, even Lucille Ball and Muhammad Ali!), but you get the gist. Thankfully, one of the wonderful luxuries this generation gets with modern technology is being able to watch the best clips from the show on its youtube channel.

Be careful though. You might be stuck on the Internet for a couple of days. But that might be better than watching Late Night with David Letterman, anyways.