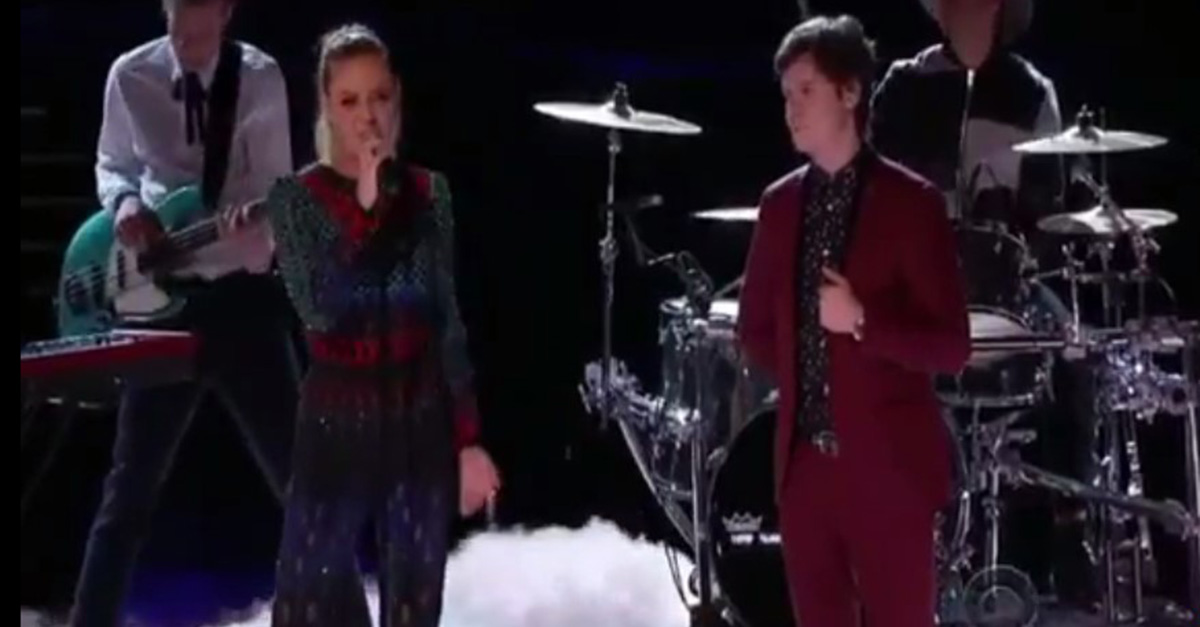 In this clip, Kelsea appears onstage at the famed Staples Center in a colorful, glittery pantsuit alongside Lukas Graham’s frontman, Lukas Forchhammer, who dons a maroon blazer. Lukas croons the first verse of his chart-topper before Kelsea launches into the heartfelt “Peter Pan” ballad. The two, then, intertwine their hits with pieces from each song. Though “Peter Pan” got lost at times in the mashup, Kelsea couldn’t have looked more spunky and confident.

“Peter Pan” was released on March 21, 2016, and appears on Kelsea’s debut studio album, “The First Time.” The album title is quite fitting for the blonde star, as she’s been experiencing many “firsts” lately. In fact, 2017 marks her first ever appearance at the Grammys, as well as her first time performing at the awards show. Not only that, but Kelsea received her first nomination for a Grammy in the all-genre category of Best New Artist. She competed against fellow country star Maren Morris, along with The Chainsmokers, Chance the Rapper and Anderson Paak.

As for Lukas Graham’s “7 Years,” the song appears on the group’s self-titled second studio album and has earned them Grammy nominations this year for Record Of The Year, Best Pop Duo/Group Performance and Song Of The Year.

Watch the video above to see Kelsea and Lukas’ once-in-a-lifetime duet, and tell us what you think!