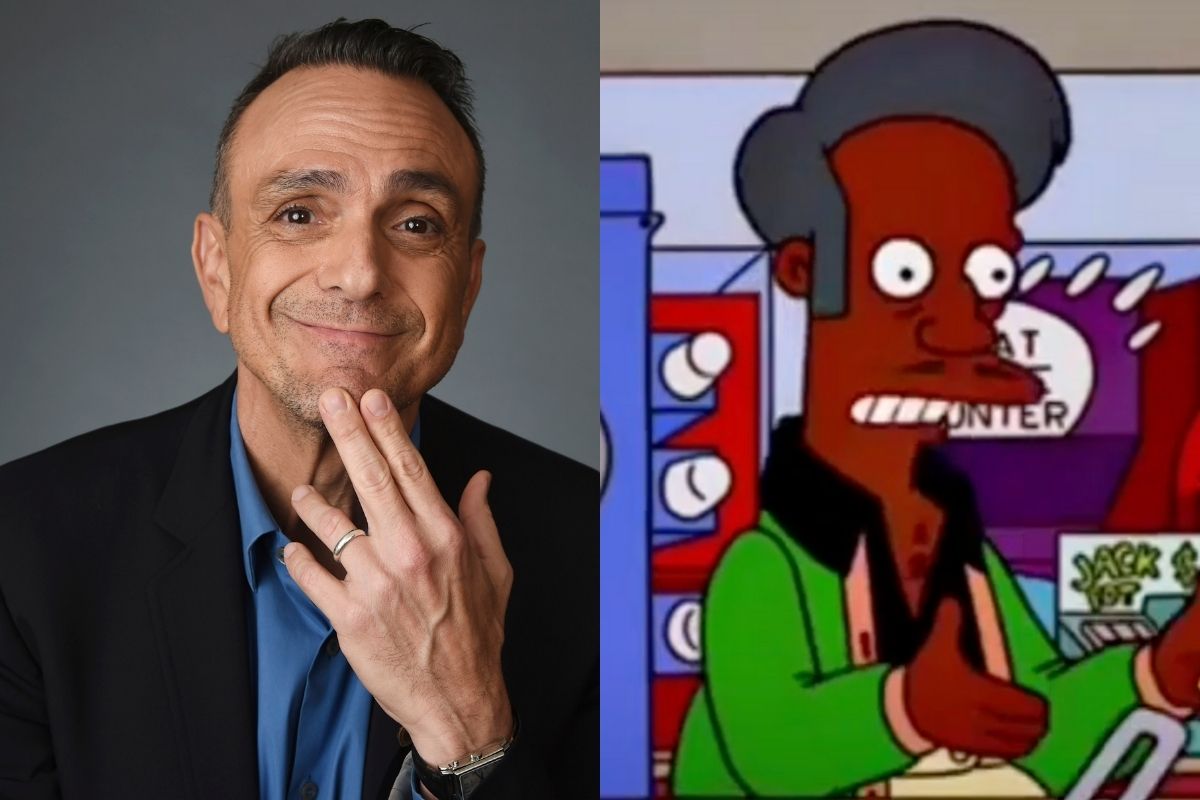 The Simpsons have gone viral (many times) for predicting the future… but one aspect of the show has felt extremely dated: voice actor Hank Azaria’s portrayal of the convenience store owner Apu Nahasapeemapetilon. Now Azaria has apologized publicly for the offensive nature of both the white-washed casting and the Indian caricature.

Hank Azaria joined the cast of The Simpsons during its second season, in 1989, and voices many beloved characters including bartender Moe Szyslak, Police Chief Wiggum, Comic Book Guy, Snake Jailbird, Carl Carlson, Bumblebee Man, and perhaps most famously Apu Nahasapeemapetilon who runs the local Springfield Kwik-E-Mart. His work on the Fox animated series has earned Azaria six Emmys to date.

‘The Problem with Apu’

South Asian-American comedian Hari Kondabolu’s 2017 documentary The Problem with Apu highlights the obvious racist stereotypes that makeup Apu’s characterization on The Simpsons and traces the historical roots of Apu’s “minstrelsy.”

Azaria responded to Kondabolu’s live on The Late Show with Stephen Colbert in 2017, saying that “The idea that anyone, young or old, past or present, was bullied or teased based on the character of Apu, it just really makes me sad.” At the start of last year, he announced that he would no longer voice Apu or the black character Carl Carlson, for similar reasons. Alex Désert has replaced Azaria in the role of Carl and while The Simpsons creator Matt Groening confirmed that the character Apu will remain on The Simpsons, the voice replacement has not been announced.

The Simpsons Star Hank Azaria recently sat down with Dax Shepard and Monica Padman for an episode of their Armchair Expert podcast. The episode was released yesterday and one bit, about the controversy surrounding The Simpsons‘ Apu, has already gone viral. Speaking to Shepard and Padman — who is Indian-American — Azaria apologized frankly and profusely for voicing the Indian character as a white actor:

“I really do apologize. I know you weren’t asking for that, but it’s important. I apologize for my part in creating that and participating in that. Part of me feels like I need to go to every single Indian person in this country and personally apologize. And sometimes I do.”

“I was speaking at my son’s school. … I was talking to the Indian kids there because I wanted to get their input,” he said. “A 17-year-old — he’s never even seen The Simpsons but knows what Apu means. It’s practically a slur at this point. All he knows is that is how his people are thought of and represented to many people in this country.”

Within the episode of Armchair Expert, Dax Shepard acknowledged his own impulse to meet these kinds of situations with immediate defense. Azaria, on the other hand, related his own (relatively calm) reaction to “getting canceled” to his experiences in AA. (Earlier in the show, Azaria spoke at length about his story in the program.) Carefully, he decided to keep his mouth shut until he fully understood the gravity of his role in Apu’s damaging legacy. “If I had not gotten sober… and was still a drunk guy… I would have fired off some tweet… some defensive, white fragile tweet.” But instead, Azaria decided to consider the situation with a clear head and to make amends: “Participating in structural racism in this country is about blind spots. I really didn’t know any better, I didn’t think about it, and that was part of my [relative advantage]… I didn’t think about this stuff because I never had to.”

“There’s not enough representation in general. Like if there was an Indian person on every show, then you could probably do that. But the fact that there’s like three representations and they all seem to be very stereotypical… those are the things that we’re seeing and people are seeing. And for an Indian person… that’s what people around me think Indians are. And they’re gonna place that on me. And I’m gonna have to crawl myself out of that.”