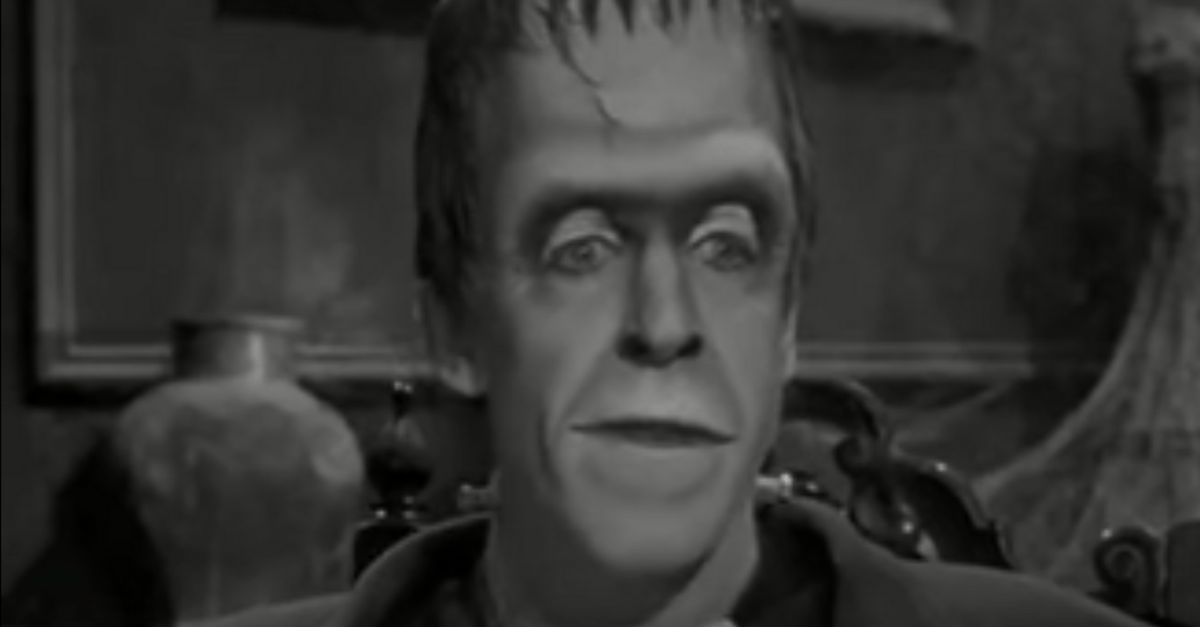 Herman Munster was surprisingly trending earlier this summer when a clip from The Munsters was tweeted in response to Geroge Floyd’s public murder by police officer Derek Chauvin. In the video, the Munster family can be seen sitting around the table. The clip comes from the episode called Eddie’s Nickname when Eddie Munster is getting bullied at school by peers. What Herman Munster says to the household, including his wife, Lily Munster, son Eddie, niece Marilyn Munster, and grandpa Munster is this:

“The lesson I want you to learn is it doesn’t matter what you look like. You can be tall or short, or fat or thin, ugly or handsome, like your father. Or you can be black or yellow or white, it doesn’t matter. What does matter is the size of your heart and the strength of your character.”

Internet users took the words of the lovable Frankenstein’s monster type-character, played by Fred Gwynne, to be as poignant now as they were in the ’60s when the sitcom was on the air alongside The Addams Family, and I Dream of Jeanie.

Some say that the snippet from the Munster family home at 1313 Mockingbird Lane in Mockingbird Heights is reminiscent of Martin Luther King Jr.s “I Have A Dream” Speech in 1963. With a very similar last lime, you can almost imagine Herman Munster having listened to MLK’s words, took them to heart, and made them his own.

“I have a dream that my four little children will one day live in a nation where they will not be judged by the color of their skin but by the content of their character,”

Twitter accounts such as Rex Chapman, the Official account for the Golden Globe Awards, Holly Robinson Peete, rapper Kyle, all retweeted the video and commented on their alliances and agreement. Saying things like:

“I saw that rerun this week. Herman’s words were correct in the turbulent 1960s and now. Horrible that we haven’t learned enough in 55 yrs.” – @Rally

“See @realDonaldTrump, it’s not that hard! If a 1960’s fictional character based off of Frankenstein can do it, so can you !!”

“This is the philosophy I taught my children, we all the same on the inside. Do unto others as you would have done unto you… be kind thank you Herman Munster for being of the biggest heart.”

Watch:  A ‘Father of the Bride’ Reunion is Coming This Week!