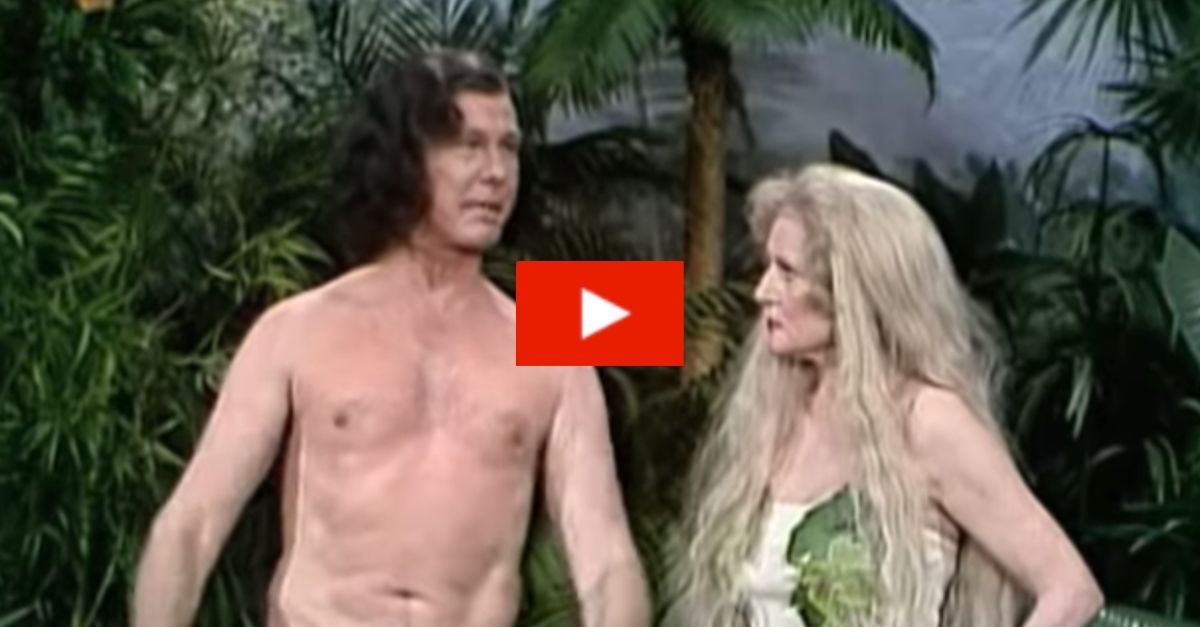 Breaking up is never easy as many people of all ages would know. Whether you’re a teenage boy getting heartbroken by your first puppy love, 30-year-old woman getting a divorce wondering why you married at 21-years-old, or just a married couple who’s been married for over 50 years who just decided to call it quits, it’s always going to be a messy situation with three sides of the story: each partners’ sides and the truth.

The Tonight Show Starring Johnny Carson showcased a funny skit that had exactly to do with just that. I mean, who even remembers the first couple to ever split up and break up? It would have to go far back into Bible times, right? That’s exactly what the Tonight Show explored. What would it have been like if the world’s first couple in the entire world split up? What if Adam and Eve had gotten a divorce? And what better pair to play the famous couple, other than Johnny Carson himself and the wonderful Betty White.

This episode of the Tonight Show with Johnny Carson and Betty White playing Adam and Eve explores what it would’ve looked like if Eve was divorcing Adam. In a hilarious scenario of what ifs combined with actual parts of the story that everyone recognizes, these kinds of imaginations can really only be this classically funny on Antenna TV. It’s the kind of humor that makes a certain generation laugh, reminding everyone that we all can be idiots when it comes to love.

There’s no denying that the Tonight Show showcased the finest comedy America could ever experience. You can’t tell me that more modern interviews with Robin Williams, Steve Martin, Tim Conway, Jonathan Winters, Dean Martin, Don Rickles, Lucille Ball, and many more are better than the classic ones on Johnny Carson’s show. I’m just thankful we can watch Carson episodes highlighting the show’s funniest moments on Youtube now. Modern platforms are probably the only reason why older generations tolerate the cringe-like trending content they have to suffer through today.