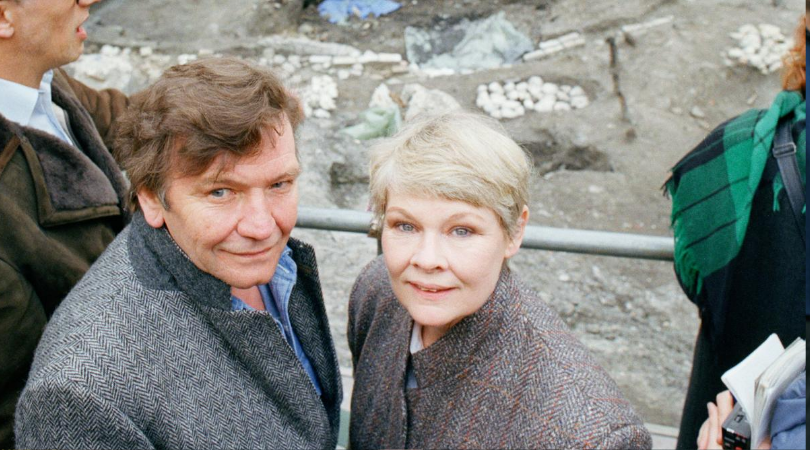 The 84-year-old Dame Judi Dench is known for her roles over the years as an actress. From the James Bond films, Shakespeare In Love, Miss Peregrine’s Home for Peculiar Children, and various others. Judi’s husband Michael Williams was a British actor who died back in the early 2000s.

Actress Judi Dench’s late husband actor Michael Williams was born in Manchester, England, and went to St. Edward’s College in Liverpool. It was reported that he had been suffering from lung cancer and was 65 when he died in January of 2001. During his sickness, his wife called out of several of her Broadway performances including Amy’s View to be with her husband and support him. She and her husband married on February 5, 1971, after having both starred in British sitcom A Fine Romance.

Williams was a Royal Shakespeare Company member for 14 years. He appeared in many productions including A Midsummer Night’s Dream, As You Like It, The Taming of the Shrew, and King Lear. The sitcom wasn’t the last time he and his wife worked together. They were also both in the 1999 film Tea with Mussolini.

A post shared by Famous Moms and Daughters (@celebritymothersanddaughters) on May 23, 2020 at 11:04am PDT

In 1972, Finty Williams was the sole child born to the actors Michael Williams and Dame Judi Dench. No, her parents didn’t give her the name Finty at birth. In full, the actress’ given name is Tara Cressida Frances Williams. She was born in London and started quickly followed in her parent’s footsteps. She started out in theatre plays like Party Piece and alongside her mother, Dench, growing up. She had recurring roles on BBC One’s Born and Bred and has done voice work for children’s animated television series Angelina Ballerina. She also recorded an audiobook narration for “I’ve Got Your Number“.

Finty Williams is also a mother; her first (and only) son, Sam Williams, was born in 1997 when she was 24 years old. Sam’s father, however, is not public knowledge. Sam is an entertainer in his own right. During COVID he and his grandmother have been entertaining the masses with those short-form video dances on Tik Tok (because the royal family isn’t banning it). Sam is also said to be Ed Sheeran’s Doppelganger!