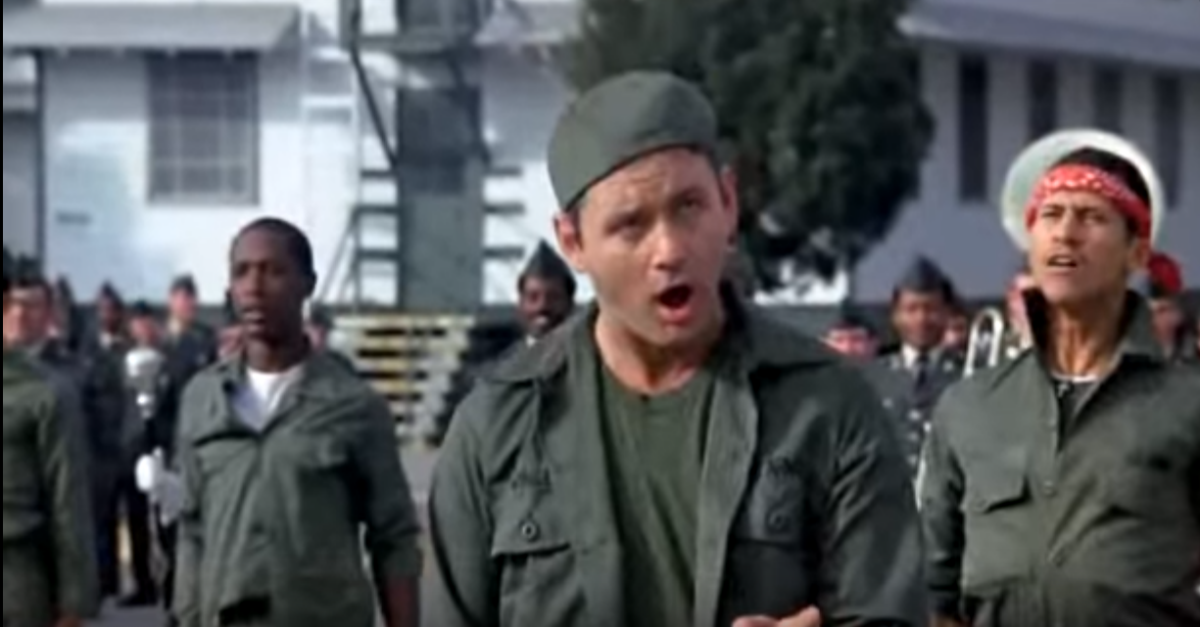 Stripes was indubitably one of the films that put American comedy icon Bill Murray in the spotlight. The young Chicago-raised actor cut his teeth on Saturday Night Live and then in Caddyshack in 1980, with Stripes following the next year.

The film is about a lazy cab driver, named John Winger, who’s bored with city life and joins the army. To his luck, he is placed in a platoon with men, including Harold Ramis who plays his best friend Russell Ziskey, and John Candy who plays Dewey Oxberger or “Ox.”

They all seem to be in similar stages of life and rather content to follow Winger to whatever end. The film ends in typical ’80s style with a big car chase, and Murray does get the girl. It also features Warren Oates as Sergeant Hulka, P.J. Soles as Stella Hansen, Sean Young as Louise Cooper, John Larroquette as Captain Stillman, Conrad Dunn as Francis Soyer or “Psycho,” and Judge Reinhold as Elmo.

Some formats are just too good to tamper with. One of the more iconic scenes in Murray’s acting career comes from this movie, and it’s the graduation scene. Murray’s character, Winger, was motivating the platoon to get ready for graduation after they had completed basic training. Hilariously, they trained all night just to ironically oversleep and almost miss their own graduation ceremony. Running to the parade grounds, the platoon performs well, with their practice clearly showing through. Impressing General Barnicke when he finds out they trained without a drill sergeant, their performance leads them to getting sent to work on his EM-50 project in Italy.

The movie does fine work in putting a comedic twist on what it means to join the U.S. Army. The laughter doesn’t ever really end with mud wrestling, push-ups, and many more scenes that warranted director Ivan Reitman to almost call the film Cheech and Chong Join the Army. If that alternate title doesn’t tell you enough about what kind of movie this is, then you just need to watch the film.

Editor’s note: This article was originally published on January 18, 2017.

Watch: Bill Murray Applied for a Job at P.F. Changs in Atlanta, Because Why Not?