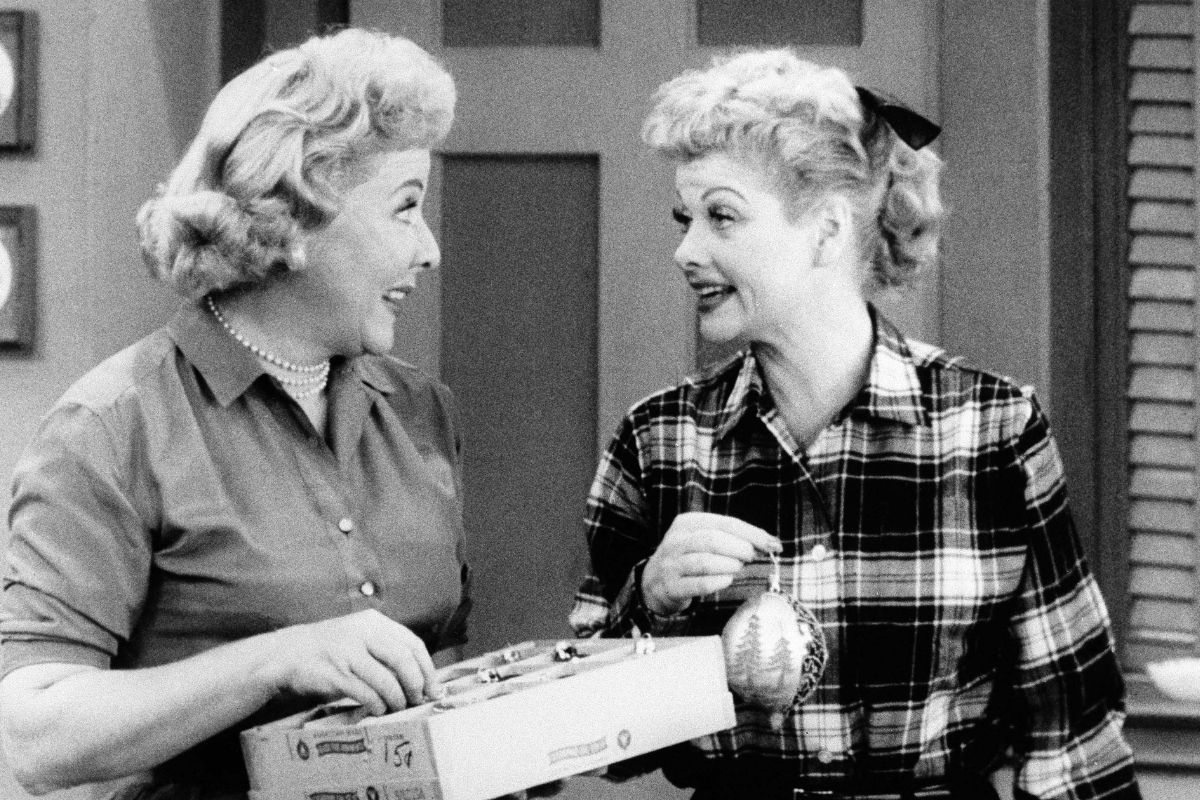 Lucille Ball is one of the more iconic comedians of all time. As reported by the IMDB, after many years acting in movies and on radio serials, she had her own CBS TV show, I Love Lucy, on which she appeared as Lucy Ricardo, a housewife always coming up with wacky schemes that often ended in hilarious, madcap confusion and slapstick pratfalls.

The show co-starred her real-life husband Desi Arnaz, who played Lucy’s bandleader husband Ricky Ricardo, and Vivian Vance and William Frawley, who played the Ricardos’ best friends and neighbors Fred and Ethel Mertz. The show ran from 1951 to 1957 and, per The A.V. Club, “is legitimately the most influential in TV history.” It defined what a sitcom was supposed to be and was among the first television shows to be filmed in Hollywood instead of New York.

The Sitcom That Started It All

Reruns of the show have never stopped showing in syndication, and even people who have never seen a full episode of I Love Lucy are familiar with some of its gags that have become pop culture touchstones: Lucy attempting to get through a commercial for Vitameatavegamin tonic while accidentally getting increasingly drunk on the product in the episode “Lucy Does A TV Commercial”; Lucy and Ethel stuffing chocolates in their mouths as a conveyor belt goes haywire in a candy factory in the episode “Job Switching”; and of course Lucy attempting to make wine by stomping grapes in a grape vat and ending up in a wrestling match with a fellow grape stomper. The famous grape-vat scene was filmed as part of Episode 23, “Lucy’s Italian Movie,” in the show’s fifth season in 1956; it was very nearly the end of both I Love Lucy and Lucille Ball herself.

“Lucy’s Italian Movie” was set in Italy during a series of I Love Lucy episodes in which Lucy and Ricky travel through Europe. Lucy gets a small part in an Italian movie, Bitter Grapes, and misunderstands the role, thinking she will be expected to stomp grapes on camera. She decides to practice her grape-stomping skills with an Italian woman who stomps grapes for a living at a winery.

According to a blog entry by The International Food & Wine Society, Lucy’s acting partner in the grape-stomping scene was an Italian woman, Teresa Tirelli, who was discovered by Desi Arnaz as having actual experience stomping grapes for wine production. This was a rare skill by the mid-1950s, as grapes were by then generally prepared for winemaking by machine. Not only did Tirelli speak very little English, but the episode was her acting debut; she had a translator on set to help her through the scene, but some of the stage directions got lost in translation. Ball later described the feeling of stomping grapes as akin to “stepping on eyeballs,” and as the stomping got underway, she made a little dance out of the process.

When Ball accidentally hit Tirelli in the midst of the grape-stomping melee, Tirelli responded perhaps a bit too enthusiastically. As Lucille Ball later recalled: “Down I went, with Teresa on top of me…She just held me down, hitting me. I thought she was trying to kill me. I had grapes up my nose, up my ears.” To top it all off, the two women didn’t rehearse ahead of time with the actual grapes, so Ball was stomping grapes for the first time while acting for the camera, while Tirelli was acting for a camera for the first time while stomping grapes.

Ball further described the unexpected violence to talk show host Dick Cavett on a 1974 episode of The Dick Cavett Show, per Outsider. Ball explained that she was supposed to wave her arms and legs in the air at some point during the scene as well as pop her head up out of the vat for air. “Well, my head never popped up,” she recounted. “[Tirelli] kept me down by the throat! And I had grapes up my nose, in my ears, and she was choking me. And I’m really beating her to get her off…She didn’t understand that she had to let me up once in a while. I was drowning in those grapes! But to drown in a vat of grapes is not the way I had planned to go.”

Luckily, Ball eventually emerged from the vat of grapes alive and well and went on to bring Lucy fans more classic comedy moments. Lucille Ball died in 1989; she was 77 years old.