What Does The Ramones Logo Mean? 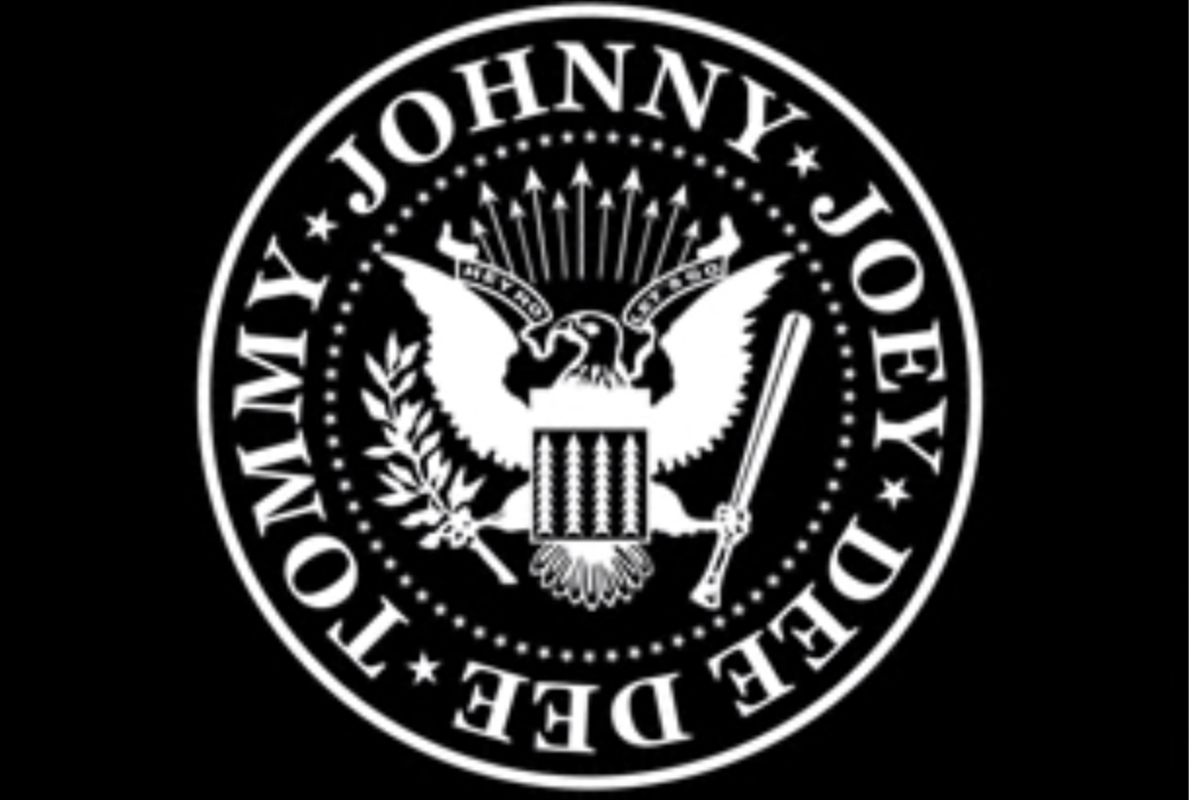 You know the Ramones: Johnny, Joey, Deedee, and Tommy. Their names are emblemized in the Ramone’s classic logo, a seemingly traditional seal that features a bald eagle clutching a baseball bat and an apple tree branch in its talons. The illustrative work is somehow even more American than the United States presidential seal itself. But did you know there is a fifth Ramone? Arturo Vega. A champion of the band, Vega was the Ramones creative director who designed the logo himself.

Who Are The Ramones

The Ramones are considered one of the world’s first punk rock bands. Joining forces during the early ’70s in Queens, New York original band members John Cummings, Thomas Erdelyi, Douglas Colvin, and Jeffrey Hyman set to work on creating more than just a unique sound: the young men were crafting an identity. Taking on the fictional last name Ramone (inspired by Paul McCartney’s occasional pseudonym Paul Ramon), each musician fronted as if they were a real family. The alter-egos Johnny Ramone, Joey Ramone, Deedee Ramone, and Tommy Ramone were born. Their first album, The Ramones, included “Blitzkrieg Bop” and introduced listeners to the bands’ banging, loud, and candid style. But it was not a hit.

With dismal record sales, The Ramones had to make a name for themselves through live performances. In New York City, they became regular fixtures playing at the scenery clubs, CBGB and Max’s Kansas City. While on tour in London, The Ramones joined forces with the Sex Pistols and the Clash to really galvanize the punk movement. Although many bands, such as the Misfits, Iron Maiden, Black Flag, and Motörhead, were exploring the edgy new sound, twisting elements from pop and rock, the Ramones emerged as leaders of the subculture, thanks to charismatic frontman Joey Ramone (former glam-punk– singer, Jeffrey Hyman). Dee Dee Ramone once said that in a city full of artists trying to ape Mick Jagger, “Joey Ramone was unique, totally unique.”

The Ramones live in London

Unfortunately, individualism did not pay the bills. Despite dedicated fandom – and even a venture into film, Rock ‘n’ Roll High School – the Ramones still struggled to sell their music. Enter fifth Ramone, Arturo Vega. A friend of the band, Vega was the creative director throughout the Ramones’ long, rocky, twenty-year run. It was Vega who designed the Ramones’ masterful logo and printed it on t-shirts. Vega controlled all Ramones’ printmaking and shirt sales. Fun fact: the Ramones have sold more shirts than albums. Although the merchandising phenomenon has made this true of countless bands, the Ramones were the first to see their music sales eclipsed by a market for memorabilia.

Although it seems surprising that hardcore, leather jacket-clad punks could be an all-American band, that’s how pioneer Arturo Vega viewed his unconventional cast of friends. But the American spirit of the Ramones is about more than looks: “To me, they reflected the American character in general – an almost childish innocent aggression,” Vega said in Jim Bessman’s biography, Ramones: An American Band. That ineffable soul is channeled directly in Vega’s logo, a send-off of the presidential seal. The base of the design derives from a film photograph that Vega took pointing down at his own belt-buckle. (An old school selfie.) Who would have thought Vega’s Western-style belt would result in a legendary band’s biggest source of income?

From there, Vega replaced the eagle’s olive branch with an apple tree branch – because the Ramones are as American as apple pie. Ironically, Vega traded out one of the United States’ core tenants, peace, in favor of imagery that’s entirely superficial. And maybe that is the most American way. In the eagle’s other talon, Vega replaced the bundle of arrows with a baseball bat. Upending the original seal’s militaristic qualities, Vega created an eagle that is visually austere — but on a closer look, fun, ready for some pie and a game of ball. (Although the punk picture could be viewed through an anarchist lens, the bat was not intended as a force of destruction. In fact, Johnny Ramone was just a baseball fanatic.) The eagle’s beak reads “hey ho let’s go,” a reference to the band’s early singles, “Blitzkrieg Bop.” Encircling the bird are the names of the original Ramone brothers: JOHNNY, JOEY, DEE DEE, TOMMY.

The Ramones would officially continue to play music until 1996. But throughout their tumultuous decades in the spotlight, band members would be replaced and new Ramones aliases would be created. As for the core four, in-fighting, addiction, and exhaustion tore apart their playful family dynamic on the road to success. By 2014, John Cummings, Thomas Erdelyi Douglas Colvin, and Jeffrey Hyman had all passed away. Arturo Vega passed away in 2013. And yet, their contributions to music are immortalized – still printed on millions of t-shirts – through the unforgettable Ramones logo. Their names forever in symbolic harmony.