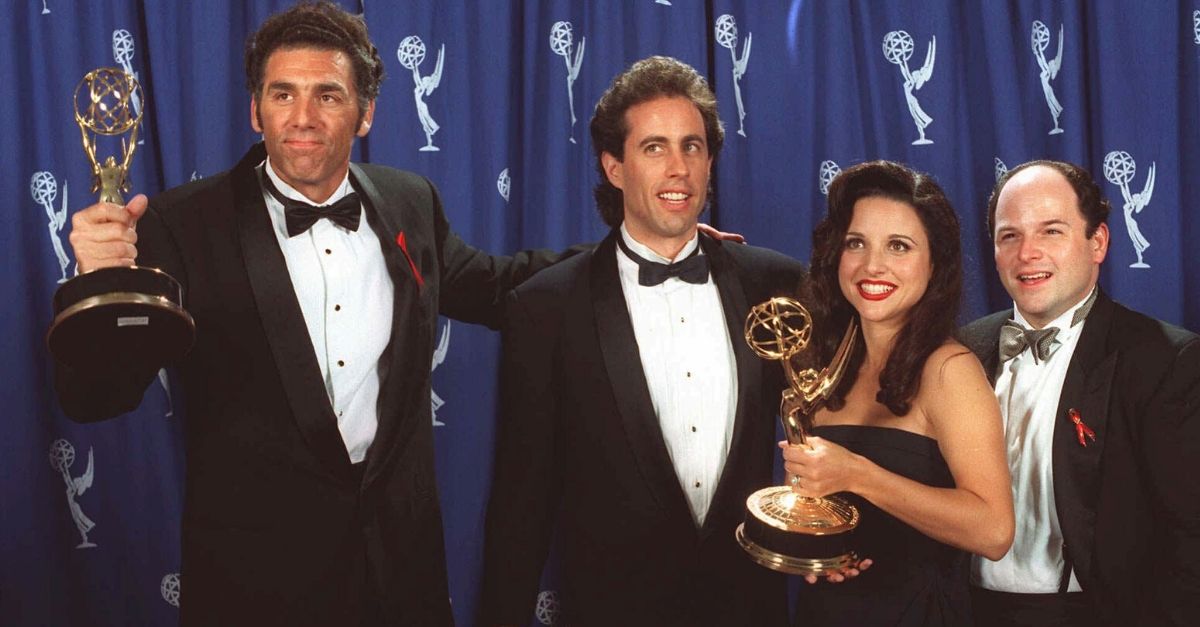 Seinfeld, a show about nothing was one of the successful tv shows about nothing or anything. The comedic stylings of young stand up comedian Jerry Seinfeld paired with the writing of Larry David made the show a hit. The Seinfeld cast brought laughs from 1989-1998, for 180 episodes and an impressive 9 seasons. Here’s what the stars of the show have been up to since the end of season 9.

Howard, now I have two things from you I like – #HowardSternComesAgain and one of yours and @bethostern’s rescues, Ramón.

The show’s namesake and star ended the show on an extremely high note and hit the ground running. After the Seinfeld finale, he started touring his stand-up comedy. The special I’m Telling You For The Last Time was the result. In 2007 he wrote and voiced the Hollywood film Bee Movie, before spending time working on The Marriage Ref series. In 2012, Seinfeld started his popular comedy series Comedians in Cars Getting Coffee, which recently was such a success that Netflix signed him for the show. Netflix also houses his latest special and Tv movies, Jerry Before Seinfeld and Jerry Seinfeld: 23 Hours to Kill.

Thank you @People for featuring me in your first-ever #EarthDay special issue on newsstands nationwid‪e this Friday 4/17! ‬Boy, don’t we ALL know how precious life is these days. Go to my story & swipe up to join me and other environmental activists and learn what you can do to help our planet. @nrdc_org

Elaine Benes i.e. Julia Louis Dreyfus was the show’s leading lady, as Jerry Seinfeld’s ex-girlfriend. Her next gig was The New Adventures of Old Christine for the next four years. Both of which won her Emmy awards. In 2012 she started working on Veep and continued until 2019, winning her six consecutive best lead actress Emmy awards. Julia Louis-Dreyfus’ most recent projects include film Downhill, based on a true story, and she has voice acted in the new film, Onward.

Until today, I have avoided social media completely, but I’ve created this account in order to say something, belatedly, about a person I loved. Jerry Stiller was an absolute treasure. I adored him and loved working with him on 'Seinfeld.' Watch the pool table scene — that says it all – we could really shoot the ball back and forth and that’s what happened between us throughout the series. He was hilarious and a great friend. He’s a legendary showman and he was always an inspiration to me.

Lanky, expressive neighbor Cosmo Kramer, better known monotonously Kramer was played by Michael Richards. After Seinfeld, he fell victim to what many are calling the “Seinfeld curse”. His show, The Michael Richards Show lasted less than a season, an attempt to return to stand-up comedy resulted in a show where he made racially insensitive comments and verbally attacked audience members, which led to his comedy retirement. In 2013, he worked on the Kirstie Alley show, Kirstie. That, however, also only lasted for a season. His notable work picks back up a year ago in 2019 when he appeared in Faith, Hope, & Love.

Jerry Seinfeld’s best friend George Costanza. Costanza was a great friend, if not quite “great” at everything else. The actor, Jason Alexander also did not find steady work. He starred in a show called Bob Patterson in 2001 and Listen Up, afterward. Both shows only lasted for a season. His Guest spots became his main roles, from Friends to Star Trek: Voyager, Criminal Minds, and Malcolm in the Middle, he appeared on many an episode. After almost a decade with the Los Angeles Reprise Theatre Company, Alexander has landed a voice acting role in the Harley Quinn Tv series, as Sy Borgman.