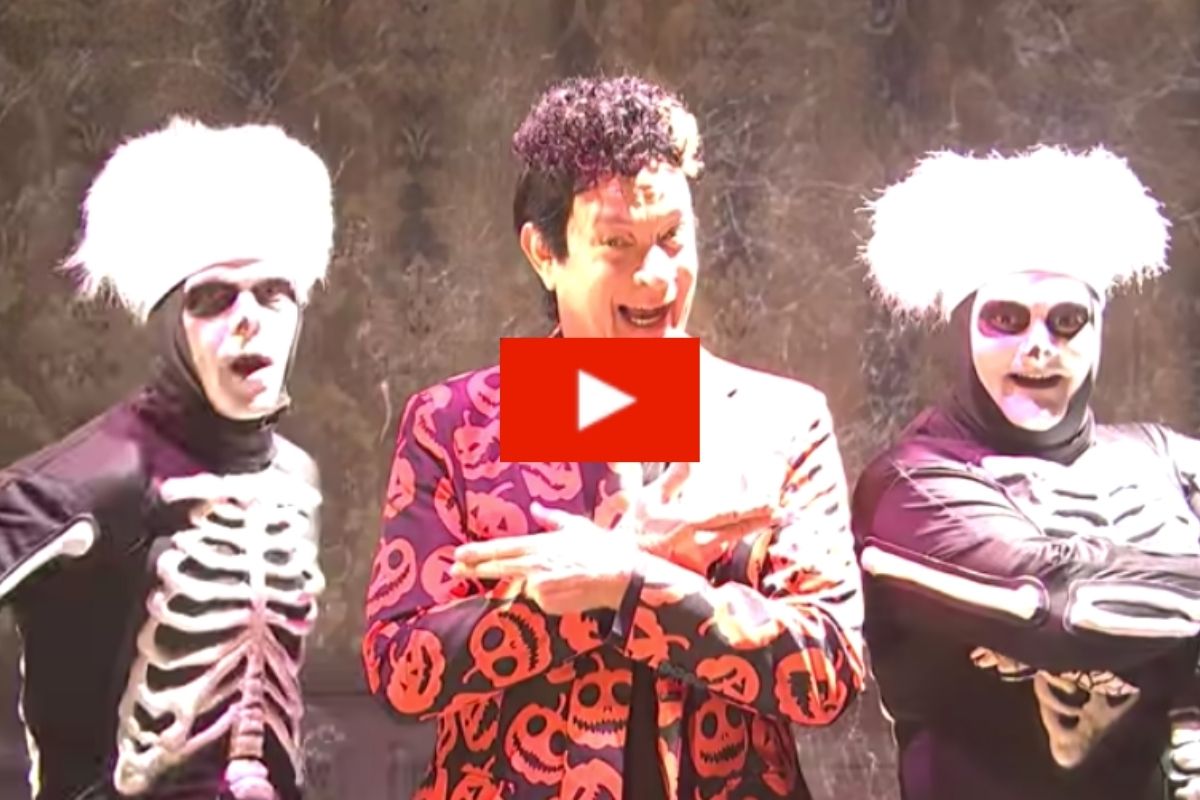 We’ve seen Tom Hanks play all kinds of roles, many of which he’s been commended for. But you don’t see many of the roles, even the comedic ones, as silly as the one he played for NBC’s Saturday Night Live Halloween-themed episode in 2016 for #SNLoween. The beloved David S. Pumpkins character was so annoyingly eccentric and entertaining, it turned into a whole animated Halloween special episode the year after.

The hilarious SNL episode follows a couple played by Kate Mckinnon and Beck Bennett, who are trying to have some Halloween fun by riding a Halloween attraction featuring a haunted elevator called 100 Floors of Frights. Unamused by the first few floors that sport the cheesiest of scares, including decapitated heads and a chainsaw. Kenan Thompson plays the creepy elevator conductor who is supposedly guiding the riders through this actually not-so-scary haunted house.

As the haunted elevator attraction tries and fails at scaring the couple, Thompson brings them to the 49th floor where they all meet David S. Pumpkins, played by Tom Hanks, along with two hilariously skeleton dressed back-up breakdancers played by Bobby Moynihan and Mikey Day. The whole floor looks not even remotely creepy with the flashy set up, making it look like it should’ve introduced a game show instead.

As the David S. Pumpkins sketch continues, the couple addresses how not scary that floor was, as Thompson goes through a couple of more scarier floors. The couple gets a little more frustrated as David S. Pumpkins keeps showing up and performing a really catchy rap song that you hate to have stuck in your head. Since this SNL original character was so wholesomely funny to the audience, the skit turned into so much more after the episode.

In 2017, for Halloween again, Moynihan and Day, along with Streeter Seidell, who all originally created the late-night character, created an episode for a whole new animated tv series for him. It follows David S. Pumpkins and his fellow skeleton friends as they show a young boy and his sister the true meaning of Halloween. It’s not exactly a show to spook, but it’s more endearing than anything.