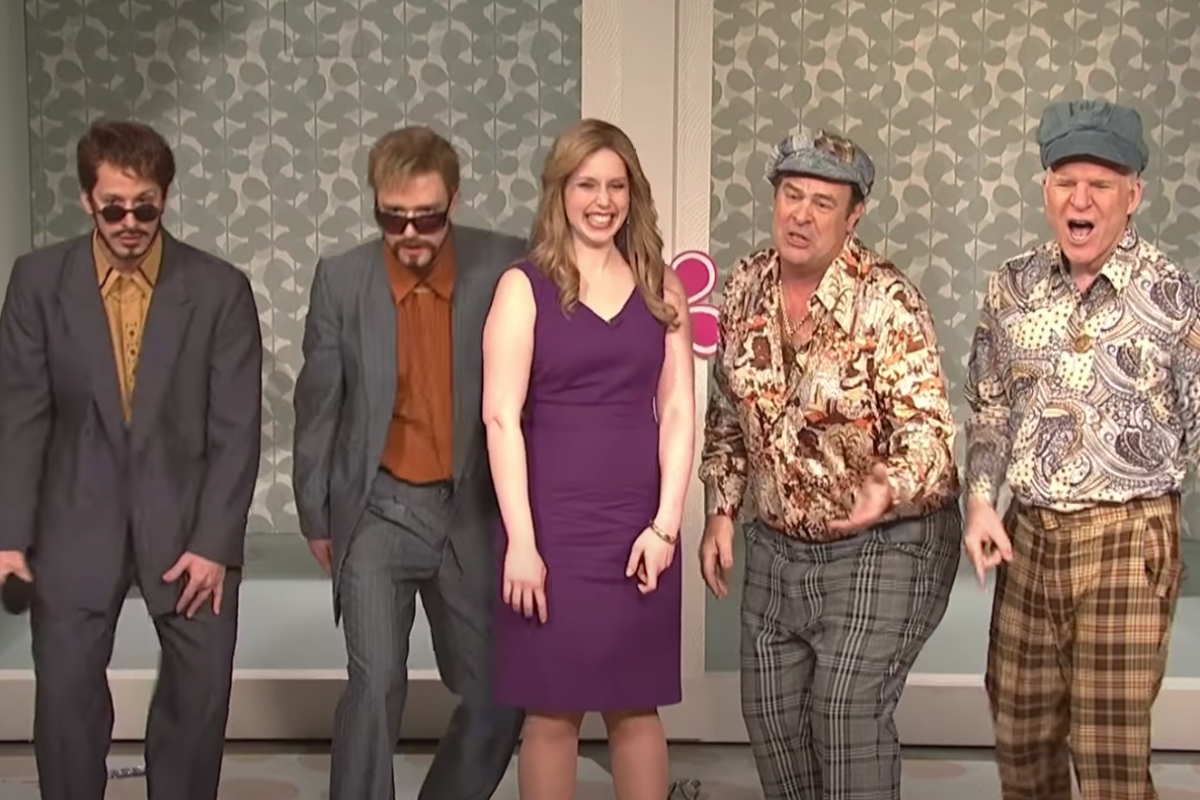 Throughout the history of NBC’s Saturday Night Live, recurring characters and skits have been both a fan favorite and a tentpole for the TV show to routinely lean on. From political cold opens and Bill Hader’s Stefon on Weekend Update, to Dan Aykroyd and John Belushi as The Blues Brothers or Will Ferrell’s seemingly endless string of recurring characters from when he was an SNL cast member, the show’s recurring sketches and characters were always a guaranteed way for the show’s high strung and ever-stressed writers and performers to get laughs.

Although not the first-ever recurring SNL skit, it was two wild and crazy guys who arguably became Saturday Night Live’s first recurring cultural phenomenon. The Festrunk Brothers Yortuk and Georg –played by Not Ready for Primetime player Dan Aykroyd and frequent SNL host Steve Martin — were two culturally inept, swinging Czech bachelors on the hunt for “foxes” and their big American breasts in the clubs and bars of New York.

Their catchphrase, “We are two wild and crazy guys!”, shouted in their thick Czechoslovakian accents, got uproarious laughter and cheers from the audience every time it was uttered (though I’m more partial to their boasting about how their tight slacks accentuate their bulges).

Perhaps the most impressive thing about the staying power of The Festrunk Brothers (or the Wild and Crazy Guys, as they’ve come to be more commonly known) is that the characters have only appeared on Saturday Night Live six times and still somehow became one of the most memorable SNL characters ever.

Their first on-screen appearance, which saw the brothers trying to score with Gilda Radner and Jane Curtin in the basement of an apartment complex, was in the 1977-1978 season. The pair would appear again several times while Bill Murray and the like were still cast members before taking a decades-long hiatus. (Sadly, we never got to see Eddie Murphy’s Mr. Robinson teach the Festrunk Brothers a lesson about prostitutes.)

Martin and Aykroyd resurrected the Festrunk Brothers in the ’90s to pair up with Will Ferrell and Chris Kattan’s “Roxbury guys” (technically called the Butabi Brothers), two clueless American clubgoers cut from the same cloth as their eastern bloc predecessors.

Then, in 2013, Martin and Aykroyd brought thee Festrunk brothers one more time to team up with Andy Samberg and Justin Timberlake’s “Dick in a Box” singers on a dating game show that the foursome somehow all ended up winning.

Watch: Steve Martin Comes Up with Perfect Way for Needy Celebs to Get Recognized While Wearing Facemasks