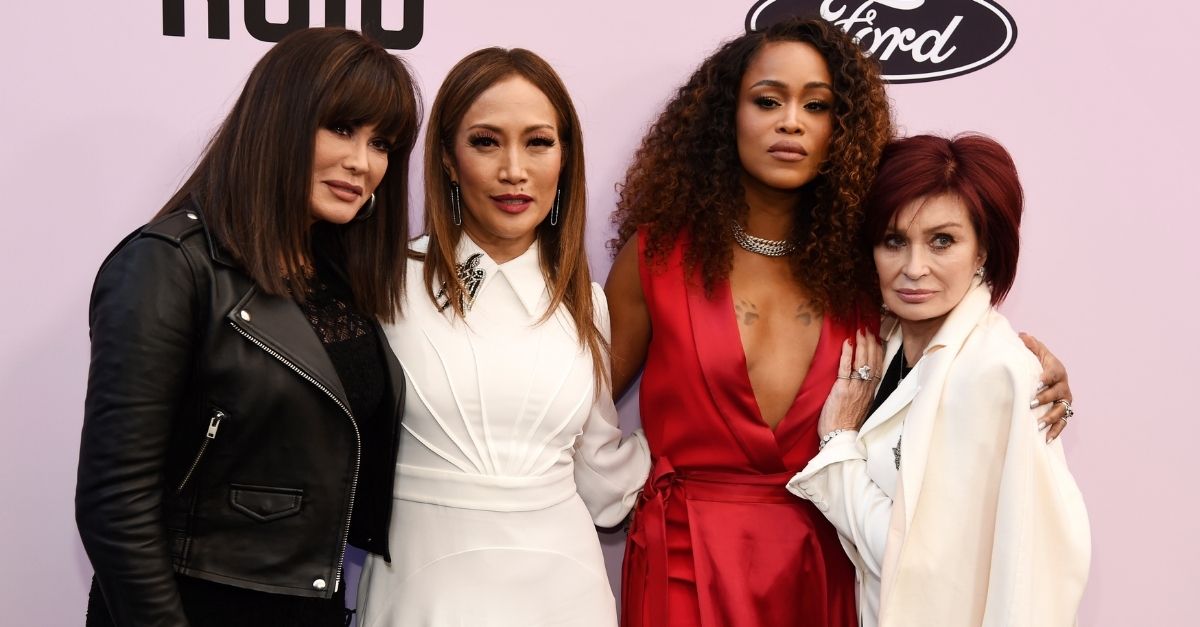 One of America’s favorite Daytime talk show officially has a premiere date for its Season 11! Hosts Sharon Osbourne, Sheryl Underwood, Eve, and Carrie Ann Inaba will return to the studio with a new theme, segment, and yes a new social distanced set to stay safe during the coronavirus pandemic.

According to CBS, the premiere for The Talk is scheduled for Monday, September 21, 2020, at 2 ET and 1 PT/CT airing on CBS and CBS All Access. The four hosts will return for Season 11 with some pretty exciting celebrity guests and their epic theme, ?Speak Up & Be Heard.? The premier comes after a long-awaited return to the set after hosts began shooting the show form their own home back in March when COVID-19 social distancing guidelines began.

The Talk first debuted on October 18, 2010, where similar to The View, the hosts discussed current events, latest headlines, personal experiences, and human interest stories while engaging in an open conversation between them. The show was developed by actress and host Sara Gilbert, who is also an executive producer. Previous members who have since moved on include Aisha Tyler, Leah Remini, Holly Robinson Peete, Marissa Jaret Winokur, Julie Chen, Marie Osmond, and Sara Gilbert.

During the first week, the Daytime Emmy Award-winning talk show will kick off with some amazing celebrities, including Drew Barrymore, Sterling K. Brown, Jenny McCarthy Wahlberg, Dr. Phill, and Ayesha Curry. But, before we dive in more into the show, let?s break down the hosts to see who will be on our screen every day.

Sharon Osbourne is no stranger to television reality series after starring in her own family series The Osbournes on MTV, which followed the life of the family from 2002 to 2005. She is the wife of heavy metal singer-songwriter Ozzy Osbourne and also served as his manager for a period of time. The couple is parents to three children, Jack Osbourne, Kelly Osbourne, and Aimee Osbourne.

It?s no secret that the 67-year-old is a very talented businesswoman, appearing as a host and a judge for TV shows such as The X Factor and America?s Got Talent. She even hosted her own television talk show, The Sharon Osbourne Show, from 2003 to 2006 and was a contestant on NBC?s The Celebrity Apprentice.

Osborne joined The Talk in 2010 and is one of the first panel members. Osborne also won an Emmy in 2017 for the Outstanding Entertainment Talk Show Hosts Daytime. During her career, the mother of three has released three autobiographical books and one novel. Her first autobiography, Extreme, reportedly debuted at number one on the Sunday Times bestseller list, where it remained for a total of 15 weeks and sold over 621,000 copies, which became one of the biggest selling autobiographies since British records began.

#Ad I hit the ground running in 2020 with the help of my daily Metamucil. What are you waiting for? Join me and sign up for Metamucil’s Two-Week Challenge. Click the link in my bio to learn more! #MetamucilPartner

Sheryl Underwood is one of the most well-known television hosts in the United States. The 56-year-old is an American comedian, actress, and host, rising into prominence in the comedy world as a first female finalist in the 1989’s Miller Lite comedy search. She stepped in as a CBS daytime talk show host with The Talk in September 2011. It’s her humor along with the ability to find humor in “inappropriate situations” that have made her a very integral part of the show. A lot of fans enjoy her contribution to the show especially seeing how well she bonds with other co-host and celebrity guests.

Underwood obtained a bachelor of art degree in Liberal Arts from the University of Illinois at Chicago and a master’s degree in media management and mass communication from Governors State University. Fun fact, she even served in the US Armed Forces, frequently making several jokes about the creative places “one and getting busy” on a military base. Safe to say this woman has humor. In 2011, Underwood sadly reveals that after dating 7 years, her husband, who reportedly suffered from clinical depression, had died by suicide after they had been married for three years.

Eve Jihan Jeffers-Cooper, who usually just goes by Eve, is a woman of incredible talents. She is a Hollywood actress, rapper, singer, songwriter, and talk show hostess who joined the cast of The Talk in November 2017. Eve replaced former co-host Aisha Tyler. Eve is a well-known hip-hop recording artist who has won several Grammy awards, including one for her successful song Let Me Blow Ya Mind in which she collaborated with singer Gwen Stefani.

She made it to number 48 on the 50 Greatest Women of the Video Era list made by VH1. The singer hosted the 47th Annual Daytime Emmy Awards with Sharon Osbourne, Sheryl Underwood Carrie Ann Inaba, and Marie Osmond on June 26, 2020. She then received a second Daytime Emmy Award nomination for Outstanding Entertainment Talk Show Host along with The Talk co-stars in 2020.

The rapper began dating Maximillion Cooper In 2010 we became engaged on December 28, 2013, and married on June 14, 2014, in Ibiza Spain. She is a stepmother to four stepchildren.

So fun joining @henryholland on his new podcast @whatwereyouthinkingpodcast to speak all about some of my most iconic looks throughout my career. Loved seeing you again @henryholland! 💜💜

Carrie Ann Inaba is no stranger to the celebrity entertainment world after partaking in Dancing with the Stars on ABC television network. Inaba also appeared in the Austin Powers’ Goldmember film, as the role of Fook Yu. She’s first started her career in Japan as a singer and a very well known talented dancer. She became an actress and joined the cast of Fly Girls as an original member on Fox’s sketch comedy series. She also appeared and In Living Color between 1990 through 1992.

Continuing with her success, she became a producer for the Broadway show Burn the Floor at New York’s Longacre Theater. In 2018, she was later awarded the Visionary Award by East-West players, which is the oldest Asian Pacific American Theater Company in the US for “helping raise the visibility of the Asian American community through theater, film, and television.” In January 2009 she officially joined The Talk replacing Julie Chen.

So there you have it, These talk show hosts are ready to make their debut, again, on the big screen. Along with the premiere week’s impressive guests, the Primetime Emmy Award talk show is meeting your signature segment. These include The Daily Catch Up, The Talk Talks Back, Eat Up, Feel Good Friday, Having the Talk. Osbourne, Underwood, and Inaba will all return to their Los Angeles studio, while Eve joins then remote from a studio based in London. Guests will appear live on the show via Skype.