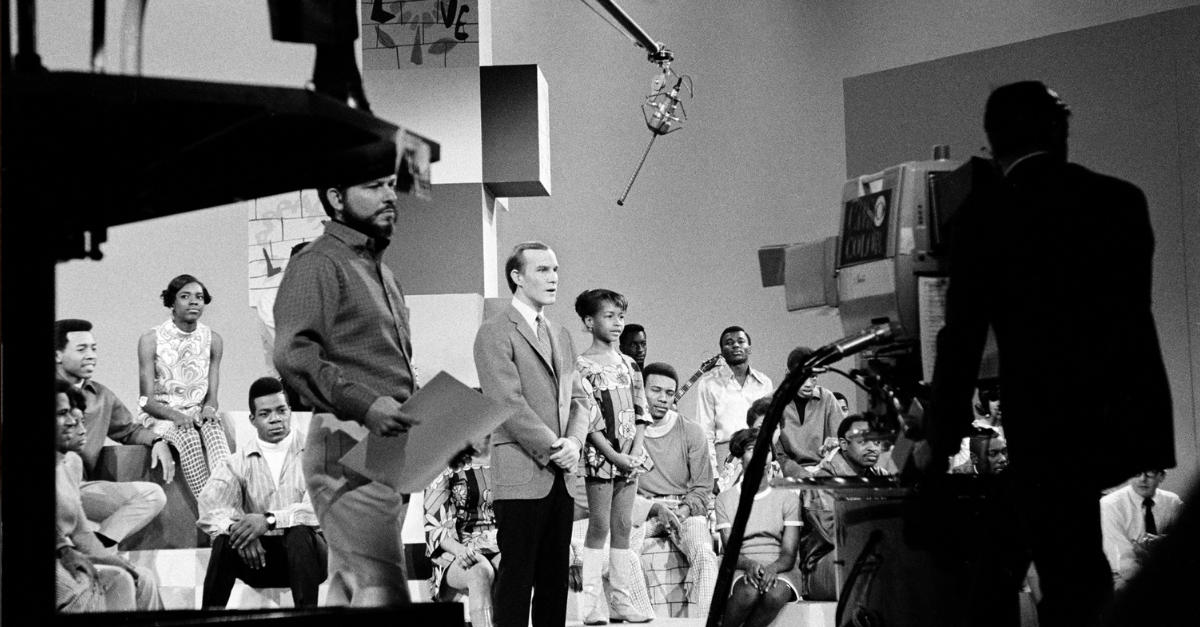 “The Smothers Brothers Comedy Hour” was known for having a clean-cut, rule-following appearance. But they secretly were envelope pushers. Hence, allowing The Who to come on the show and cause a ruckus on September 17, 1967.

The Smothers Brothers comedy hour often featured acts that may not have been put on other comedy-variety shows of the time. Although, the later Pat Paulsen’s “Half A Comedy Hour” was similar. Tommy Smothers and Dick Smothers welcomed a blacklisted Pete Seeger on the show, and CBS ended up cutting part of his set because the network found a verse in his song “Waist Deep in the Big Muddy” offensive. The show also featured “Lord, Don’t Stop the Carnival,” performed by Harry Belafonte with a background of a video recording of the police brutality at the 1968 Democratic National Convention. CBS also didn’t like this, (although it was only true and real), so they cut it from the show, and used the remaining minutes of dead air to make money- or campaign ads when CBS further tried to stifel the Smothers Brothers TV show by censoring skits.

The irony in this situation is that the Smothers Brothers Show was contracted to obtain young viewership, and they showed what young viewers wanted: talk of civil rights, rock bands, stand-ups, and conversations about the Vietnam war. Hence, performances from Steve Martin, The Doors, George Carlin, bands like Buffalo Springfield, Jefferson Airplane, and Joan Baez were favorites. One episode in particular, with David Steinberg really riled up the network, as he was giving “satirical sermons”. This ultimately led to the show’s cancellation. However, the Smothers Brothers did get nominated for two Primetime Emmy Awards for outstanding variety programs.

However, in 1969, the show faced cancellation and was replaced by a more vanilla type of show, “Hee Haw.” It was already upped for another season by the time it was cancelled. So, Dick and Tom Smothers filed for a breach of contract against that oppressive CBS. In the end, the network paid them about $916,300 for doing so. The show was then moved to ABC the following year. But before that, here’s what happened when they let The Who play.

The Who on The Smothers Brothers Comedy Hour

The Who was the typical rock ‘n’ roll band. You know, playing loud, getting kids riled up and yelling about their generation. That’s the song they played that night: “My Generation”. It was all pretty standard until the end- and that’s where things got spicy. At the end of the set an explosion went off from Keith Moon’s drums. He’d loaded the explosives into his drum kit before the set. And, yes, some rockstars were harmed in the making of this prank, unfortunately. Shrapnel from one of his cymbals injured Moon. Pete Townshend almost lost his hearing from the bang. Singer Roger Daltrey smashed Tommy Smothers guitar as his bandmates smashed all of theirs.

If you want to know more about the Smothers Brothers, check out “Dangerously Funny: The Uncensored Story of ‘The Smothers Brothers Comedy Hour'”. The book was written by David Bianculli, who makes a case for the show’s impact on pop culture. The book, of course, it available on Amazon, today’s big brother of online shopping.

Watch: Keith Moon?s Final Performance with The Who