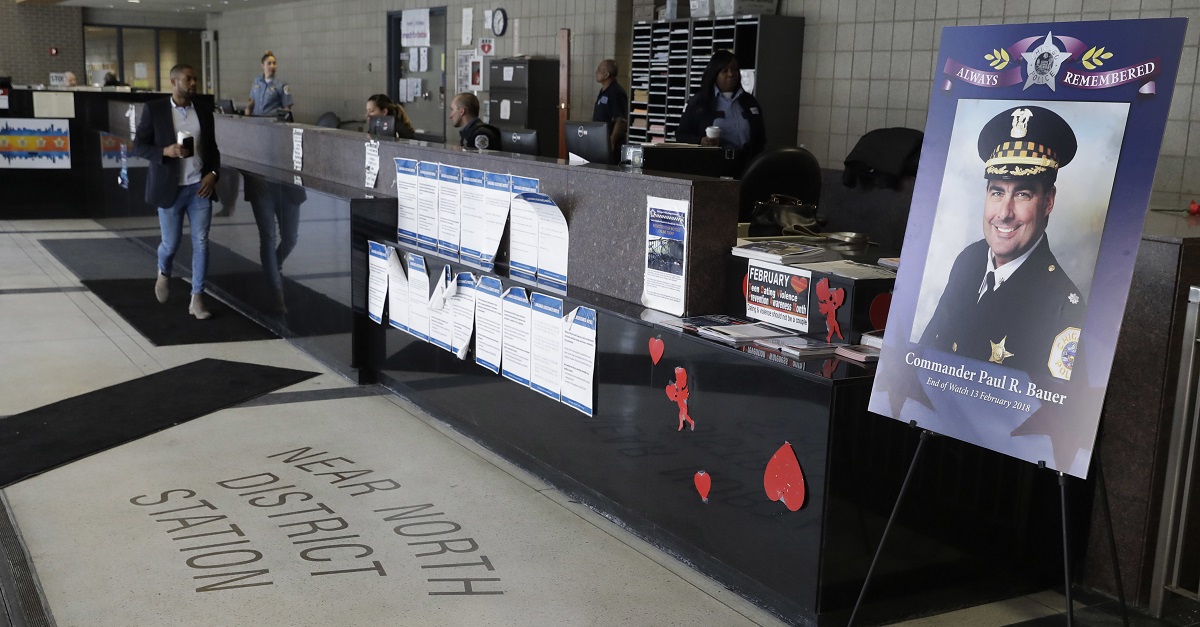 A new police and fire training facility in Garfield Park will be named in honor of the recently murdered police commander Paul Bauer.

Last Tuesday, officers were discussing a suspect in the Loop on the police scanners. According to department spokesman Anthony Guglielmi, Bauer heard the scanner traffic, saw a man matching the description, and decided to pursue.

Bauer then chased down a man that tactical officers were previously trying to stop. Bauer confronted the suspect at the Thompson Center but after a struggle, he fired a gun at the 31-year department veteran and killed him.

Thousands were in attendance for Bauer’s funeral over the weekend.

“Paul Bauer may be gone from this earth, but his legacy as a great police officer and a great man will live on forever,’’ said Mayor Rahm Emanuel in a statement. “For decades to come, every police and fire recruit learning to protect and serve Chicagoans will train in the Paul R. Bauer Academy, and be inspired by the example he set for us all.’’

“Commander Bauer earned the respect and admiration of his police officers as well as this city because he did his job with sincerity, professionalism and kindness,’’ said Chicago Police Superintendent Eddie Johnson in a statement. “The way he lived his life should serve as an example for every police officer and that is why I am proud to have his name on our new Public Safety Training Academy.’’

The new training facility will be in West Garfield Park and the plans for the center has previously drawn protests and criticism.

The facility will cost $95 million and those opposed to the center believe that money can be spent in better ways around the city. One of the centers detractors? Chance the Rapper.

“Financially, this proposed plan doesn’t make sense. We don’t have $95 million,” he said. Chance and other activists have called for the money to be used in other ways such as funding mental health services and schools.

Chance noted that Orr Academy, not far from the proposed facility site, has done wonders with even a fraction of that amount.

RELATED: Donations for fallen CPD commander now being accepted by his family

“The school, with just $100,000 in three years, is about to make some transformative changes,” he says. “It would be awesome, though, if we could get them pools at their school, or a new library, or a museum, or any of the things that are proposed in the budget for this $95 million cop academy.”

As of now, the city still needs to come up with $37 million to build the training facility.