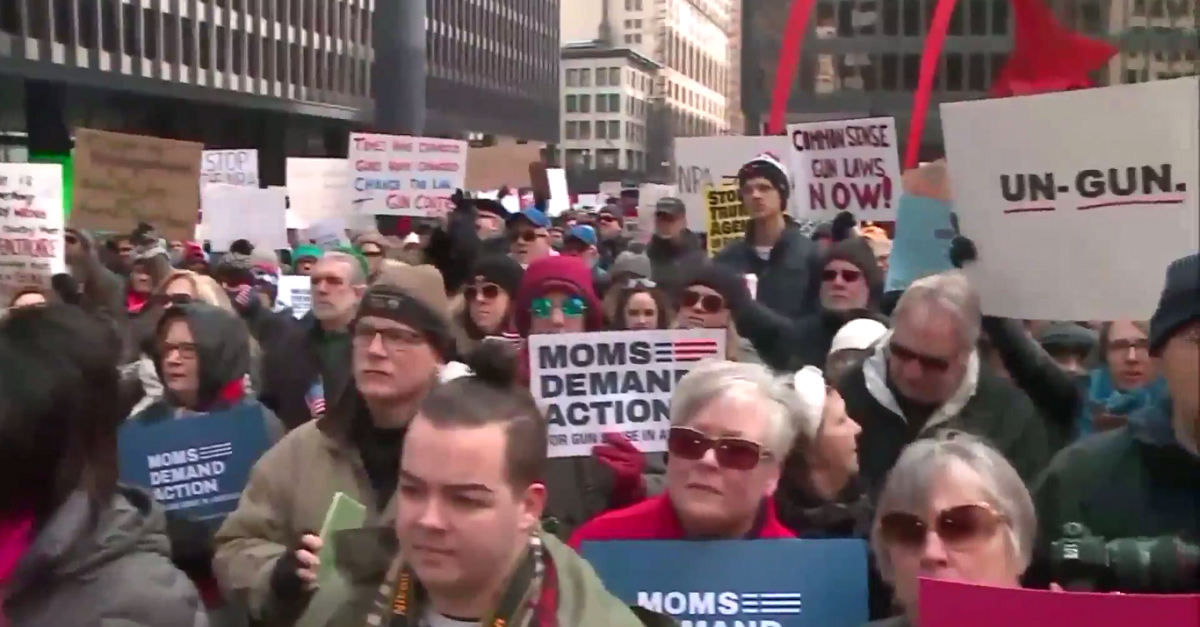 The rally was in response to the recent mass shooting at Marjory Stoneman Douglas High School in Parkland, Florida, where Nikolas Cruz murdered 17 people with an AR-15 assault rifle.

RELATED: Florida teacher?s sincere response to the murders of 17 shared 600,000 times ? and counting

The march took place from Federal Plaza to the Trump Tower as an appeal to both local lawmakers and the President to take action.

“We’re standing up, we’re here to make a difference,” said Jacquie Algee, who lost her son to gun violence in 1995.

WGN noted that there was a large amount of young protesters among the group at the rally.

“I think it?s absurd that nothing has been done. So many people have died, so many people are in danger and I think something needs to be done now,” 15-year-old Olivia Stitley added.

Naturally, there were counter-protesters as well, including a member of the NRA who suggested that this tragic shooting never would have happened had the teachers been armed.

Protesters across the country will continue to spread their message on March 24th with a march on Washington D.C. Multiple other school walk-outs and rallies have been called for as well, including on March 14th (the one-month anniversary of the shooting), and on April 20th which will be the 19th anniversary of the Columbine shooting.

Students at Marjory Stoneman Douglas have been active in making their voices heard and that now is the time to say #NeverAgain.

?People keep asking us, what about the Stoneman Douglas shooting is going to be different, because this has happened before and change hasn?t come?? Cameron Kasky, an 11th-grader told ABC News. ?This is it.?

Students at a high school in Michigan have also created a petition on change.org calling for lawmakers to enact stricter gun legislation.

?Adults have failed us,? the petition read. ?Everyday, we students walk into school with the promise of an education without threat of violence. However, it has become increasingly clear that hallways of schools across America are no longer a guaranteed safe haven. Whether it?s an elementary school in small-town Connecticut or a high school in Florida, it?s become apparent that school shootings are becoming an expected part of American life.?