Menu
Follow us
Search
Menu
Search
Omar Araujo cuts down a dead tree at Meyer in the morning fog Thursday, Dec. 29, 2011, in Houston. Over 1800 dead trees are being removed from the park due to the ongoing drought. (AP Photo/David J. Phillip)

A Dallas woman prefers the high life – up in a tree.

Sixty-seven-year-old Jeri Huber reportedly climbed up a tree outside of her home to stop Oncor, an electrical company, from removing it.

Huber was briefly successful in stopping removal of the tree after she refused to descend, but the electrical crew said they would be back with a restraining order.

This isn’t the first time Huber has taken on the man to save the trees; six years ago, she climbed another tree with a BB gun to stop Oncor, an effort which was ultimately unsuccessful and earned Huber a temporary restraining order.

In a statement from Oncor, officials explained the necessity of tree trimming “to keep local residents safe” and to “ensure reliable service to […] the city.”

The Texas electrical company was true to their word this time around, and Huber was ultimately served with a second temporary restraining order after her ascension. In an interview with CBS after she was forced out of the tree, Huber concisely expressed her concerns:

“When did we lose our rights as property owners?”

Many Houstonians can empathize with Huber, and the city is continuously working to up its commitment to go green.

Get to know more about some of Houston’s green initiatives and plan ahead before you get involved with anything tree-related in the future. 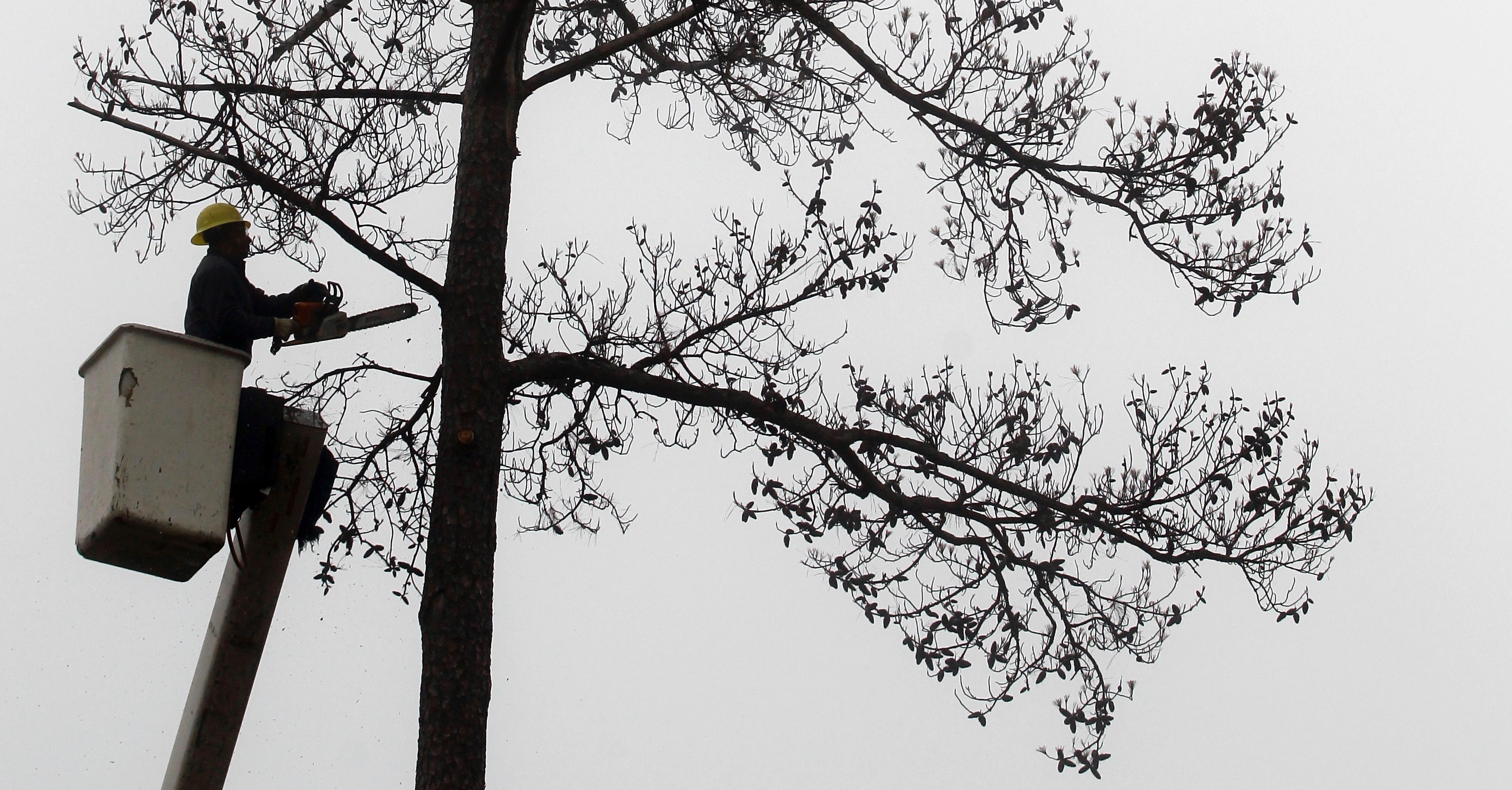