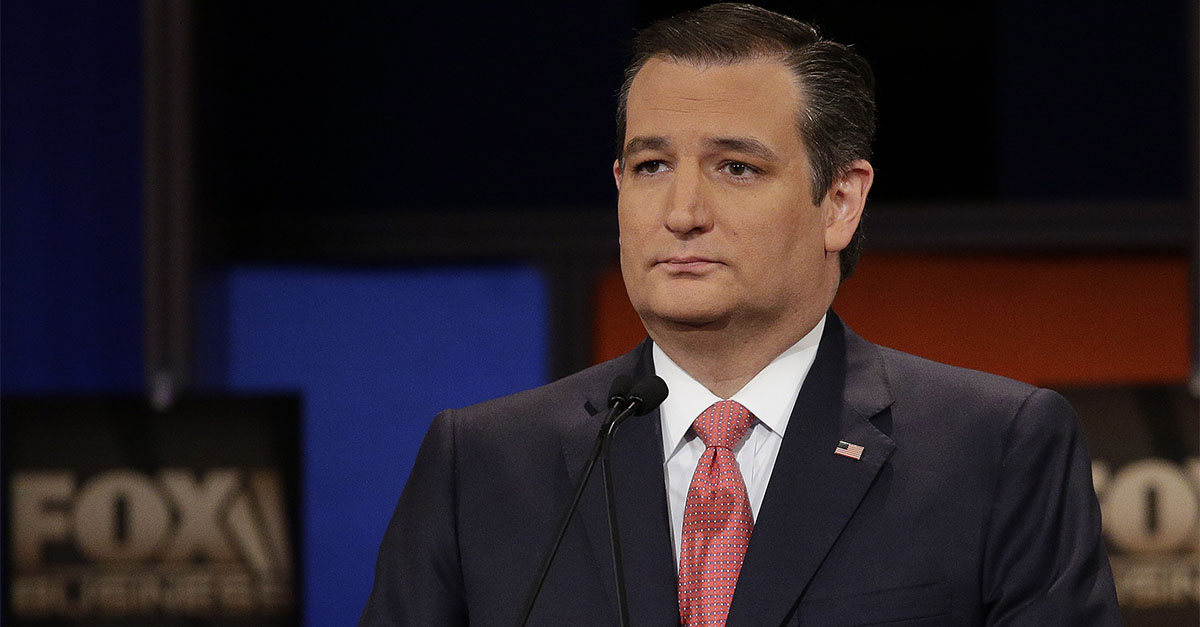 U.S. Senator Ted Cruz stood alone against the rest of the Senate Monday by voting “no” against a GOP proposal to begin debate on immigration policy — a move many believe will result in an agreement on Deferred Action on Childhood Arrivals (DACA).

The Senate voted 97-1 to proceed with a debate on an unrelated House bill providing a shell of an immigration bill, as well as a proposed amendment sponsored, in part, by Texas’s senior U.S. Senator John Cornyn.

The amendment favored by Democrats would create a path to citizenship for the 1.8 million “Dreamers” who were brought to the U.S. as children illegally by their parents. In exchange, Republicans would get an additional $25 billion for border security and a tighter legal immigration policy.

Cruz opposes any path to legal status or citizenship for anyone who came to the country illegally, including the Dreamers.

“I do not believe we should be granting a path to citizenship to anybody here illegally,” Cruz said at the Capitol last month, as reported by the Houston Chronicle. “Doing so is inconsistent with the promises we made to the men and women who elected us.”

Many Dreamers claim they have no memory of the country where they were born.

President Donald Trump has proposed a path to citizenship for the 1.8 million Dreamers residing and working in the U.S., but they currently linger in limbo as Congress debates the best way to proceed.

RELATED: Texas Republicans fight for federal funding for Harvey recovery despite voting ‘no’ on other recovery requests

“The only no vote to begin debate on immigration was the Cuban that was born in Canada,” Hinojosa said.

Cruz’s opponent for his U.S. Senate seat, U.S. Rep Beto O’Rourke of El Paso, also criticized the decision, highlighting the fact that Cruz appears unwilling to work with his fellow senators to carve out a new immigration policy that helps Texas.

Texas should be leading the country in rewriting our immigration laws to reflect our values and experience. Instead, our senator is the only one not at the table. https://t.co/rV1G1PayY7

The Senate will consider several measures for confronting the current immigration issues as they struggle to reach enough votes to pass legislation.