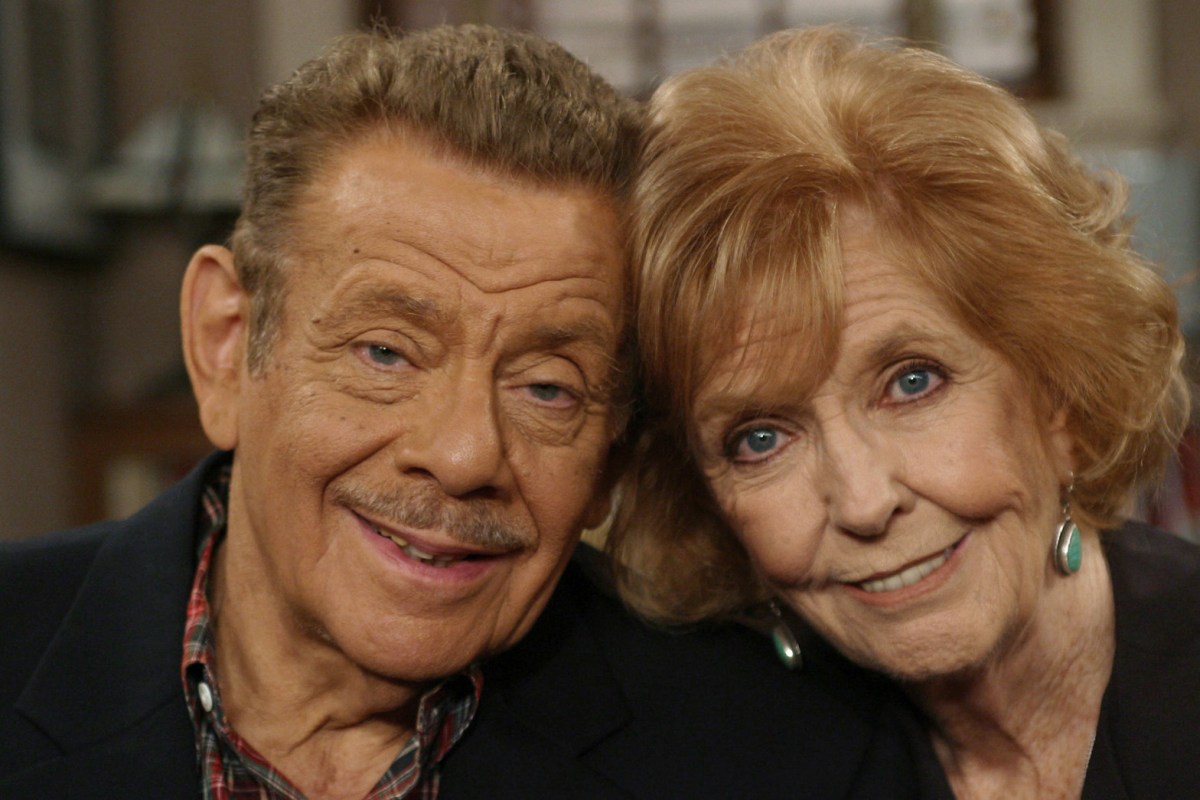 Associated Press
Jerry Stiller, left, and his wife Anne Meara pose on the set of "The King of Queens," at Sony Studio in Culver City, Calif., Nov. 6, 2003. (AP Photo/Stefano Paltera)

Ben Stiller isn’t the only funnyman in his family. His father, Jerry Stiller, is also a comedy legend who has delighted stage and screen audiences for decades.

Here are some fun facts about the patriarch of this Hollywood brood (wife Anne and daughter Amy are also actors).

As a young man, Stiller fought in World War II. He received a bachelor’s degree in Speech and Drama from Syracuse University in 1950. In 1953, he met Anne Meara, who became his partner in both life and comedy. They married the following year.

3. He Performed Comedy with his Wife

Stiller and Meara performed as a comedy duo for decades, appearing in nightclubs and on television programs like “The Ed Sullivan Show.” They also briefly starred in their own sketch comedy show, “Take Five with Stiller and Meara.”

4. The Couple Received a Hollywood Star Together

In 2007, Stiller and Meara received a star on the Hollywood Walk of Fame, becoming only the fourth married couple to accept the honor.

5. He Played Frank on Seinfeld

To younger generations, Stiller is perhaps best known for playing Frank Costanza on “Seinfeld.” The character was introduced in season 4, but was first played by actor John Randolph. Stiller replaced Randolph in season 5 and stayed in the role until “Seinfeld” ended its run in 1998. His role as Frank got him an Emmy nomination in 1997.

6. He was on King of Queen with Wide Anne Meara

He was then cast as Arthur Spooner on “The King of Queens” at the insistence of the show’s star, Kevin James. Anne Meara played Veronica Olchin, Spooner’s love interest, and eventual wife.

7. Stiller Liked Acting with his Kids

Stiller liked to act with his kids, especially Ben. The father-son duo starred in Zoolander, The Heartbreak Kid, and Zoolander 2 together. On his own Jerry starred in movies such as Hot Pursuit, Teacher’s Pet, and The Taking of Pelham One Two Three.

Jerry Stiller also wrote two books: Festivus: The Holiday for the Rest of Us and his memoir, Married to Laughter: A Love Story Featuring Anne Meara. His wife Anne Meara passed away of natural causes on May 23, 2015, at age 85. She and Stiller were married 61 years.