Mariah Carey is best known for her incredible five-octave vocal range, but she’s almost as well-known for her ability to throw shade at her haters.

In a video uploaded to the “Watch What Happens Live with Andy Cohen” YouTube channel on March 16, 2017, Cohen reminisced about some of the best moments he’s had on his show with the pop superstar. Cohen began the segment by expressing how much he enjoys having Carey on the show, even when she’s running late and Cohen has to wait for her to show up once the live show has already begun!

RELATED: Mariah Carey steps out with her new beau, and people are loving the romance

First, Cohen shared the infamous clip of Carey cleverly navigating a response to a question about rapper Eminem, with whom Carey openly feuded in the early 2000s. Eminem confirmed to Rolling Stone in an interview that the two musicians had a fling and Carey publicly denied the allegation, prompting the two of them to diss each other in several songs. During a segment of ‘Plead The Fifth’ on “Watch What Happens Live,” Cohen asked Carey to, “Say three nice things about Eminem.” Carey obliged, and gave Cohen three reasons she loves M&M candies. A brilliant pivot.

Cohen also shared a clip of the segment during which he asked the singer about an alleged relationship with a back up dancer that ended her engagement to James Packer. Carey was very careful not to answer the question, all the while thoroughly entertaining Cohen and viewers. She even managed to plug her own show into the conversation, telling Cohen she couldn’t really answer the question because she wants people to watch her show to find out what really went down.

Finally, Cohen shared one of Carey’s shadiest moments that was exactly reminiscent of her “I don’t know her” moment in regards to fellow pop sensation, Jennifer Lopez. Cohen asked Carey what she would say to Demi Lovato in response to Lovato’s assertion that Carey doesn’t treat people kindly. Carey’s brilliant response? “I don’t know her either.” Only Mariah Carey could get away with making a statement like that.

May there be many more Mariah Carey appearances on “Watch What Happens Live” in the future! 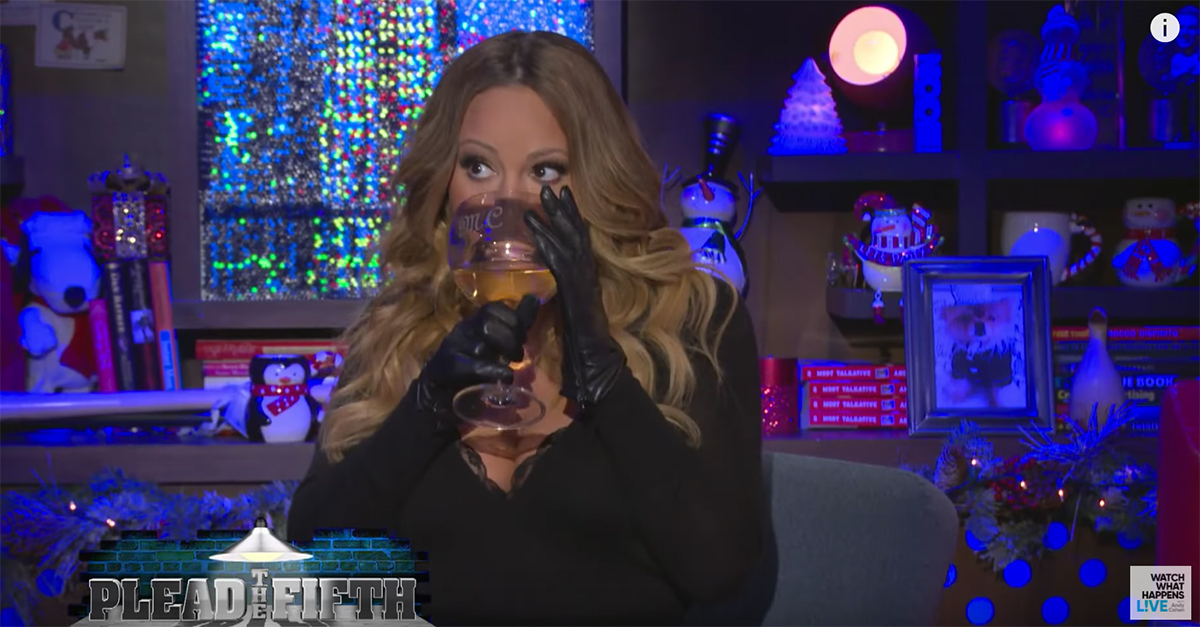