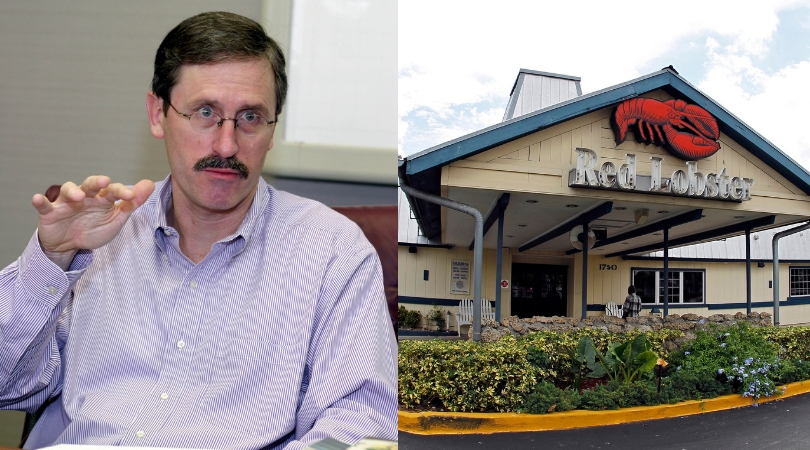 Red Lobsters founder William B. Darden was an entrepreneur from a young age. After seeing the economic downturn that was caused by the Great Depression he was still able to find a way to make it into the business. The prominent eateries were candy stores, diners, soda fountains, lunch counters, as opposed to today when fast food is an all-time high.

Service With a Hop

When he was just nineteen he founded his very first restaurant, a luncheonette. Founded in his hometown of Waycross, Georgia, The Green Frog. The restaurant slogan was “service with a hop” and was wildly successful. An intelligent businessman, Bill Darden invested in Florida restaurant chains and hotel properties owned by Howard Johnson. This investment alone made him very profitable.

Breaking big bucks wasn’t the only buzzworthy thing about The Green Frog. When the restaurant opened in 1938 the laws of southern states declared that the restaurants be segregated. But Darden refused and simply didn’t do it. This may have been part of what accredited him the nickname “True Southern Gentleman” by his family and friends.

The first Red Lobster restaurant was opened in Lakeland, Florida right before the ’70s. Some say that Darden got the idea from an Orlando seafood spot, Gary’s Duck Inn. Others say it was because seafood was his best seller. Regardless, in 1968 he opened the restaurant and it was so popular that one month later he had to open another one to keep up with the demand. Over the next few years, he was able to open 4 more of the seafood restaurant chain and eventually caught the attention of General Mills, who proposed to purchase them.

They also offered to give Darden a job as an executive within the company. Shortly afterward, General Mills opened Olive Garden, which was almost as successful as the Red Lobster chain. As the company grew, it expanded to Japan and Canada and all around the united states.

The Red Lobster restaurant and other Darden restaurants like Longhorn Steakhouse are William B. Darden’s namesake. He died in 1994 at the age of 75 but his way of serving dinner and treating people lives on.

Editor’s note: This article was originally published on December 26, 2019.