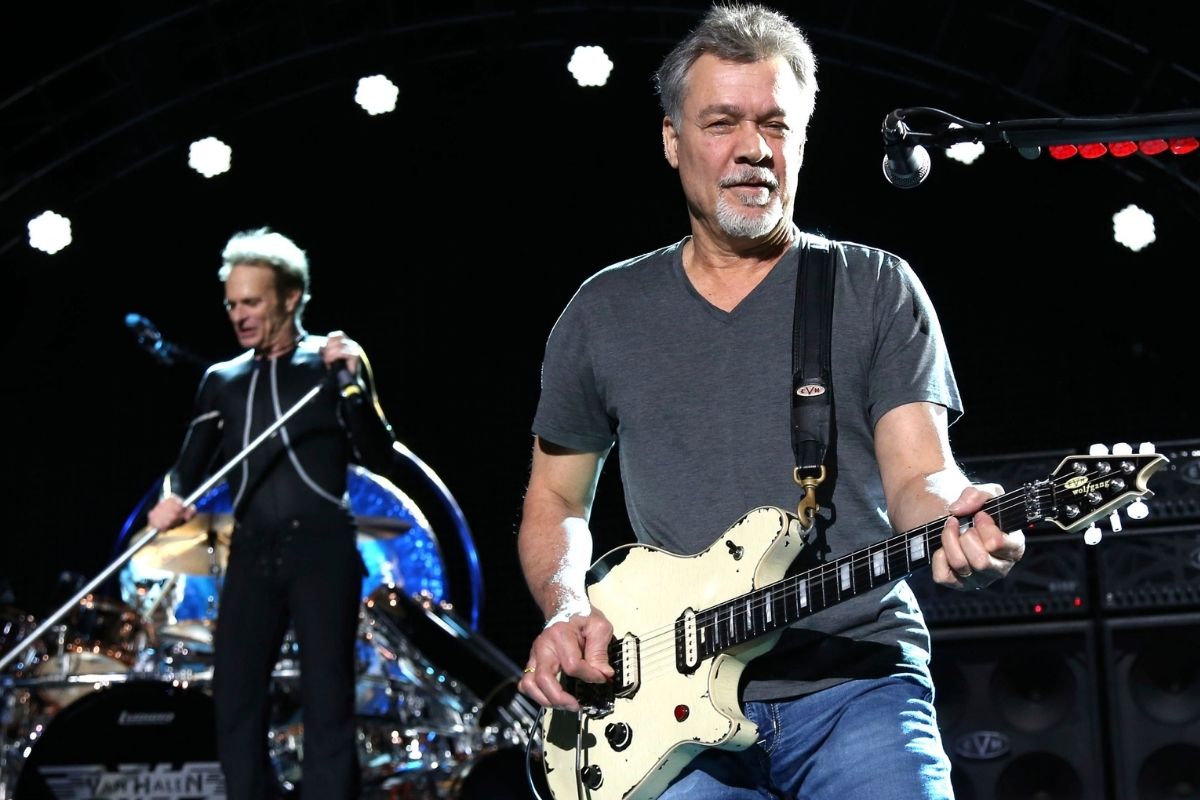 That’s it. 2020 is officially the worst year ever. Sad news, Rock and Roll fans. Eddie Van Halen, the iconic guitarist by one of the most famous and iconic bands in history, Van Halen, has died. According to TMZ, his son Wolfgang Van Halen confirmed the tragic news. Back in 2019, it was reported that Van Halen was being treated for throat cancer. Eddie Van Halen died at St. John’s Hospital in Santa Monica alongside his wife Janie, his son Wolfgang and older brother Alex. According to TMZ, in the last 72 hours, the guitarist’s ongoing health battle went “massively downhill.” Doctors discovered his throat cancer moved to his brain as well as other organs. Battling cancer for over a decade, he had been in an out of the hospital over the past year, including in November 2019 for intestinal issues, and recently underwent a round of Chemo.

Mourning his father’s death, Van Halen’s son posted an Instagram with the caption, “I can?t believe I?m having to write this, but my father, Edward Lodewijk Van Halen, has lost his long and arduous battle with cancer this morning. He was the best father I could ever ask for. Every moment I?ve shared with him on and off stage was a gift. My heart is broken and I don?t think I?ll ever fully recover from this loss. I love you so much, Pop.”

I can’t believe I’m having to write this, but my father, Edward Lodewijk Van Halen, has lost his long and arduous battle with cancer this morning. He was the best father I could ever ask for. Every moment I’ve shared with him on and off stage was a gift. My heart is broken and I don’t think I’ll ever fully recover from this loss. I love you so much, Pop.

Eddie Van Halen and his brother Alex Van Halen were born in Amsterdam. Their father was classical musician Jan Van Halen, and then later moved to Pasadena, California, in the 1960s. That’s when Eddie picked up the piano at a very early age, although he was never able to read any music. But when he picked up his guitar, he began to practice obsessively. Throughout his years, he has always cited Cream and Eric Clapton as an influence in his life.

The brothers formed their first rock band in 1964, first named Mammoth and Genesis, but kept changing their names and lineups. In 1972 they settled on the named Van Halen and by 1974 their lineup had solidified with Eddie on guitar, David Lee Ross on vocals, Michael Anthony as bassist and backup vocals, and Alex on drums.

In 1976 they made their first demo with Kiss’ Gene Simmons, who served as a producer. In 1977 they were signed by Warner Bros. Records and that same year recorded their debut self-first album. Van Halen was released in 1978 with famous tracks that like Eruption that showcased Eddie’s Dynamic finger-tapping guitar techniques. The album featured several of their biggest songs to date, including, Ain’t Talking About Love, Running With the Devil, Jamie’s Crying, and You’ve Really Got Me. Outside of their own music, Halen was also behind the iconic guitar solo in Michael Jackson’s hit Beat It. In 2012, during an interview about the song, he claimed that he not only played the solo but also worked with producer Quincy Jones to change the middle section of the song.

Eddie noted that he had Matt with Michael Jackson shortly after he finished recording telling him that he had a rewrote a portion of the song, stating, ?He gave it a listen, and he turned to me and went, ?Wow, thank you so much for having the passion to not just come in and blaze a solo, but to actually care about the song, and make it better.” David Lee Roth’s departure with Van Halen, the group continued by hiring Sammy Hagar to fill in through the rest of the 1980s and the majority of the 1990s. Gary Cherone, from Extreme, later fronted Van Halen for one album, 1998?s Van Hallen III.

Van Halen never fully broke up, but Eddie Van Halen’s health troubles forced the band to be in and out of hiatus. The guitarist had hip replacement surgery in 1989, and in 2000 had part of his tongue removed as a treatment for tongue cancer. Several years later in 2009, he required surgery and his left hand. Returning to tour with Sammy Hagar earlier in the decade, Van Halen then welcomed David Lee Roth back into the band in 2017. Ross fronted the band for the 2007 United States tour alongside Eddie, Alex, and Eddie’s son Wolfgang Van Halen. The band was later inducted into the Rock and Roll Hall of Fame in 2007.

Watch: Remembering Bob Dylan as He Celebrates His 79th Birthday