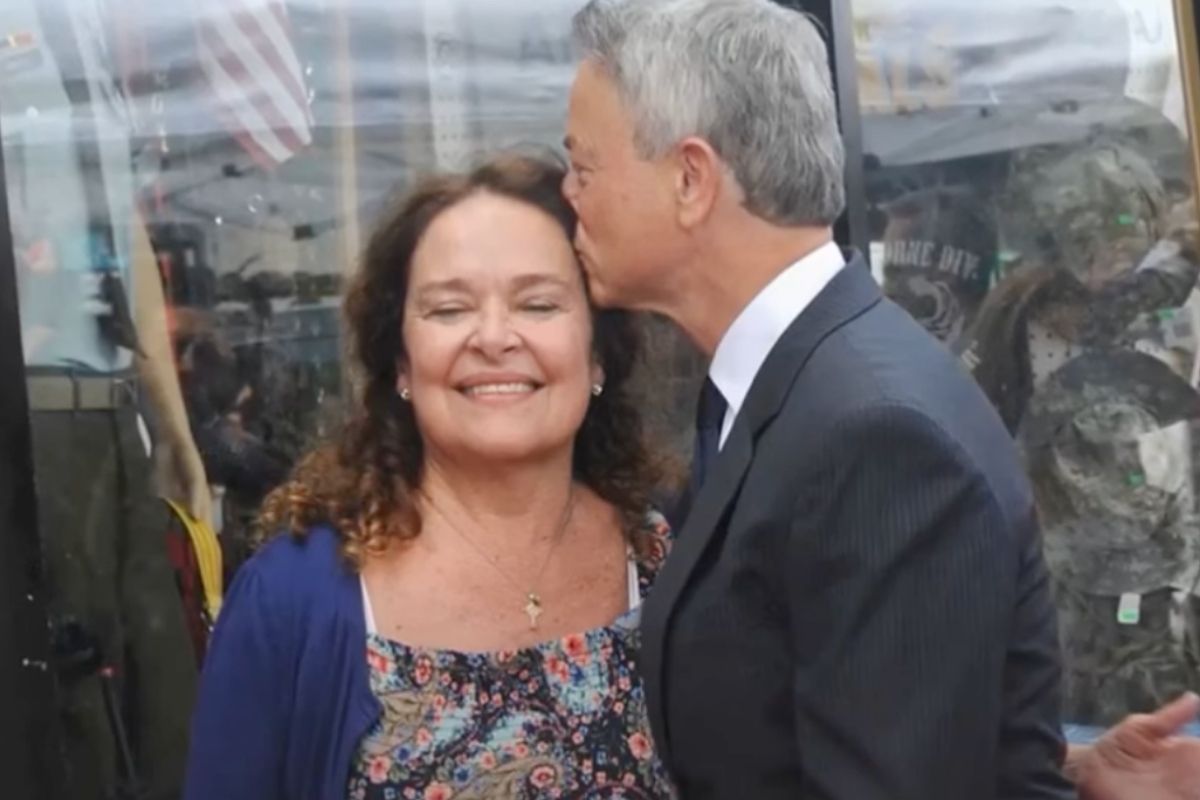 Among the whirlwind marriages of the entertainment industry, the 40-year marriage of celebrity couple Gary Sinise and Moira Harris stands out.

Sinise, who most famously played Lieutenant Dan Taylor in Forrest Gump, met his wife, actress Moira Harris, back in college — long before either of them had risen to celeb status. Let’s get to know this cute Hollywood couple and try and figure out the secret behind their four-decades-old marriage.

Who Is Gary Sinise?

In 1955, Gary Alan Sinise was born in Blue Island, Illinois. As a somewhat rebellious teen (according to his recently published memoir, “Grateful American: A Journey from Self to Service”), Gary and some friends tried out for Highland Park High School’s production of “West Side Story” as a joke. But by the end of production, Gary had fallen in love with acting. In a few short years, he’d go on to co-found Chicago’s famous Steppenwolf Theatre Company when he was only 18.

Gary went on to act and direct in many Steppenwolf plays, including the theater company’s off-broadway production of Sam Shepherd’s “True West”. Within a couple of years, Gary headed to Los Angeles to kick off his Hollywood career. He directed a couple of episodes of the TV series Crime Story and the movie Miles from Home with Richard Gere. He debuted as an actor in the World War II flick, A Midnight Clear, in 1992. That year same year, Gary acted and directed Of Mice and Men, playing George Milton alongside John Malkovich as Lennie

After starring in the popular miniseries The Stand, Gary would land his unforgettable, Oscar-nominated role as “Lt. Dan” in Forrest Gump. The Academy Award nominee would rejoin costar Tom Hanks in Apollo 13 as Ken Mattingly and in The Green Mile as Burt Hammersmith. In 1995, he starred in the HBO movie Truman,  which earned him Golden Globe and Screen Actors Guild Awards and an Emmy Award nomination. Gary’s other noteworthy film credits include Ransom, Snake Eyes, Mission to Mars, and Reindeer Games.

In 2004, Gary was cast alongside co-star Sela Ward as Detective Mac Taylor in the CBS series CSI: NY and George C. Wallace in the Emmy-winning TV movie George Wallace. CSI: NY. Since then, he’s worked on projects like Criminal Minds: Beyond Borders, and 13 Reasons Why.

In 2011, the actor started the Gary Sinise Foundation: a charity that provides wounded veterans and first responders with adoptive homes. Sinise also is the frontman for the Lt. Dan Band, which performs shows at military bases and in war zones, in addition to on stages across the country.

Who Is Gary’s Wife Moira Harris?

Moira Harris was born in Pontiac, Illinois in 1954. She met Gary Sinise while in college at Illinois State University. A talented actress herself, Moira has been featured in television series like The Equalizer and Karen Sisco. She’s also appeared in a number of her husband’s films, including Miles from Home and Of Mice and Men.

So what’s the secret to their happy marriage longevity?

As Gary revealed in an interview with Parade.  “[The secret to longevity is] a sense of humor,” he claimed. “My wife?s a loving, funny, Irish-spirited person, and I?m still surprised at some of the things she says. She makes me laugh every day.”

Watch: How ?Forrest Gump? Inspired Gary Sinise To Get Involved With Veterans