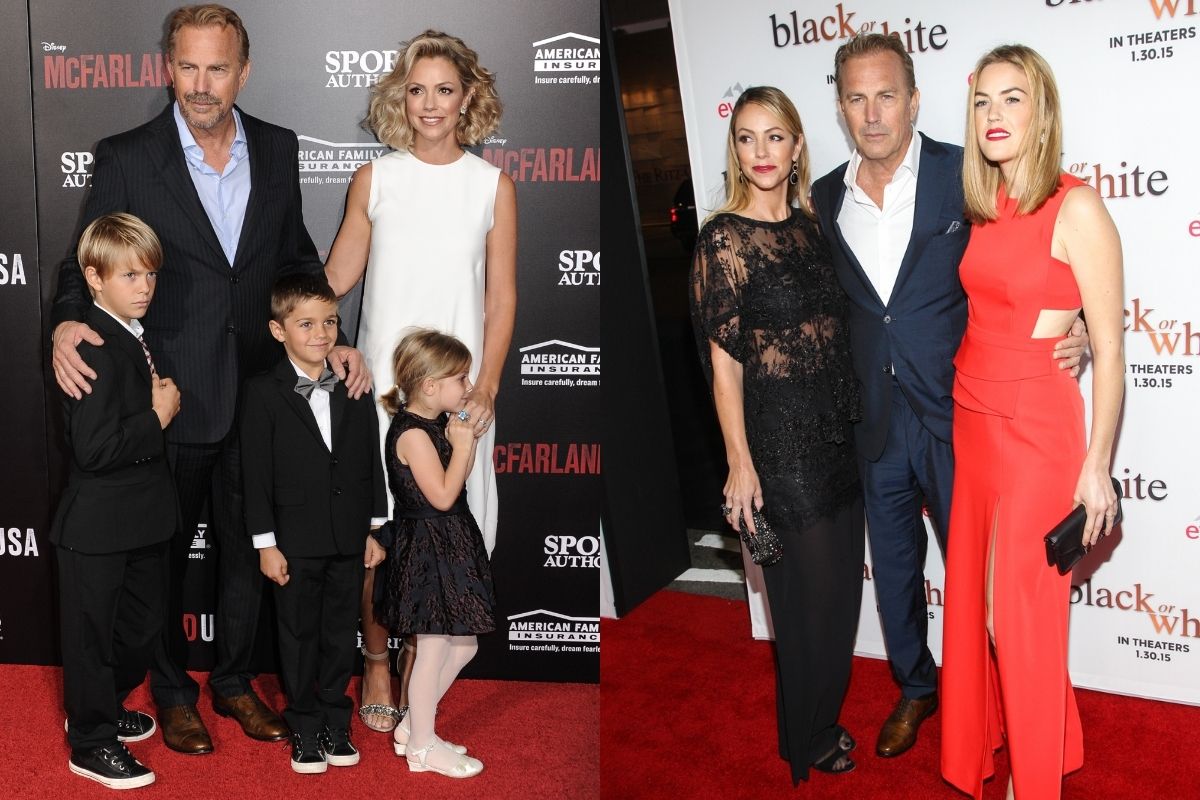 American actor Kevin Costner has joined the ranks of older men marrying younger women. With his new wife Christine Baumgartner, Kevin Costner has become a whole new man. Costner once had stated that he was afraid of being a father, but, with the addition of his youngest children to the family, he is now the father of seven! Yes I know, I was shocked too.

Who is the lucky lady?

Kevin Costner’s wife is a former model who is now a handbag designer. Christine Baumgartner and Costner met back in the 80’s- before Costner and ex-wife Cindy Silva, from his first marriage, split. They happened to re-meet at a restaurant almost five years after his divorce from his first wife. The Yellowstone actor and designer dated for four years and then split once before marrying.

They originally split because Christine Baumgartner wanted to have kids and Costner didn’t want anymore. Clearly, he reconsidered. The two married in Aspen, Colorado on Costner’s property in 2004 and have been making the effort to blend and raise their family. It has been a long road to creating the family unit they have now, but they have been doing it!

The Costner blended family now consists of three young ones! They have three kids together- making that seven kids total for The BodyGuard actor. Kevin Costner’s kids range in age from 9-years-old to 36-years-old! Their shared kids, the youngest and newest additions to the Costner family are Cayden Wyatt Costner, Hayes Logan Costner, and Grace Avery Costner.

The rest of the kids are from previous relationships. Three are from his ex-wife, Cindy Silva, whom he met when they were both attending the California State University, Fullerton: his first child Annie Costner, then his second child Lily Costner, and then Joe Costner. This was prior to his big break in movies like Dances with Wolves, Black or White, and Field of Dreams. Bridget Rooney, an ex-girlfriend is the mother of his fourth son, Liam Costner. They didn’t date for very long, but he got a kid anyway!

The actor admits that he was initially nervous about fatherhood. Now he seems to view it is one of the most important things in his life. What does he think about being a dad? The actor stated, “All the years, all the tears saying goodbye at airports as I headed off to do yet another movie. Their brave faces trying to comprehend the time that I would be away and when I would come home. Hugs that never wanted to end. My children have always been bigger than the movies. They’ve always been more important. It’s because of them that I’ve been able to do what I love.”

Sounds to me like this was born to be a dad!