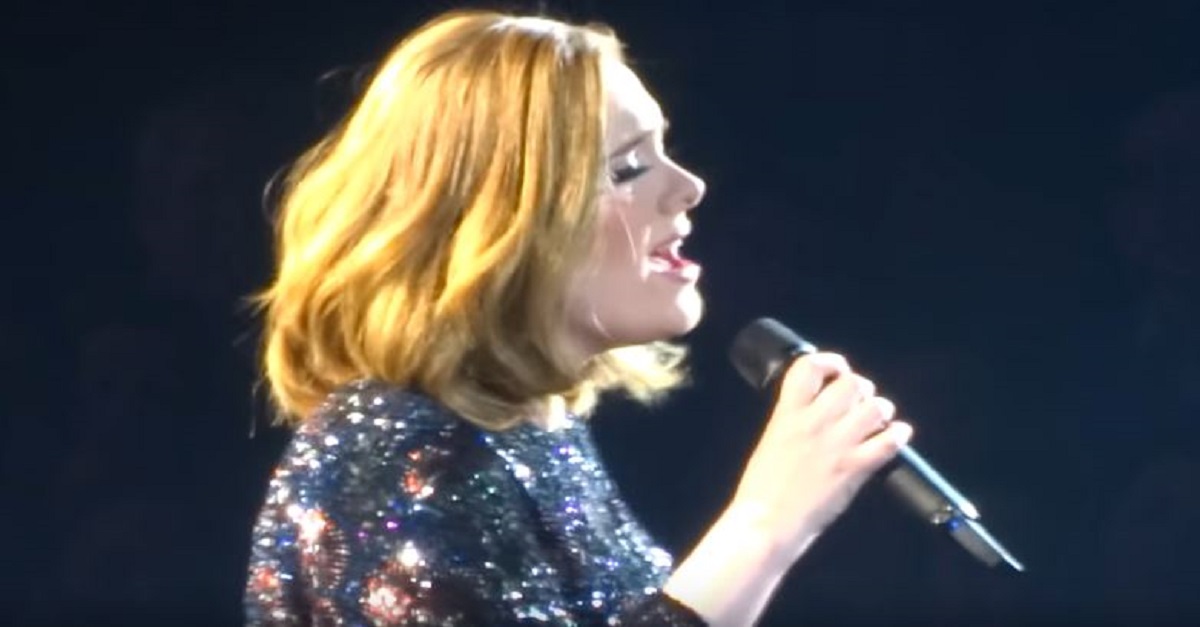 However, in April, Adele encountered an embarrassing moment on stage as well when the sound system failed as she was singing “All I Ask,” at a concert in Birmingham, England. Nonetheless, Adele handled it like a champ and kept singing as the crowd joined in.

In the video below, you can hear the sound cut at 2:39 mark. Luckily, about 30 seconds later, the sound returns.

Though the clip is months old, it started to make it’s rounds on Reddit this week.

On Saturday, Carey was set to sing her hit song “Emotion” when the track didn’t go on, and she was caught on camera lip syncing.

At the end of her performance, a flustered Mariah told the audience, “That was… amazing.”

Carey later tweeted about it:

Days later, Carey spoke to Entertainment Weekly about the performance that night.

?All I can say is Dick Clark was an incredible person, and I was lucky enough to work with him when I first started in the music business,? Carey told Entertainment Tonight. ?I?m of the opinion that Dick Clark would not have let an artist go through that, and he would have been as mortified as I was in real time.?

Though the two audio mishaps are completely different, Adele handled her situation MUCH better.