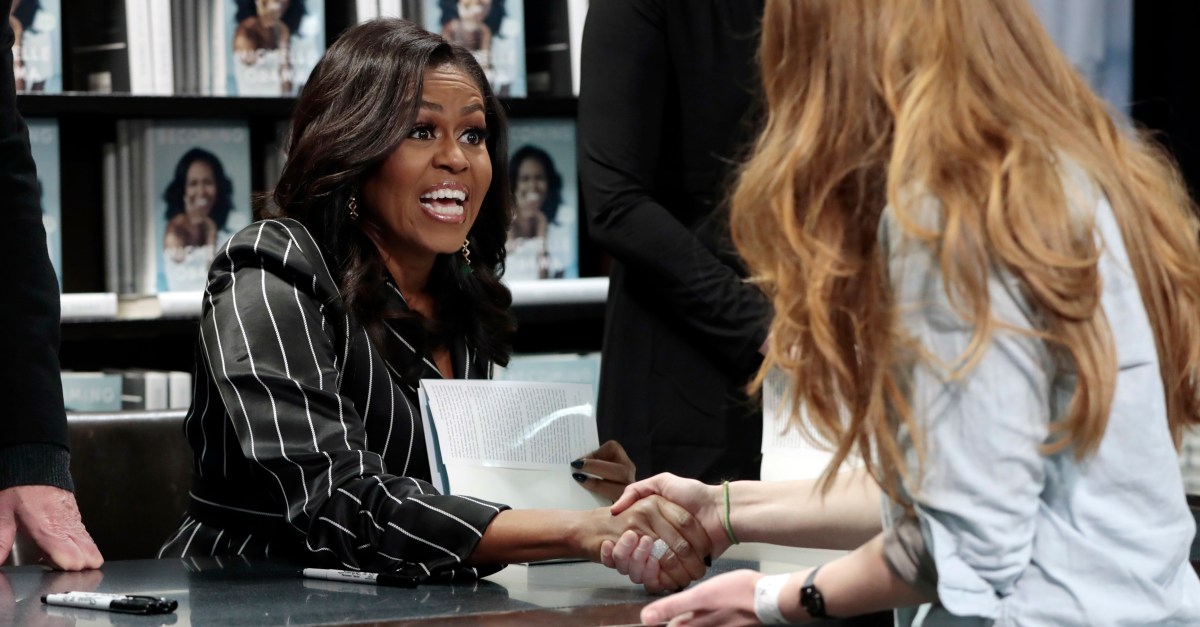 In a time of divisive politics and poorly-worded insults from both sides of the party line, it can be difficult to find the glimmer of light in the darkness. However, it seems that Gallup has done just that. In their annual survey, conducted this year from December 3-12, the company asked Americans, in an open-ended question, to name the man and woman they admired most. The only stipulation? They must be living, though they could live anywhere in the world.

Gallup first ran this poll in 1946 and has done so every single year except for 1976. This year, however, there was a change to the typical list. For the first time in 17 years, Hillary Rodham Clinton is no longer the most admired woman in the world. Move over, HRC. It is Michelle Obama’s time to shine. The Former First Lady was named the woman Americans admire most, per the poll. Clinton didn’t even place second this year; that honor went to none other than Oprah Winfrey.

Here’s the full list from Gallup’s annual poll, along with the percentage of answers they appeared in. Michelle Obama was the Democratic and independent favorite for Most Admired Woman, with 28 percent naming her. For Republicans, 9 percent named Melania Trump, the most admired female figure for that political group.

The Most Admired Women of 2018

9. Current US Ambassador to the United Nations, Nikki Haley, 1 percent

For the men, Barack Obama was the most admired man for the 11th year in a row. He is now only “one first-place finish short of tying Dwight Eisenhower for the most times being Most Admired Man,” per Gallup.

Here’s the full list for the most admired men of 2018 from Gallup’s poll.

Many of these folks are named in lists from consecutive years, showing that the pendulum of answers on the Gallup poll doesn’t swing too wide each year. Will President Trump take the top spot next year? I don’t know about you, but I would like to see more celebrated veterans and good-doers on this list besides politicians. There are better, kinder people out in the American Heartland than I believe there are in Washington D.C., and we should be represented as such in the United States.

So, Rare readers. If you had to name your most admired man and woman of 2018, who would you choose? Let us know in the Facebook comments, and we’ll highlight those individuals!