Irish mom Sharon Kellaway says Beyoncé’s ornate photo revealing her twins to the world was “so unrealistic” that she had to take her own.

“I had what she had, so why not?” she told the Mirror. “I have the twins, the blanket and the veil, a few home-grown flowers in the garden.”

So in that garden in Cork, Kellaway hilariously reenacted the shot. It was to her surprise that the photos went viral. Her 6-year-old, she says, took the photo.

RELATED: George Clooney practiced his dad jokes to apologize for skipping an award show ahead of Amal’s due date

In the photos, she’s balancing her son and daughter on her knee — they’re a bit big to hold them as Beyoncé did. 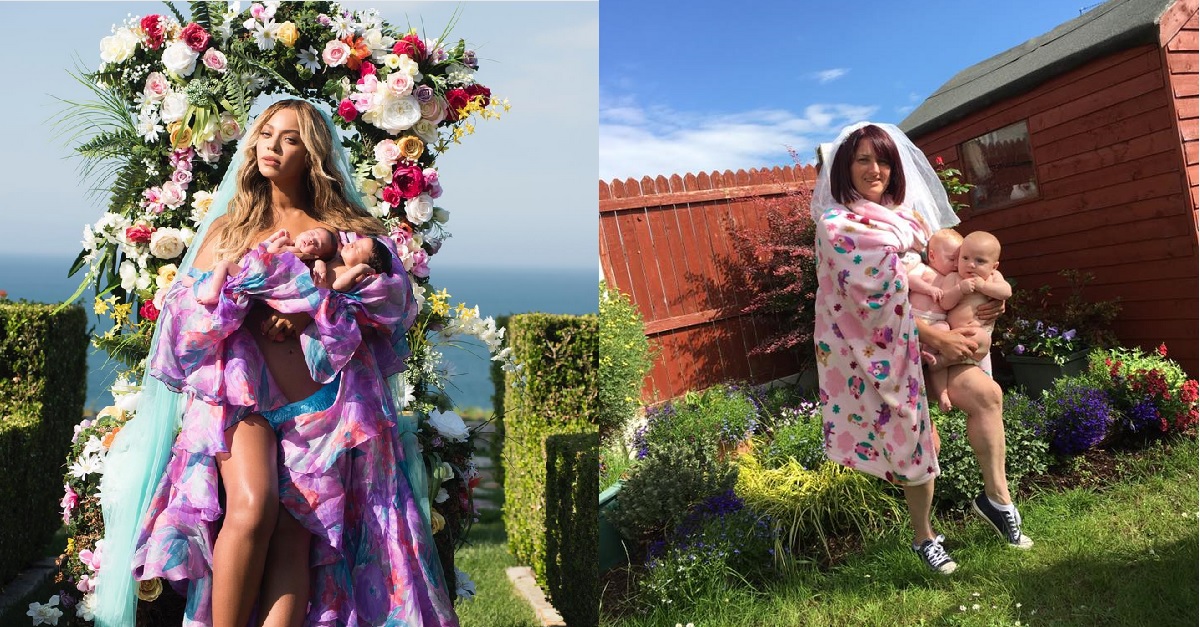