Did You Know Rod Stewart Has 8 Children with 5 Different Women? 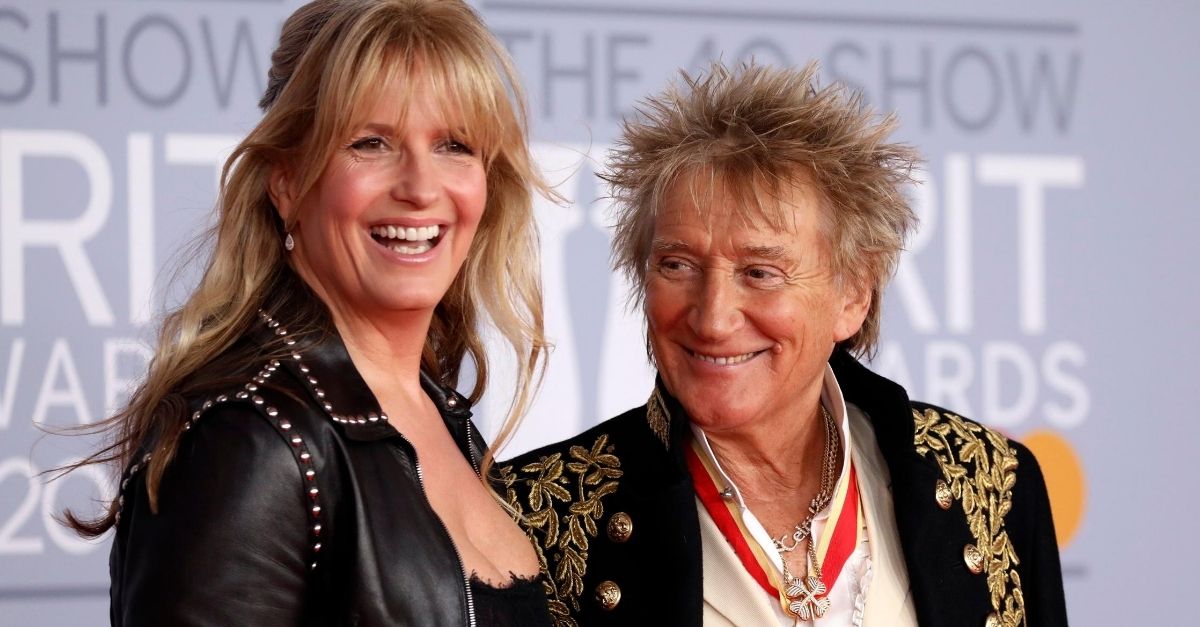 Rod Stewart met his current wife, Penny in 1999 after she took pictures for him during a tour. Eve4r since, it was history for the couple. Stewart proposed to her at the top of the Eiffel Tower, they learned they were pregnant with their first child before the wedding, decided to raise their first child, and put off their wedding. They then classily exchange vows in an intimate ceremony with the closest of friends and family in Portofino. You know, the usual.

The singer’s wife is Penny Lancaster, a known model, tv personality, photographer, and actress. As a child, Lancaster studied ballet, modern and tap dance but quit at sixteen. A familial love of fitness and her decision to ditch dancing for aerobics, she later became a certified fitness trainer at the age of sixteen. Then she was scouted to be a model. In 2002 she was involved in what the UK press called “bra wars”. In short, Lancaster signed a £200,000 deal to be the face of Ultimo, a UK lingerie brand. When her contract wasn’t renewed two years later, despite her successful stint, and Rod Stewart’s ex-wife, Rachel Hunter was asked to be the new face, it was made into a scandal. Naturally.

She’s appeared in tv shows like Loose Women, Strictly Come Dancing, And They’re Off, and Famous and Fighting Crime.

Rod Stewart, like many of the rich and famous, has sown his oats far and wide. Ok, that might be a bit of an exaggeration, but the guy does have eight kids, and they range from the ages under 10 to almost 40. It’s safe to say that the Stewart bloodline will be around for many generations.  Out of a total four, the to youngest are with current wife, Penny Lancaster. The other two are each from a respective marriage one of which was Stewart’s second wife, Rachel Hunter, and hist first, Alana Stewart.

At the age of 17, Rod Stewart’s girlfriend Susannah Boffrey got pregnant.  His first child, Sarah was kept a secret from Stewart. She was put up for adoption, and her dad didn’t learn about her until she was 18. Their relationship has since blossomed positively.

Out with these boys ❤️🏝

She is the daughter of Sir Rod Steward and former model and actress Alana Stewart. She was born in Los Angles, California, in 1979. Like her mother, she has pursued a Hollywood career. She has starred in a few movies like Going to California and appeared in a Judd Apatow series, Undeclared. Also, like her mother, she has been a model and has appeared in many fashion magazines. From her work in fashion, she created her own collection “Pinky Starfish” and later founded an unsuccessful clothing label.

Sean was born in 1980 to Alana Stewart and Rod Stewart. He has worked as a model, tv personality, and songwriter. He’s most known for a reality TV show from 2007, ‘Sons of Hollywood’. He is still making news for general dummy foolery, from time to time.

Happy Dads Day to the greatest. Thank you for teaching me the importance of a statement hair style at a young age… Love you papa stew! 🤍

The third daughter and fourth child of Rod Stewart and a relationship he had with another model, Kelly Emberg. She became a fashion model like her mother with Nous Model Management. She later worked with Ultimo. She is also a singer like her dad. She was featured in a soda commercial in 2012 Diet Pepsi singing “Whatever Lola Wants”.

Online Pranayama & Fluid Flow on Tuesdays as part of @sahajayogastudio live classes. 8:30am GMT | 7:30pm NZST | 5:30pm AEST. Book through the link in my bio 📷 @jrcmccord

Daughter of yet, another supermodel, this time it’s Rachel Hunter. She is a yoga instructor, dancer, and photographer. She has also done some modeling work for Samsonite, Jack Wills, and James Perse.

Hockey Player Liam Stewart was born in 1994 and signed with Queenstown’s Sklycity Stampede. The New Zealand born is the son of Rachel Hunter and Rod Stewart.

Little Alastair is amongst the youngest of the rock star’s kids, at 13 years old. The last Stewart child, Aiden, was born on his mother Penny’s 40th birthday in 2011. He is already, according to his father, showing promising signs of being a big personality and wanting to perform.