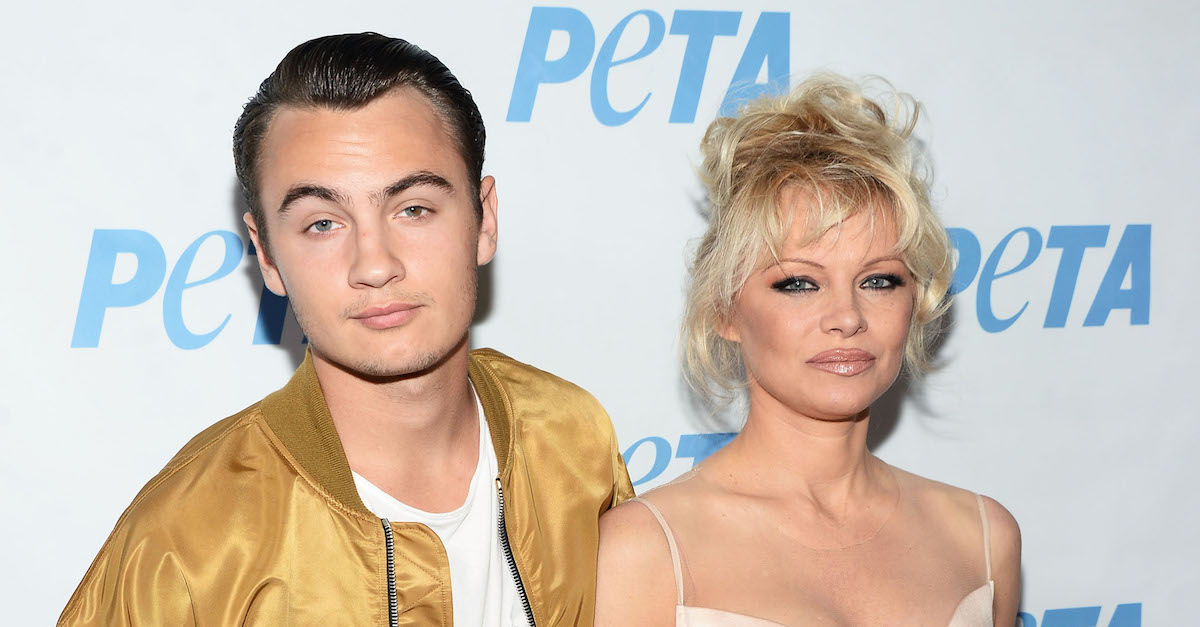 The drama between Tommy Lee and his 21-year-old son Brandon seems to be heating up, but the latter is finally telling his side of things.

As previously reported by Rare, heavy metal drummer Tommy Lee was reportedly involved in a physical altercation with his son on Monday night. While the 55-year-old is steadfastly claiming his son instigated the bloody fight, Brandon has since responded by saying his dad’s alleged alcoholism was squarely to blame.

RELATED: 55-year-old rocker Tommy Lee and his much younger girlfriend are taking their relationship to the next level

In a statement via his rep, the young model told PEOPLE, “I?m devastated at the events of the last several days that have been a result of my father?s alcoholism.”

He continued, ?I?ve worked tirelessly organizing an intervention, and it?s incredibly upsetting that it never came to fruition. I wanted my dad?s hopeful sobriety and recovery to be a private family matter but, as a result of his accusations on social media, I feel forced to speak out. I have and will continue to cooperate with law enforcement as needed. I love my father and just want to see him sober, happy and healthy.?

He wrote, “I’m happier than I’ve been in my entire life. I have a few drinks here & there because I’m f**kin retired and enjoying my life. I worked 30+ f**kin years I deserve it. You didn’t arrange any intervention, you barely spoke to me while u were here. Just coverin ur ass!!”

LMAAAO!!!! I’m happier than I’ve been in my entire life. I have a few drinks here & there because I’m fuckin retired and enjoying my life. I worked 30+ fuckin years I deserve it. You didn’t arrange any intervention, you barely spoke to me while u were here. Just coverin ur ass!! https://t.co/gYHHDX9R5E

According to TMZ, Brandon told law enforcement officials responding to the scene that he was defending his mother, Pamela Anderson, 50, after Lee had taken to Twitter to attack her over a Piers Morgan interview. Lee had slammed his ex-wife of three years for bringing up the discussion over his arrest for spousal abuse — Lee pleaded no contest in 1998 for allegedly assaulting Anderson while she was reportedly holding their infant son, Dylan Jagger.

“Think she?d find something new to discuss instead of rehashing old shit,” Lee tweeted, in part, “but I guess she has nothing else going on & needs attention ?????.”

@piersmorgan ur interviews w/ Donald Trump & my ex-wife are pathetic! Think she’d find something new to discuss instead of rehashing old shit but I guess she has nothing else going on & needs attention 🤷🏻‍♂️

Signed,
“The abuser” (who she texts everyday & asks for me back)

According to the 911 call made by Lee’s new fiancée — internet celebrity Brittany Furlan, 31 — she reportedly locked the door to their bedroom during the fight over fears that her “stepson has guns in his room.” Lee said he had been knocked unconscious during the altercation and left with a bloody lip, which he shared in a since-deleted Instagram post. ?My heart is broken,? he wrote in the caption. ?You can give your kids everything they could ever want in their entire lives and they can still turn against you. Good job Brandon! Great son! ?? @brandonthomaslee.?

Pamela Anderson has kept mum amid the drama surrounding the altercation, although she did share a photo collage of her two sons on her Instagram in the days after the alleged incident.

RELATED: A ?Melrose Place? alum reportedly stands accused of sexual misconduct with a then-underage boy during her time on the show

In recent weeks, Lee’s other ex-wife, Heather Locklear, also made headlines after alleged drunken altercation with her boyfriend Chris Heisser. According to E! News, she ?told deputies she would shoot them if they ever came to her house again.? During the arrest, Locklear reportedly became ?combative? and allegedly struck three officers. She was arrested on a felony domestic violence charge and three counts of misdemeanor battery of an officer. Lockear reportedly checked into a rehab facility following the arrest, which makes her sixth stint in several years.