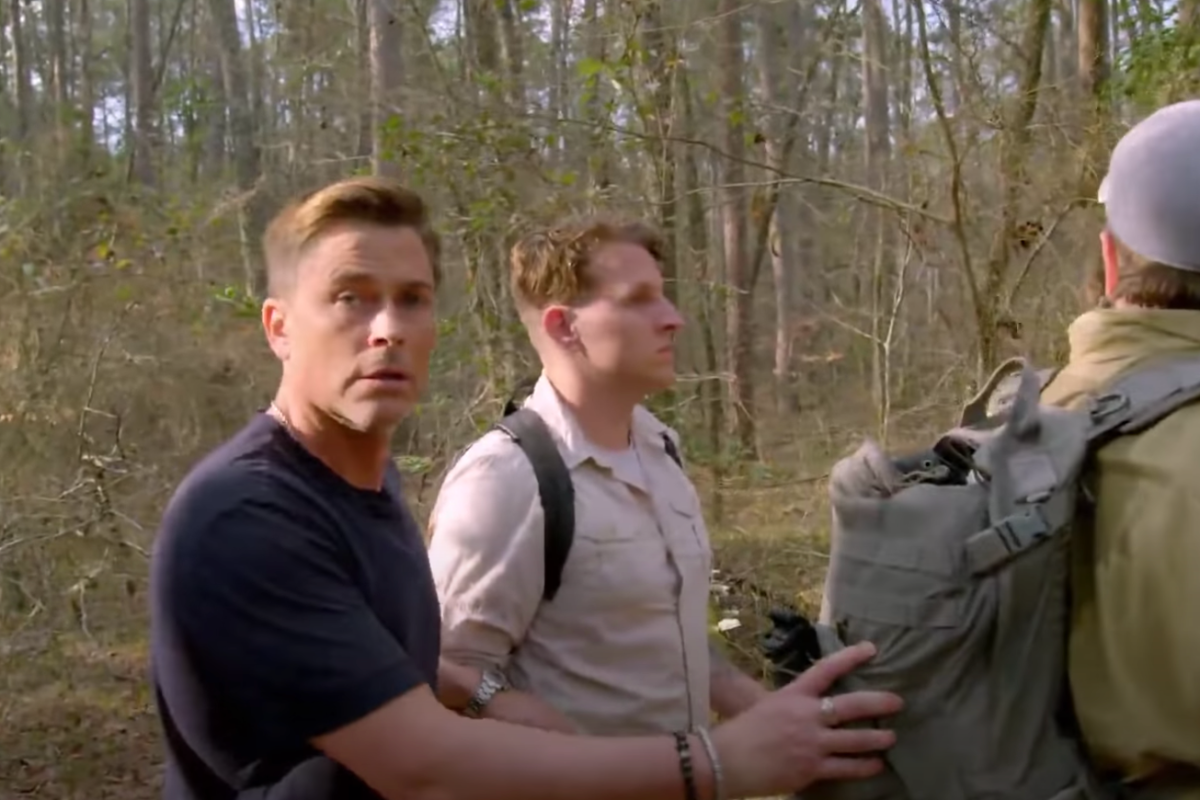 “I don?t want to oversell as a results-oriented show,” Rob Lowe begins, “although we have incredible results.” That’s quite a pitch for his A&E show, The Lowe Files.

Secret Space Programs and Ghost Sightings — Everything is Up for Grabs

Now that his boys Matthew Lowe and John Owen Lowe are all grown up, Hollywood hunk Lowe decided to take them hunting for the “campfire stories” he told them in their early childhood days. An Unsolved Mysteries type show, but more handsome. And while he intended the show to be more adventure than action, he says they found quite a bit of “incredible footage” in their pursuit of ghosts, alien abductions and UFOs, the paranormal, and (most infamously) the “Wood Ape.”

The show promises to have a sense of humor, skepticism, and intrigue. It began as a project for the three of them, but after the Parks and Recreation and West Wing star introduced the idea to the A&E Network they wanted in on the reality TV show.

“If you put Anthony Bourdain in a blender with Scooby Doo, you?d get the tone of this show,” Lowe told Entertainment Weekly.

And he’s already hinted that the reality series took him at least one place he definitely didn’t want to be.

As the family and film crew hunted the “Wood Ape” — a spooky legend in the Ozark Mountains — Lowe claims to have had a face-to-face encounter with something. He won’t say exactly what. (It’s good enough to be in the season finale.)

For background, the “Wood Ape” is local vernacular for a Bigfoot-like creature, the type of animal that’s populated tall tales for generations. He told Entertainment Weekly about the encounter:

“We?re 100 miles from the nearest town. We spent 45 minutes on the most rugged, brutal mountain trails. It?s 1 in the morning. There are a lot of serious former military men with loaded weapons, then something starts approaching our camps that is defying their orders to stop and their warnings.”

He says the encounter should be memorable, if nothing else. “I was lying on the ground thinking I was going to be killed,” Lowe says.

The Wood Ape is, of course, just one of many infamous unsolved mysteries the Lowe boys go after. Their adventures on the reality show take them ghost hunting in a haunted boy’s reformatory, investigating a haunted old state penitentiary and a purported alien base, and speaking to top-secret government operatives.

This story was originally published June 29, 2017.

RELATED: Rob Lowe Surprises Fans at the Spot Where he Brought an American Classic to Life