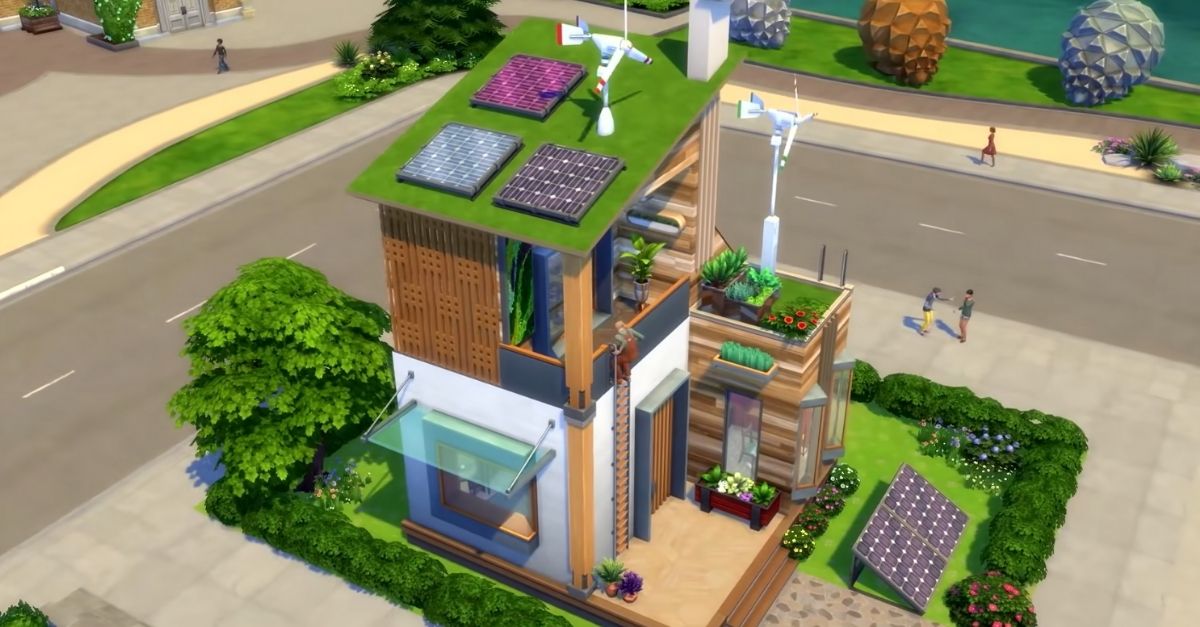 As it turns out, the Sims was created not to see how well we, like people, can decorate the house, or how much stuff we can put into a house. Rather it was created to see how little we can actually do without. In a way, it’s like when parents put kids vitamins in Jello or pet owners putting peanut butter over an allergy pill…the simulation game is a secret test of Minimalism.

✅ Choose between the three neighborhoods in Evergreen Harbor‬ ‪✅ Build a house that runs on renewable energy‬ ‪✅ Furnish without spending a single Simoleon‬ ‪✅ Invite neighbor for a protein filled meal🦗 ‬ ‪✅ Recycle couch to get parts for next invention‬ ‪✅ Change the world!‬ Discover The Sims 4 #EcoLifestyle on June 5th! Link in bio!

Will Wright’s home on Norfold Road burned down in the 1991 Oakland-Berkeley Firestorm. His house was one of the first to burn. His first thought was to rescue the people around him: His wife, first and then nearby neighbors. Some would call that the essentials, or what is the most important. Wright was a well-known game industry leader. He was an expert video game designer and the Sims creator. Maxis, his company, released Sim City just years before in 1989. Maxis was later sold in 1997 to Electronic Arts and a few years after he formed another company called the Stupid Fun Club. The simulation game, however,  was the first in the Sims universe and the first of it’s kind. It was an open-ended game in which users could build cities.

In the wake of losing his home, Will Wright was left to assess what his legitimate needs were. In other words, on how little he could live. He began to consider how much value possessions truly bring to our lives. From this, he garnered the idea of a new game: The Sims game, in which players participated in daily suburban activities and build a home from scratch. Just as when he was making his own new home, all he had leftover from the fire were just a few belongings. From his home, he’d only grabbed some photos. When he returned to his home in the Hills, there was nothing left. In a surprising turn of events,  Wright discovered that he did not miss most of his old possession. He said,

“I started assessing my material needs: a toothbrush, underwear, a car, a house… I was surprised how I didn’t miss stuff. The fact we got out and none of our family was hurt seemed so much more important.”

The fire and loss of materials but having the lives of his family gave him a new perspective, sourced from Berkeleyside:

“Rarely do you do that in your real life. When something like this happens, you get a big picture. Where do I want to live? What sort of things do I need to buy? You see your life almost as a project in process. When you’re embedded in your day-to-day life you don’t get that perspective.”

So, in reverse Will Wright went about picking things he felt he needed for his life. As it turns out, it wasn’t much. And in the game world of The Sims, players can build from scratch and learn the exact same thing.