The Story of Ernest Hemingway and His Six-Toed Cats 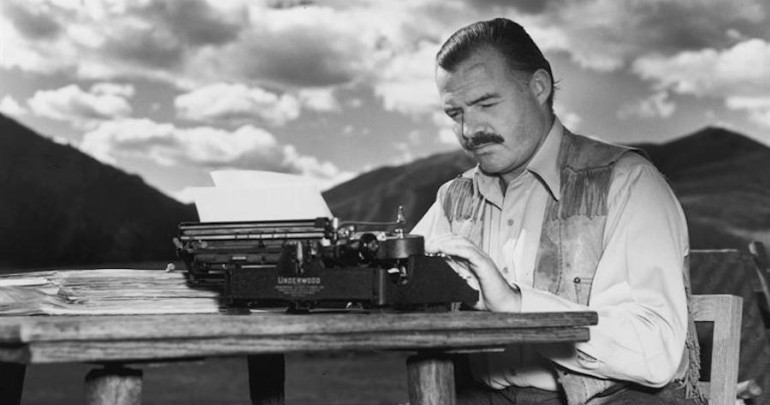 Aside from the celebrity of its former owner, the property is also famous for its resident population of polydactyl (many-toed) cats. Some 40-50 of these unique felines call the grounds home.

Polydactyly is a genetic condition that causes an individual to be born with extra digits. Polydactyly is inherited from a dominant gene, and can occur in multiple species.

In cats, polydactyly is most common on the front paws. It less frequently occurs on the back paws, and very rarely presents on all four paws. Polydactyl cats come in all shapes, sizes, colors, and breeds. The polydactyl gene is more commonly found among cats along America’s East coast, as well as in southwest England and Wales. The story of Ernest Hemingway and his six-toed cats began with Snow White, a white polydactyl kitten that Hemingway received in the 1930s. The kitten was a gift from a sea captain named Stanley Dexter. Sailors favored polydactyl cats, believing they were good luck. Their extra toes enhanced their abilities as mousers and provided better balance on rough seas. They are often called “mitten cats.”

To this day, many of Snow White’s descendants roam the grounds of Hemingway Home, and because Key West is so small, it’s not unlikely that many of the cats on the island are related.

About half of the cat population at the Hemingway Museum exhibit the physical indicator of polydactyly: extra toes. However, all of the property’s cats carry the polydactyl gene. This means that even the cats with normal numbers of toes on each paw (five front toes and four rear toes) can produce polydactyl kittens. Hemingway, a natural cat lover, named his cats after famous people, and the keepers of the Ernest Hemingway Home and Museum carry on that tradition today.

Interested in learning more about Hemingway’s cats? Read all about them here, on the Ernest Hemingway Home and Museum’s official webpage.