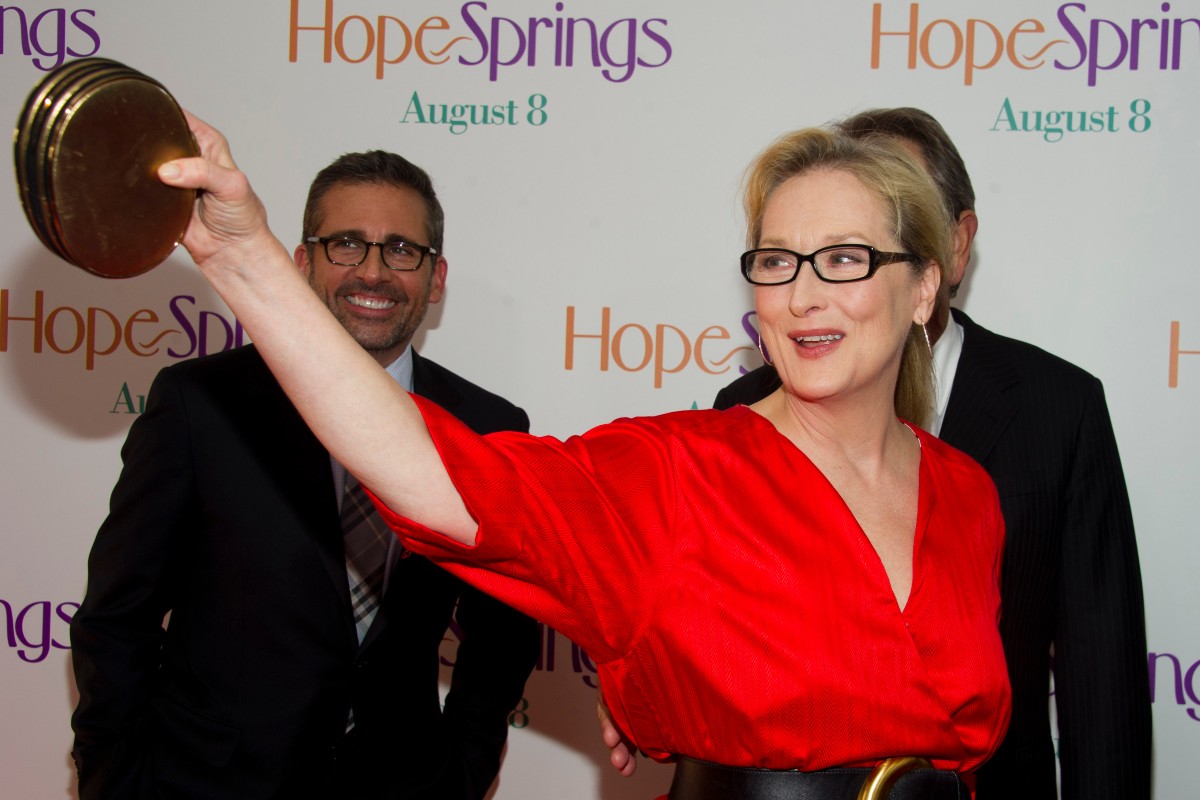 As anyone who saw the sequel can confirm, Meryl Streep is definitely not in  Anchorman 2: The Legend Continues. But — the word on the street is, anyway — it wasn’t for lack of trying.

As many may remember from back before Anchorman 2 was released, rumors were swirling that the Oscar-winning actress had hoped to cameo in the comedy. In an interview with Shortlist, Steve Carell revealed “Meryl Streep told me she was a huge Anchorman fan and she’d love to have a cameo in the sequel. That could be really funny. There are going to be plenty of great cameos in this movie.”

So, naturally, we all were certain this meant we’d see the Hollywood legend make an appearance in the Anchorman sequel. But Steve Carrel later quashed rumors that his Hope Springs co-star would be in the film. “I jokingly said, ‘You should be in it,'” the actor told a reporter from E! Online. “Meryl said, ‘Could you imagine?’ And it was just that.”

But not too long after the sequel was released, Will Ferrell confirmed that Streep actually had hoped to be in the film. “We got it on good authority that she wanted to be in the movie, but when we sussed it out it couldn’t happen for one reason or another,” the Step Brothers star told  E! Online reporters. He joked, “It might have been we threw her the part and she was like, ‘Is that it? I don’t want to do that!’ That just made us laugh to think of her being in it or even considering it.”

Perhaps the Oscar winner will finally make an appearance in a third film. When asked if Paramount Pictures might produce a third Anchorman, Ferrell said, “I’m sure they would. But I don’t know. We just want to see what happens with this one and we’ll sit down and access all of that. Right now, we’re just enjoying this journey.”

Watch: How Julia Child Went From the CIA to The French Chef