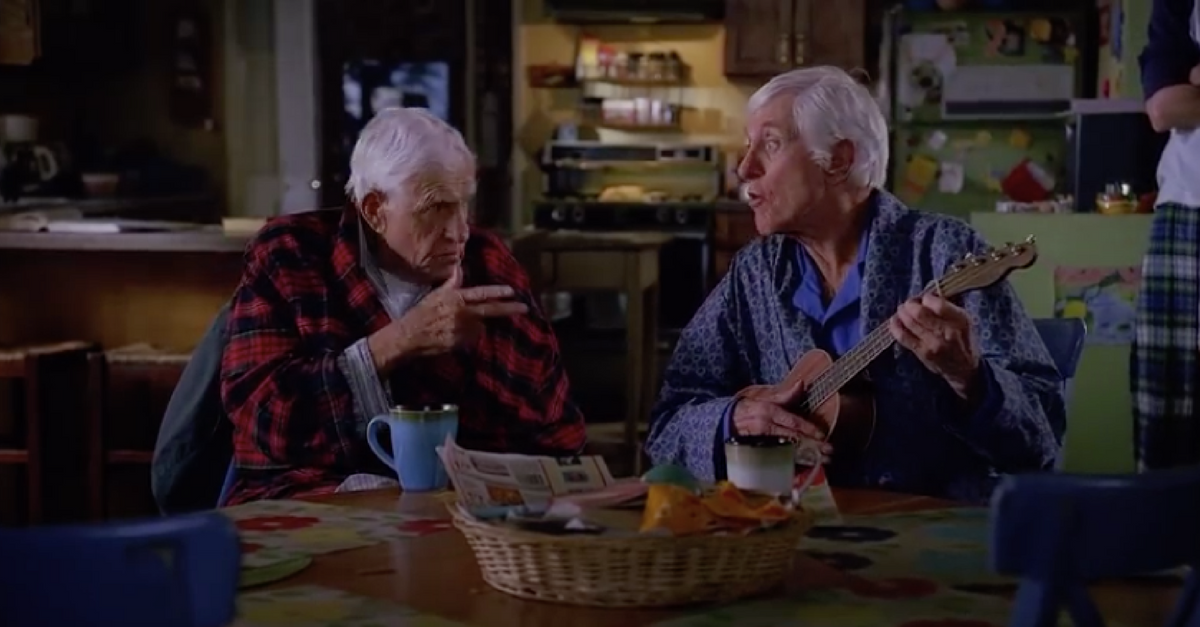 Before Jerry Van Dyke, the younger brother of Dick Van Dyke, sadly passed away, he and Dick reunited on-screen one last time to co-star in a hilarious and heart-warming episode of the ABC sitcom The Middle. And what a tear-jerking performance did the Van Dyke brothers give.

In this episode, Jerry’s character, Tag, gets a call from his estranged brother Dutch, played by Dick, who wants to bury the hatchet after years apart. Their reunion puts Frankie and Mike in a precarious situation, standing in the middle of a longstanding family feud.

Much to their surprise, however, the couple and their three kids awake one morning to a touching situation, finding the brothers getting along well in the kitchen, with one strumming on a ukulele, and both singing the words to “Two of a Kind.” The family stands in awe, with Frankie smiling ear-to-ear watching her father and uncle make up for lost time, and they erupt in applause when the brothers finish their song. You can see the real-life chemistry between the famous Hollywood brother duo.

Jerry Van Dyke sadly passed away on a Friday afternoon on January 5, 2018, at his ranch in Hot Springs, Arkansas. His wife, Shirley Ann Jones, confirmed it the next day, adding that his health had been deteriorating ever since the pair was involved in a car accident two years prior. Jerry had died of congestive heart failure, and Shirley also revealed that his older brother, Dick, was able to visit him one last time over Christmas. He was 86 years old.

In addition to The Middle, Jerry also appeared on Yes, Dear, The Dick Van Dyke Show, The Ed Sullivan Show, The Judy Garland Show, Accidental Family, My Mother the Car, and much more. He is best known for his role as assistant coach, Luther Van Dam, in the 1990s show, Coach, receiving four Emmy award nominations for “Outstanding Supporting Actor in a Comedy Series”

Editor’s note: This article was originally published on January 6, 2018.