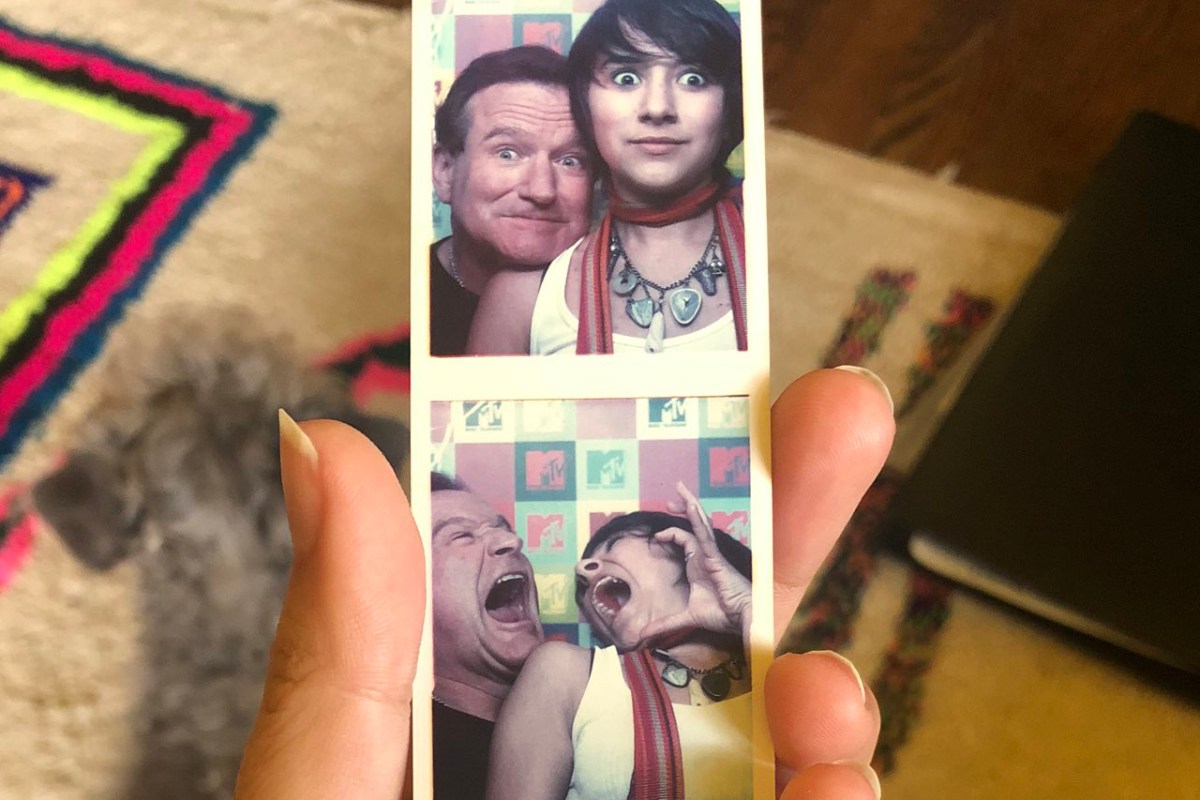 Robin Williams’ second child and only daughter, Zelda Williams, was doing a bit of spring cleaning recently when she came across some pictures of her late father that were too good not to share with the rest of the world, who loved the iconic actor and comedian almost as much as she did.

The photos are a series of photobooth shots featuring Zelda and the Hook and Mrs. Doubtfire star.

A follow-up tweet from Zelda says the photos were taken in MTV’s Total Request Live photobooth when she was about 16 or 17 years old, dating the photos to about 2005 or 2006.

Zelda Williams, who was named after the video game character, is a screenwriter, actor, and voice actor who has appeared in Dead of Summer on Freeform and done voice work for Teenage Mutant Ninja Turtles the cartoon. She is the first child of Willams and his second wife, Marsha Garces. Zelda has said that she wrote 12 scripts to cope with her loss after her father killed himself, which was spurred by his suffering from diffuse Lewy body dementia, which his wife at the time of his death, Susan Schneider called, “the terrorist inside my husband’s brain.”

Her followers left notes of encouragement and thanks under her tweet, both for sharing the pictures and for her father’s life, saying things like, “Your dad was a comet that only comes around once in a lifetime. A special human being,” “Love you Zelda. Please be safe. Your dad was so awesome. Patch Adams. I love this one because it shows so much of your dad’s Love and Kindness. This is what our World needs in these tough times,” and, “Man I bet he was the most fun dad ever Frowning face We all miss him like he was ours.”

This story was originally published March 19, 2020.