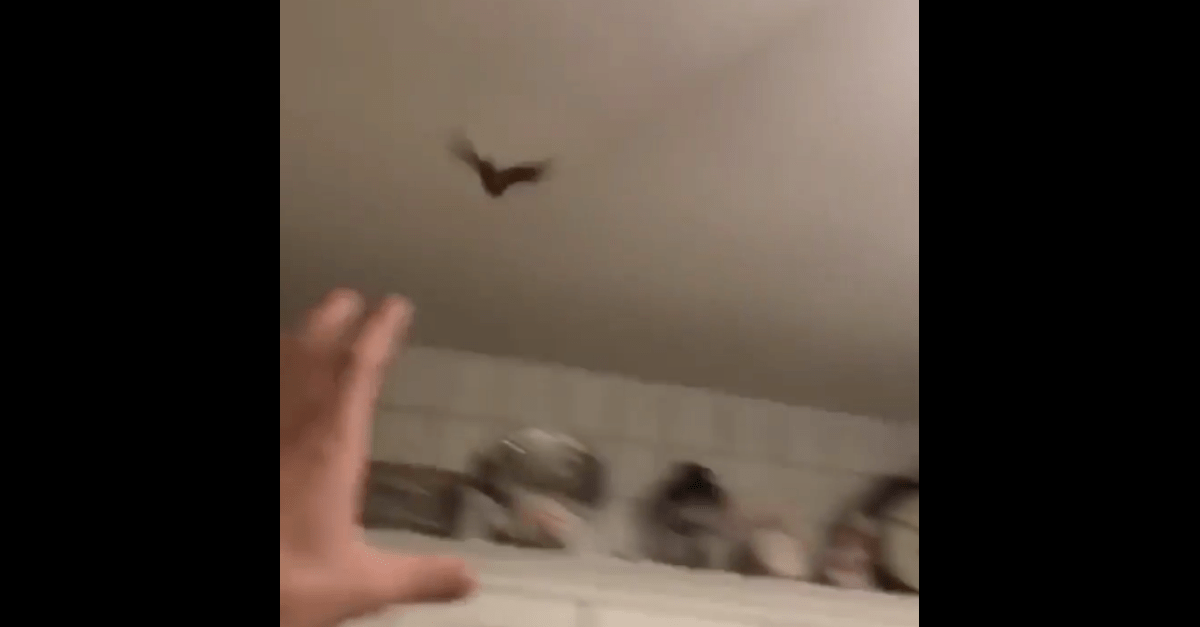 A family in Kerry, Ireland was recently forced to fend off a bat that found its way into their home and, fortunately, instead of helping his dad get rid of the bat, the patriarch’s son decided to just film the bat fluttering around and creating chaos while also yelling at his dad. This was the right choice. Even if the son’s non-involvement had led to his father’s eyeball being eaten out of his own skull, it would have been the right choice. It’s that entertaining.

Warning, some of the language is a little NSFW, so put your headphones in or go into a different room. That said, you need to watch this video with the sound on. The nearly incomprehensible Irish shouting is wonderful.

Anyone who has ever had a bat in their home knows the feeling of panic that quickly spreads through the room. Imagine what would happen if you saw a rat running around your house. Now imagine that rat is flying at your face. It’s literally that scenario. Bats, of course, are not simply flying rats, but that’s how everyone reacts. It also doesn’t help that bats are somewhat common carriers of rabies. Plus, vampire stuff. The whole ordeal is a blur of screaming and hand waving. It’s a miracle anyone ever actually gets rid of the bat.

What this video really proves, though, is that more overly-excited Irishmen need to narrate things. Bring back the Fox show When Animals Attack and have it narrated by some blitzed drunk Irish guy. Redo Planet Earth and swap out serene Sigourney Weaver for an overly stimulated, overserved Irishman.

This article was originally published September 5, 2018.