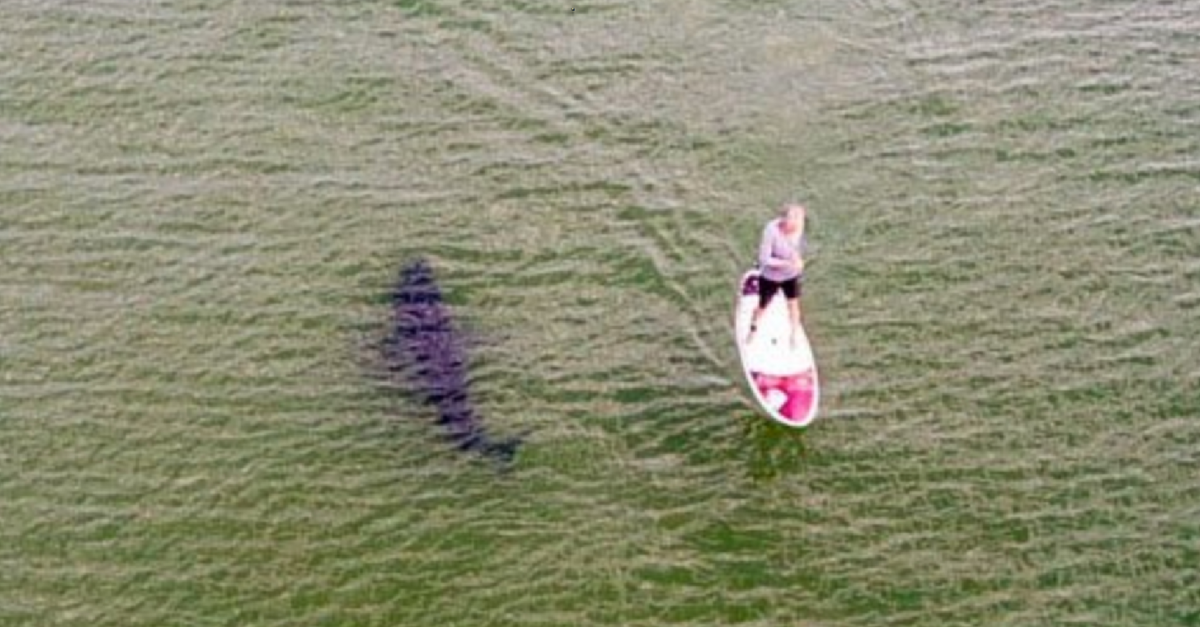 Ignorance is bliss. Especially if knowledge means you’re going to immediately start vomiting, vacating your bowels and bladder, and crying all at the same time. When that might be the case, certain things are better left unknown. For example, when a monstrous killing machine swims directly underneath you as you’re spending your day leisurely paddleboarding.

A Whole Lot of No Thank You

‘Close encounter of a peaceful kind.’ Yesterday morning Cody DeGroff (@Cdegroff10) captured these amazing photos of a white shark near a SUP just north of Nauset public Beach. The paddle boarder did not see the shark. pic.twitter.com/DQCeM3w7nf

Such was the case for one paddleboarder just north of Nauset Beach off the coast of Massachusetts. He was out minding his own business, probably no more interested in being in the proximity of a hungry, merciless mouth filled with razors than he was to be staring down the barrel of a gun. Thankfully for him, he never found out that the former was lurking below him.

I’m not exactly clear on how the paddleboarder didn’t notice the giant death shadow floating by him. Maybe paddleboarding in shark-infested waters is like climbing something tall when you’re afraid of heights: you’re not supposed to look down.

Either way, probably for the best this guy didn’t see it. Maybe he does, falls off the paddleboard, and then the shark turns around to take an exploratory bite to see if he likes the taste of the dumb food thrashing around in the water.

Here’s another shot of the same shark, swimming uncomfortably close to a beach in the same area.

I look forward to the day we have drones flying over beaches, ready to tranq sharks, pick them up and toss them back out in the open ocean. Couldn’t we do that now? Is that even ethical? Does anyone care, though? Keep the truly scary stuff way out in the middle of the ocean, where only sailors and sea captains have to deal with them. Then they can come back to shore to tell us soft land folk tales of the sea’s terrors. That’s how the ocean was intended to be.

This article was originally published July 31, 2018.