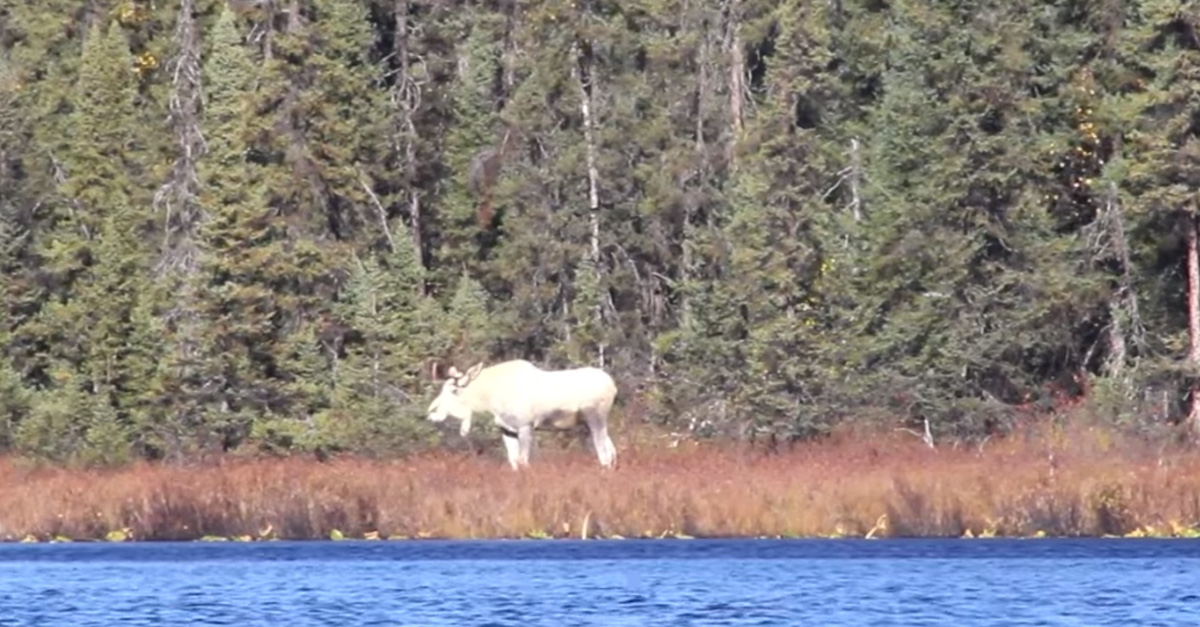 One Alaskan man spotted an incredible scene across the a lake in the Susitna river valley: an albino moose.

This footage, taken by Alaskan native Roger Bickleman, taken in interior Alaska, very clearly shows an albino moose grazing along side the river.

Albinism in the animal kingdom is considered rare.

Murray Brilliant, the director of the Center for Human Genetics at the University of Wisconsin and an expert on albinism, says that while albinism can occur in just about every kind of animal, the absence of pigmentation varies greatly among individuals in any species.

Though despite it being a rare condition, one expert says it is less uncommon in Alaska.

?Albino and/or leucistic moose occasionally turn up in Alaska, and there have been several sightings over the years in Interior Alaska, particularly,? Ken Marsh, a spokesman with the Alaska Department of Fish & Game, told the National Post.

“With between 175,000 and 200,000 moose, Alaska is home to roughly one sixth of the continent?s moose population,” the National Post writes.