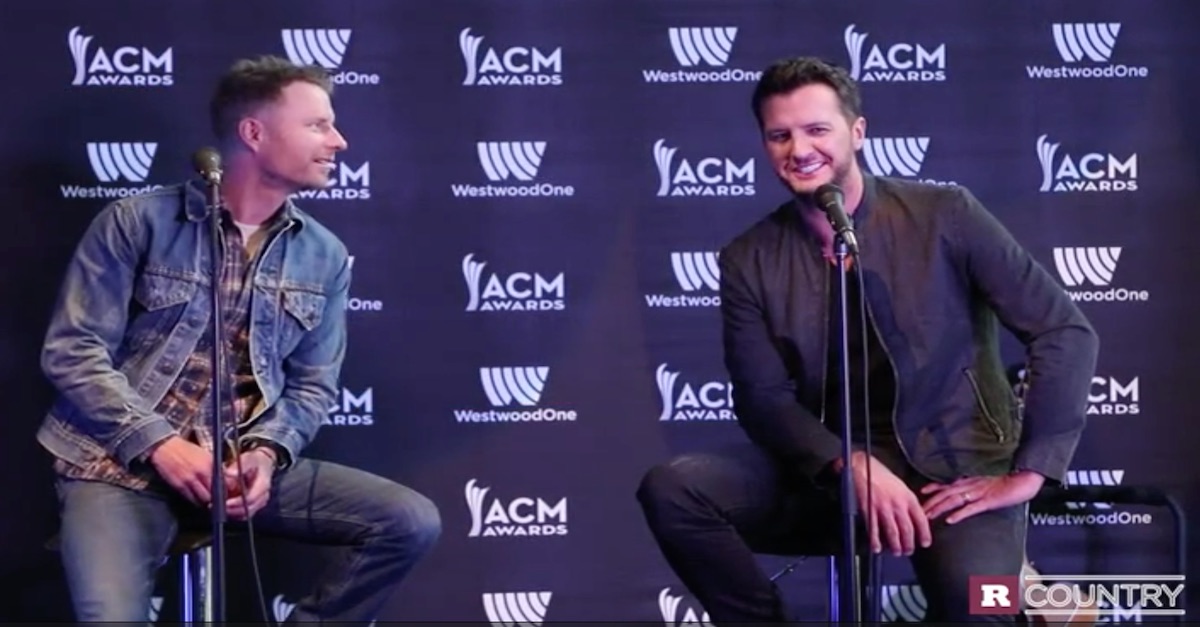 There are no hard and fast rules to hosting an awards show, certainly not the Academy of Country Music Awards. If you’ve been given that kind of opportunity, you can always study morning and late-night talk show hosts, or if someone else has done it before you, you might seek out his advice.

Luke Bryan is a manly man who loves huntin’, fishin’ and everything outside. And while we tend to think he is inspired by the great outdoors, his beautiful wife, Caroline, and his adoring family, and he mostly is, he does have another source for inspiration — Pinterest!

Yes, the curated website and addiction that many women subscribe to for their online fix of food, fashion, fitness, decorating and crafts has become a bit of a secret passion, or at least an interest, for the country star.

In a press conference before the ACM Awards, Luke discovered that his secret had been leaked, “We’re backstage casually talking in the green room, and I just whisper that I had been looking at Pinterest from time to time because, like I said, sometimes you got to get an idea,” he said.

ACM Awards co-host Dierks Bentley was unfazed by Luke’s admission, and even sounded like he may have perused Pinterest himself adding, “Yeah. Wallpaper, gifts, floral arrangements.”

He then admitted, “I really didn’t search how to host an award show on Pinterest.”

While we have our share of Pinterest addicts in the Rare Country office, we’re confident that both Luke and Dierks will be just fine hosting the ACM Awards this year.

The ACM Awards broadcast live from Las Vegas at 8 p.m. EST on Sunday, April 2, on CBS.