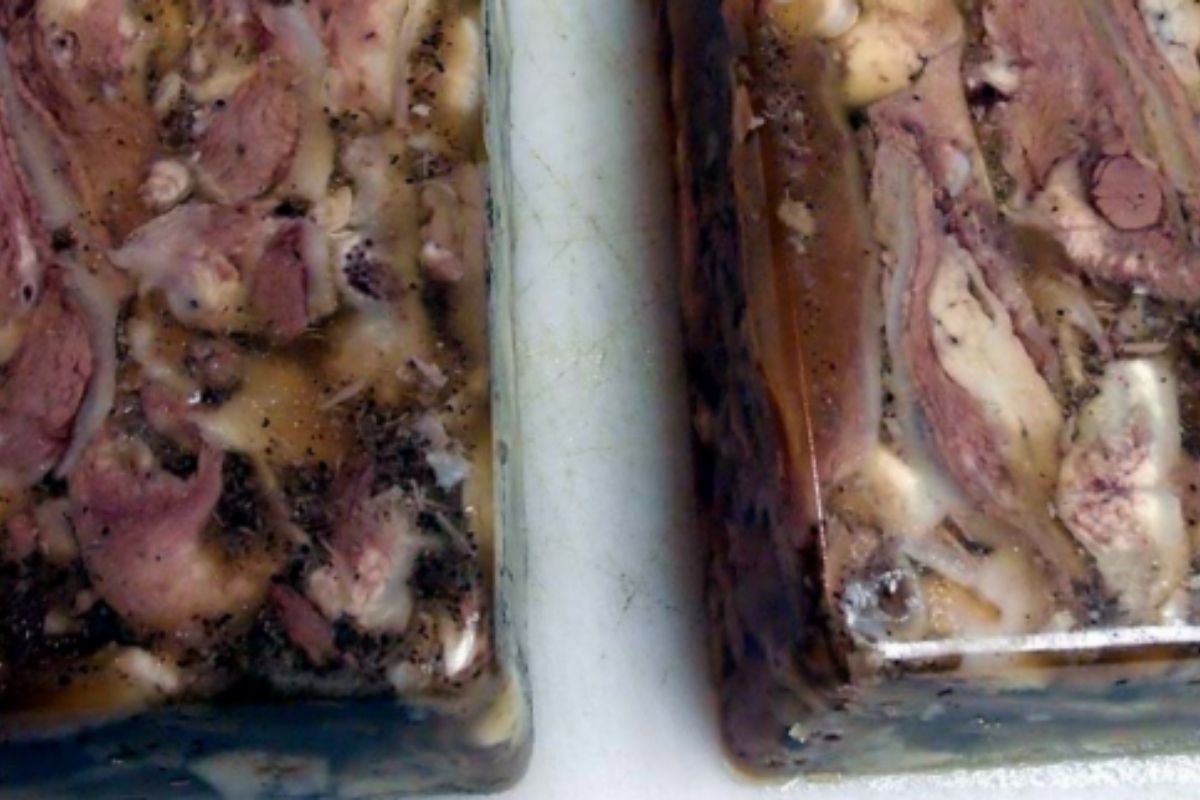 There’s a lot of weird food that is inexplicably beloved around the world. Spam is huge in Hawaii, for example, because during World War II, GIs needed meat that did not require refrigeration. By now, the salty a cubic hotdog is basically a nostalgic treat.

Similarly, another dish made of repurposed meat scraps has a place in the hearts of millions of east coasters: scrapple. It’s literally made up of layers of toes and taint thrown into a boiling pot. But there’s no such thing as bad meat, I guess. That belief would certainly explain jellied moose nose: a delicacy of northern Canada and Alaska that, you guessed it, is comprised of leftover thin strips of dark meats from the snout and upper jawbone of a moose. It’s some real Andrew Zimmern stuff that’s also a real staple in extremely northern cookbooks.

According to Atlas Obscura, jellied moose nose is similar to European head cheese. White meat from the bulb of the nose and dark meat from the upper jaw bone of the moose and the jowls are cut off, cooked, and combined into a large kettle. (You can add onion and garlic clove if you feel so inclined.) The different kinds of meat are doused with cold water broth, put in a loaf pan, and refrigerated (or just buried in the snow, maybe). Sometimes pickling spice is used as well. After everything is solidified the Jellied Moose Nose is sliced like bread and served.

Would I eat jellied moose nose? Yes, of course. I’ve eaten kangaroo, alligator, and Long John Silvers. I’d eat pretty much anything that wasn’t a potential pet, or objectively adorable, like a seal. I don’t care if it’s a normal dish to Native Canadians and Alaskans, I’m not participating in the murder of a sea puppy.

Then again, pigs are kind of adorable too and I do eat bacon, pork, and ham so often that me one day having to make a somber visit to the cardiologist is as certain as the Golden State Warriors winning another NBA championship. Okay fine… I’d eat a seal. I’m not proud of it but I would bite into the fatty flesh of one of those adorable little bastards.

As far as weird foods go, jellied moose nose isn’t too weird once you think about it, but it definitely requires a double-take and some mental digestion.

If you’re wondering where you can buy jellied moose nose the answer is nowhere, really. You might be able to find it at Native Canadian and Alaskan potluck dinners but otherwise you’ll have to make it yourself.