This Map Shows the Highest Paying Company in Every State 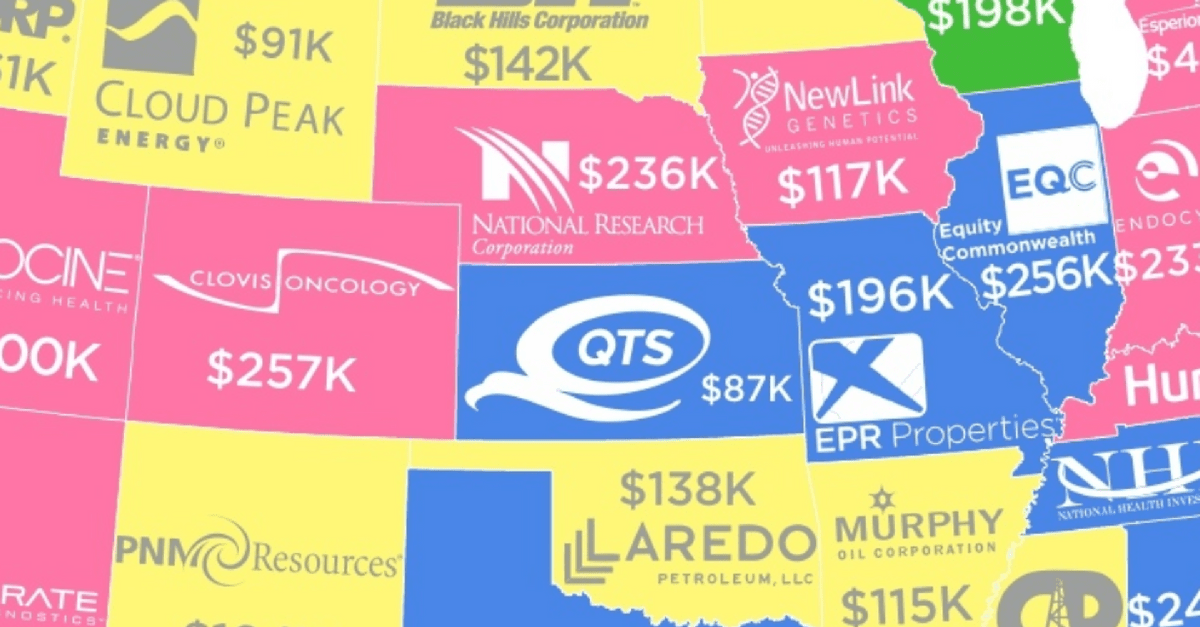 “It’s fine. Writing might not pay much on average, but I, because I am a very special boy, am gonna make it big. So throw those stats out the window, baby!” – Me, right now, looking at this highest paying companies map and repeating that lie to myself.

HowMuch.net put together a map that shows the highest paying company in every state in the U.S. and, what should be to absolutely no one’s surprise, the highest paying jobs are in energy, health, finance, and tech. Real estate was the other industry of big earners. If there are two things this map demonstrates, it’s that 1) All the money is exactly where you thought it was, and 2) Most company names sound like they were made up for a film like Office Space. VirnetX? Endocyte? IDACORP? Not to mention Blarpin Systems* in Delaware.

*I made up Blarpin Systems. That’s not real. But you bought it.

HowMuch.net collected the data thanks to a new rule from the SEC.

Companies now have to disclose key data about employee compensation thanks to a new rule from the SEC. One of the organizations paying close attention to these disclosures is the AFL-CIO, where we found the data for our map. They’ve used the data to point out the discrepancy in the pay received by CEOs versus that received by “production and nonsupervisory workers,” but we wanted to take a look at where those in the latter group are also making out well. First, we identified the companies in each state that pay the highest salaries to their average workers. Then we color-coded our map by industry and overlaid the top company’s logo and its average worker’s salary for easy reference.

The highest paying company in the country is NRG Yield, in New Jersey. The company pays so much ($964K!!!!!!) that I could read on Glassdoor about how the CEO is a lunatic who only uses his company as a stable for humans to kidnap and hunt on his ranch and I’d still take the job.

Surprisingly, the company that comes in first in California is in the health industry, and not one of big boys from Silicon Valley, which just seems wrong, considering those guys need to make a cool $600,000 just to afford their own rotting, infested — but super historical and important! — studio apartment in San Francisco. Do better, Palo Alto.

Texas, like California, is also not represented by its most visible and arguably most important industry. Instead of energy, Texas’ best paying company is in the real estate sector.

These are the top 10 highest paying companies from the map: