From to Mr. Rogers to Sully to Colonel Tom Parker, Tom Hanks (a.k.a. “America’s Dad”) is practically synonymous with cinema. But one role in one particular movie made him ludicrously rich.

With one of the most storied careers in Hollywood — not just nowadays, but in any era — Tom Hanks’ credits are the envy of most actors. Since he started acting in 1977, he’s immortalized real-life and fictional characters to the mainstream public.

His roles include Philadelphia, Captain Phillips, Sleepless in Seattle, The Green Mile, Saving Private Ryan, Big … even his blockbusters are almost too many to list.

Surprisingly, as beloved as Tom Hanks appears to be by most Americans, his awards collection only includes two trophies for best actor. His work in Philadelphia earned him the prize, as did Forrest Gump.

Preparing for the Gump role took an immense amount of work, Tom Hanks revealed on The Graham Norton Show earlier this year.

“I had worked out quite a bit, it was all about running and I must say my buttocks, as Forrest would say, were as firm as tinned hams,” the reliably good-humored Hanks said.

Hanks said his buttocks doesn’t look the same as it did back then in the movie, and said, “But in the day, man, I must say I even think it’s a beautiful thing to behold.”

But even more impressive than his workout regiment for the role was the money he took home for starring in the Best Picture-winning movie.

Simply put, he chose what is called “performance-based pay,” according to a March 2000 report by Entertainment Weekly. In other words, he declined up-front pay in favor of a cut of the movie’s box office receipts.

Turns out Hanks played his cards right, as he hugely popular Forrest Gump grossed about $680 million across the world. That resulted in a $60 million paycheck for Hanks.

Hanks’ smart move was unusual but not unprecedented. Angelina Jolie got $33 million for Maleficent, and Harrison Ford received an almost-unbelievable $65 million to return to the Indiana Jones series one last time.

Tom Hanks is extraordinarily wealthy, thanks in no small part to the fortune he amassed for Forrest Gump. In a September report, net-worth profile website Wealthy Gorilla pegged Hanks’ value at approximately $400 million.

(For those keeping tabs, only 20 other actors are richer than Hanks, per the website. Astoundingly, Jami Gertz — who made most of her biggest movies in the 1980s — tops Wealthy Gorilla’s list with a net worth of $3 billion. Her husband, billionaire Tony Ressler, is reportedly responsible for the bulk of Gertz’s obscene net worth.)

Box Office Mojonoted some other another impressive financial figures connected to Tom Hanks. In August 2019, the website ranked him as the fifth-highest box office star in North America. (Yahoo! Finance says he’s the fourth-richest actor in history.)

Combined, his movies are responsible for drawing $4.9 billion in box office receipts in North America, and $9.96 billion globally.

Not bad for a guy who worked as a bellhop at a California airport a long time ago.

Just as that gig probably feels like a life ago for Tom Hanks, so does his marriage from decades ago.

In 1978, Hanks and his then-wife Samantha Lewes tied the knot. The actress and director met Hanks while he was still in college. He became a father to his first child, Colin Hanks, who was born when Hanks was 21 years old, shortly after they married. Their daughter, Elizabeth Ann, was born a few years after that. The union only lasted until 1987, when they decided to divorce.

The following year, he married actress Rita Wilson — but, before doing so, converted to her faith: Greek Orthodox. They have two children together as well. Together they have shared two sons and thirtyyears in marriage! 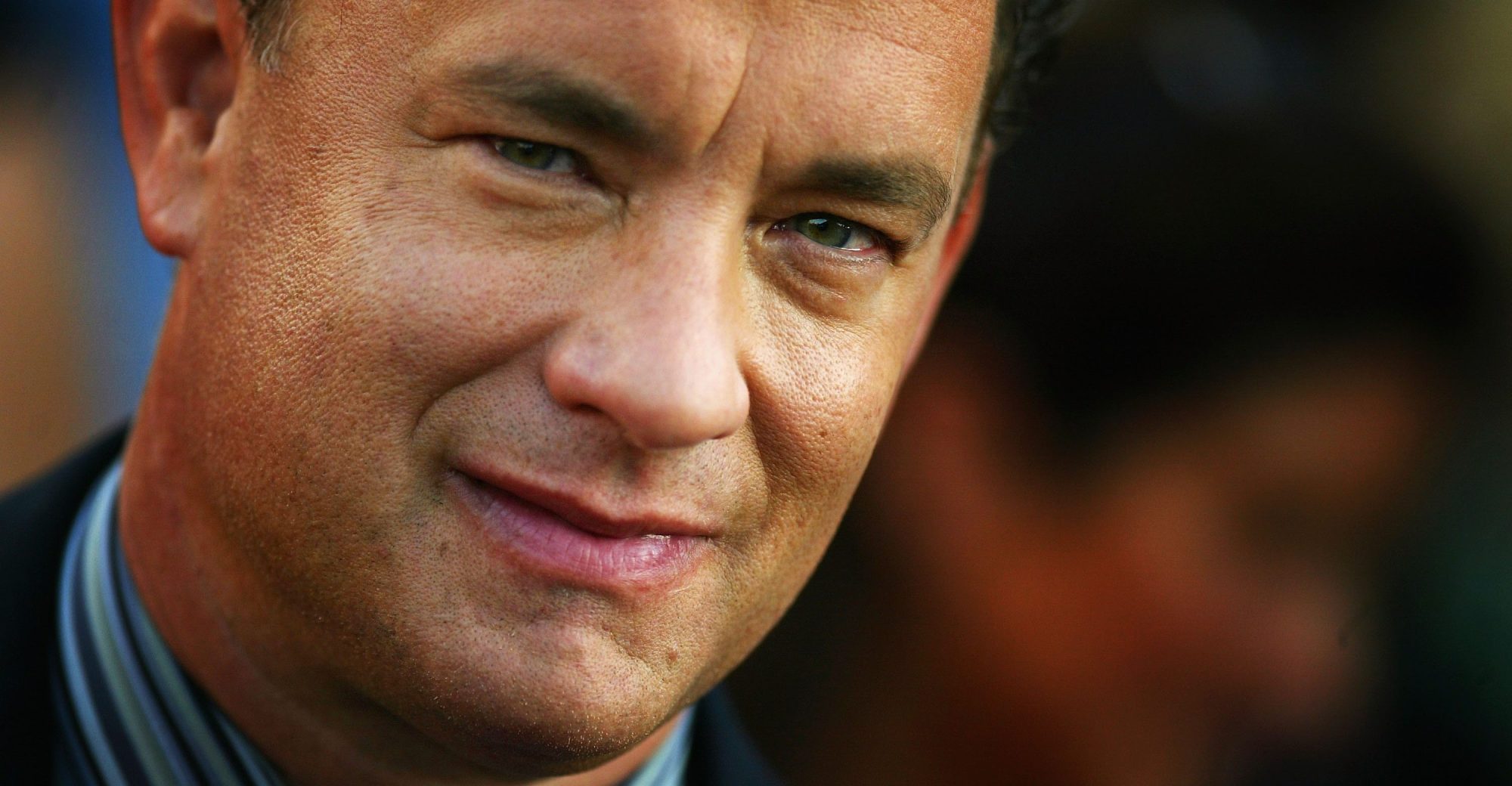