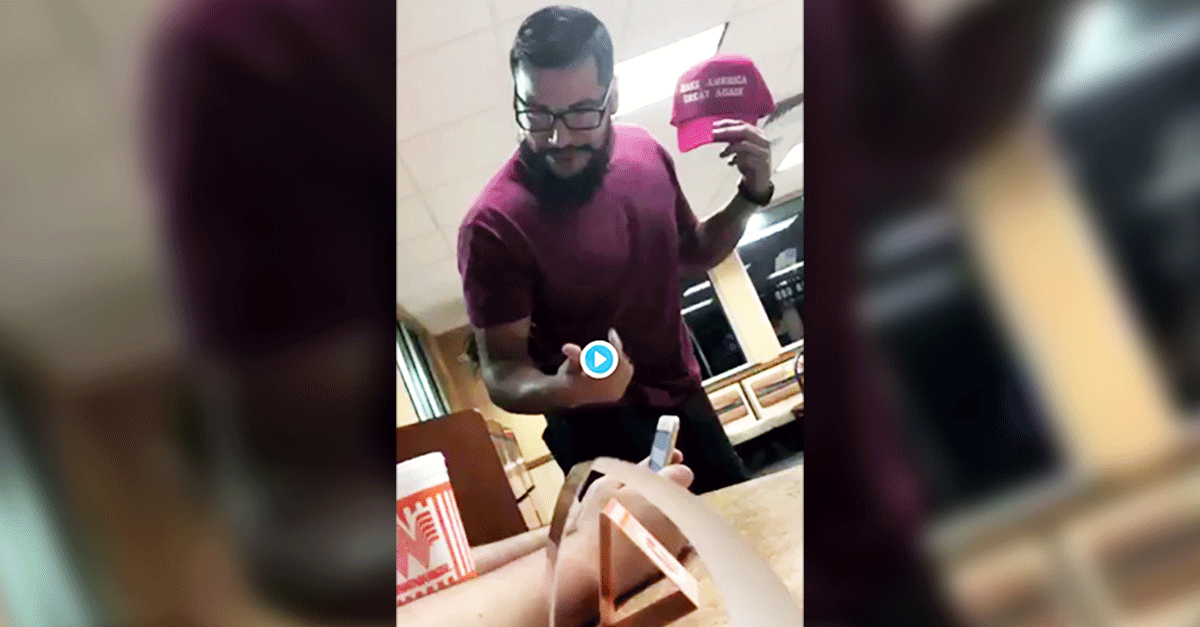 Police are currently investigating a teen in San Antonio, after he was verbally attacked and assaulted at a Whataburger for wearing a Make America Great Again hat.

The video, now gone viral, shows what is being reported as a 30-year-old male ripping off 16-year-old Hunter Richard?s hat, along with some hair, throwing a drink on the teen and uttering profane racist terms. The man then walked out of the establishment with the hat in hand.

So went out for a 2am snack and my friend (wearing a MAGA hat) had his hat stolen and a drink thrown in his face (and mine, you can see my arms on the left of the video) pic.twitter.com/B3QjBFIxPk

According to a Facebook post by Rumble, a restaurant located in San Antonio, the individual who assaulted Richard?s was an employee of the company. The post has since been deleted, but through a statement, Rumble quoted,

?It came to our attention earlier this evening that a part-time employee was captured on cell phone video assaulting another person at a local eatery. The assault took place, presumably, because this employee did not agree with the other individuals political stance. We have since terminated this employee, as his actions go against everything that this establishment stands for.?

The restaurant explained their decision to terminate the employee was due to the beliefs of the restaurant, which is: “A safe space for everyone, no matter your race, creed, ethnicity, sexual identity, and political stance.”

Authorities have not yet released the name of the 30-year-old, but a police report has been filed.

Read More: How Will Post-Millennial Voters Change Our Political Future?