Whataburger’s Dr Pepper Shake is Back, So Bring on the Brain Freeze 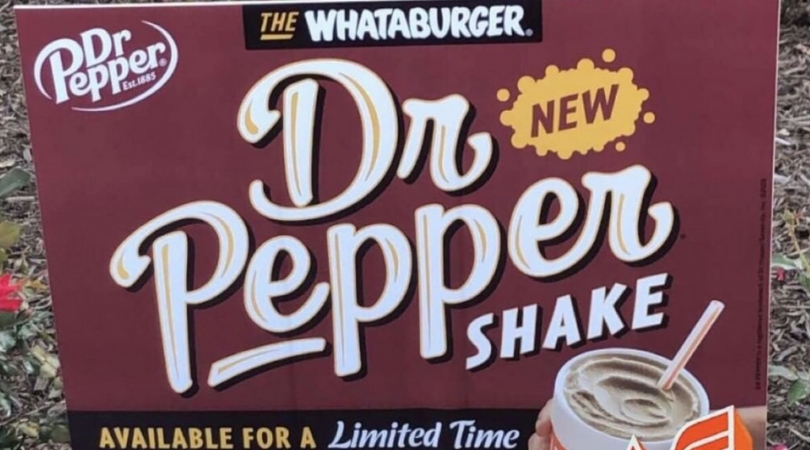 As if we needed to add more to our delicious Whataburger obsession, the Texas-based chain brought back their beloved Dr Pepper shake! Yes, you read that right! A wonderful ‘texas water’ shake flavor that has social media going nuts. Because well, we all know that Texas loves their Dr Pepper as much as they love their Blue Bell Ice Cream. Can you blame them? Everything is better in Texas. Hard fact.

Whataburger is calling the shake a “match made in Heaven,” which kind of makes me believe it’s already destined to be good. It’s still not clear if the cool dessert treat will be available at every Whataburger, but it’s not surprising that the two are pairing up. Ever since Dr Pepper started a petition to make the soda the “official soft drink of Texas”, it’s been making its way around businesses trying to partner up.

Brb y’all, about to get me a tub of this 😍 pic.twitter.com/PkO2DkEYnH

So yeah, why not team up with a fast food restaurant that is beloved to all Texans around the state. Smart move Dr Pepper, I applaud you for this one. Despite the fact that you guys announced it on April Fool’s Day! Which let me tell you, had Twitter on its toes for that, because we all know you should never believe anything on April Fool’s. But, no, not a joke guys. Whataburger actually confirmed it. I just hope it doesn’t taste bad because then you’ll have a lot of disappointed fans around the Lonestar state.

So yeah, go ahead and get yourself a shake and let us know how it tastes. Your move now, Coca-Cola! We’ll be here patiently waiting for you to come up with a shake or some sort of sandwich with coke flavored buns. Kidding, maybe just a float.

This article was originally published on April 3, 2019. It was updated on April 13, 2020 after Whataburger announced its return.