There are good owners  – and then there are bad owners

We’ll let you be the judge on this one.

RELATED: A sweet dog became a mother to a handful of animals she may have hated outdoors

As an owner watched his small pooch approach an opossum, the rat-like animal opened its mouth and began to do all the chasing.

The man laughed as someone on the sideline recorded the entire thing.

Cruel or not cruel? 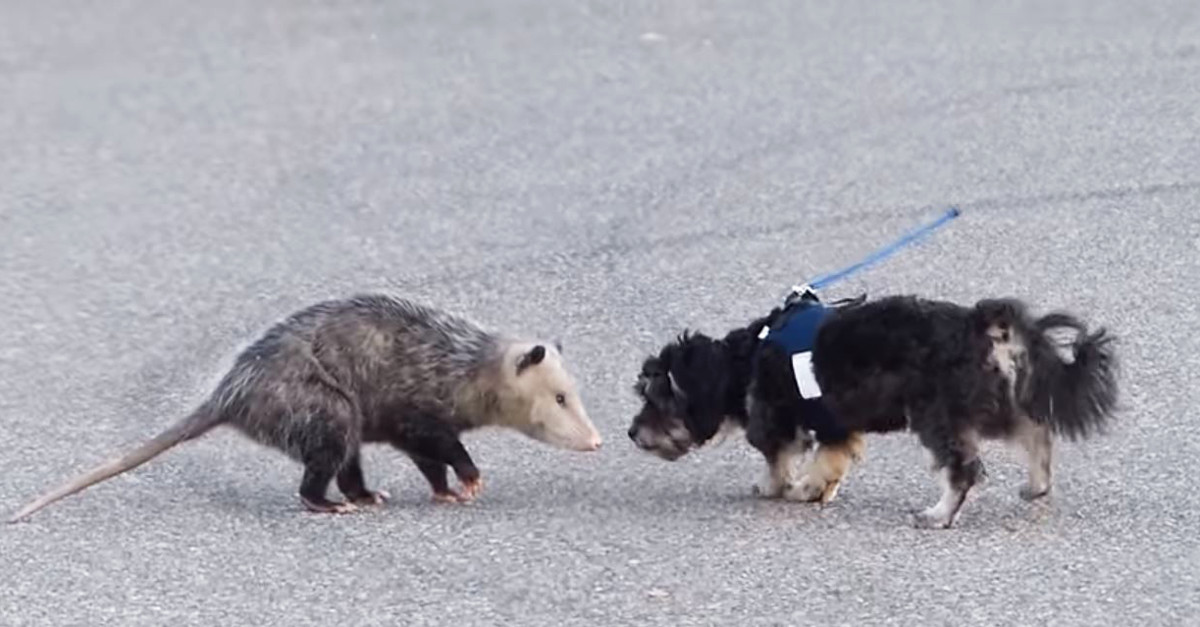