War Veteran Reunited with His Beloved Dogs After Months Apart 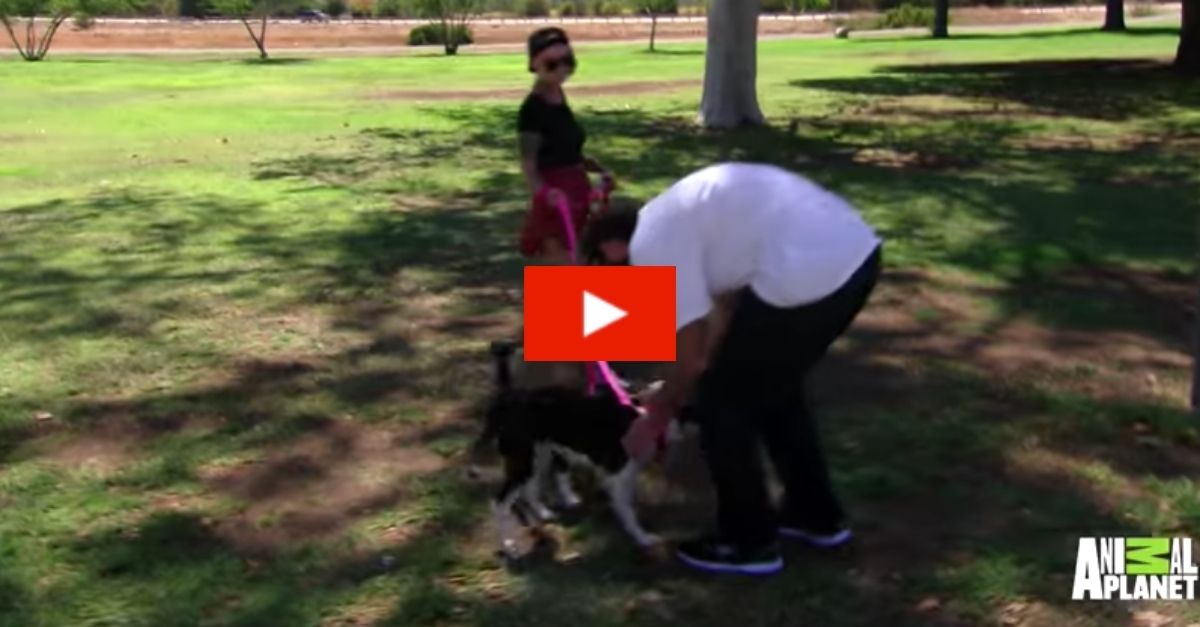 Pitbulls & Parolees is a tv show on Animal Planet that follows Tia Torres and her daughters Tania and Mariah help and rescue dogs. Tia founded the Villalobos Rescue Center, the largest pitbull rescue in the world, based in New Orleans, Louisiana, which serves as an animal shelter for their dog rescue missions where they help rehabilitate abused and abandoned doggos. And in one of their episodes back in 2015, they helped reunite a war veteran with his two best friends.

Mariah Torres, traveled to Los Angeles, California, where she would meet with Joshua, an Air Force veteran, to reunite him with his dogs for the first time a few months. She explained in a clip from the episode that the dogs have been having a hard time eating, clearly missing their owner and that she had no problem offering to bring them across the country to see the war veteran again in their new loving home.

Joshua had moved from Louisiana across country to California, and had reached out to the tv show to help him reunite with Momma and Panda, his two dogs he had to leave behind. Suffering from PTSD, he said he felt isolated trying to get back to normal life after being in an active war zone in Afghanistan. And he had found comfort in his two dogs, who provided him the constant support that he needed more than anything.

In the couple of months he didn’t have his beloved dogs with him, he struggled with heartbreak in not being able to snuggle up to them every night and walk them every day. But in this heartwarming clip, Mariah brings the dogs to their new home in California, meeting with Joshua so that the family could be together again.

In a sweet reunion, the dogs become extremely hyper and excited to see Joshua, almost dragging Mariah across the park they met up at. The dogs immediately jump all over Joshua, and Mariah explains that that’s the first time the dogs have been that excited since she’s been taking care of them. Joshua explained his story to Mariah and the whole incident, and Mariah was in tears seeing how excited the dogs were and to see them eat.

It’s so great that they’ll now be with Joshua in their forever home. The work that service dogs do should never be underestimated, especially for those who serve our military. It’s heartbreaking to know what our soldiers have done for our country, and the things they have to deal with when coming back home to civilian life.

Watch: Hundreds Attend Funeral of an Unclaimed Vietnam Veteran to Give Him a Final Salute