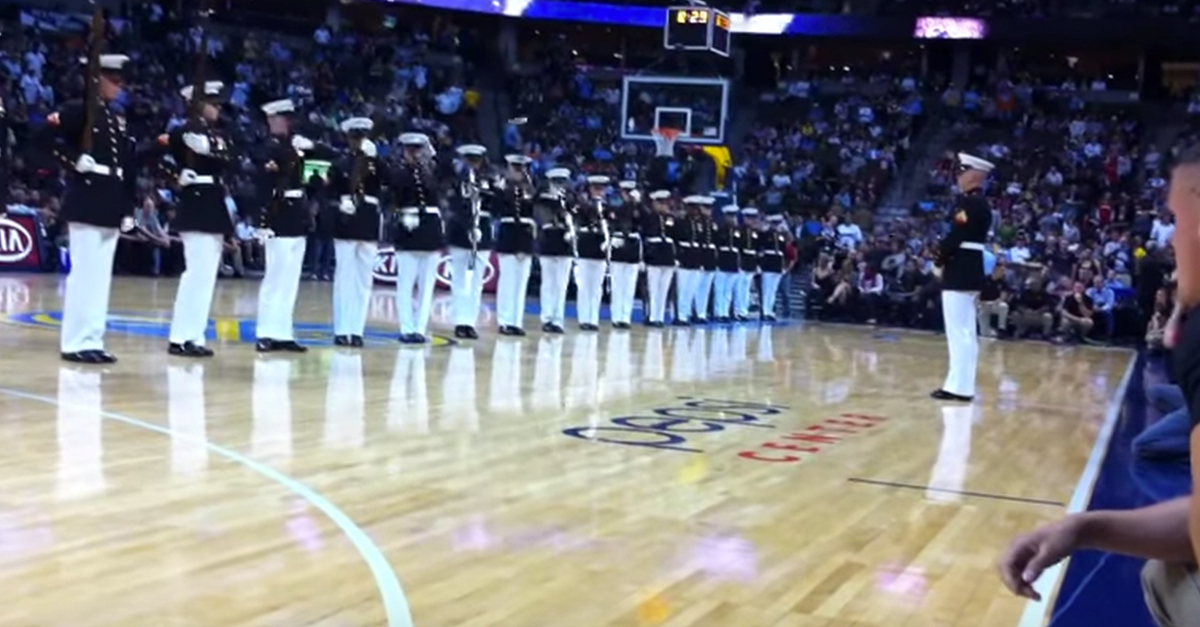 The precision and grace is simply unmatched. Many outside of the D.C. area have never heard of this group, but they stole the show at the game and have gotten plenty of attention from this amazing video.

The Marines execute a series drill while handling rifles with fixed bayonets. The routine ends with a rifle inspection enhanced with elaborate rifle spins and tosses. The Marines selected for the platoon must be male and must be between 5’11” and 6’1″, and there are strict weight requirements. These requirements are somewhat harsh, but they help insure the uniformity of the group. Each man in the group serves a two-year term. They perform throughout the year at Marine Barracks in Washington, D.C., and at numerous events across the United States and abroad.

One comment on YouTube said the performance was a “better half time show than you would see at [the] Super Bowl,” without any chances of wardrobe malfunctions. I would be so nervous in trying to perform this routine, as I’m sure I would most definitely drop my rifle. The focus and the precision is so on point, I’m not sure enough practice would help me out. And don’t forget, these guys have complete straight faces the entire time. I, for sure, would tap out there.

Just watch, you won’t regret it.

Watch: Marine Kidnapped as Newborn Meets FBI Agent Who Rescued Him Over 2 Decades Ago