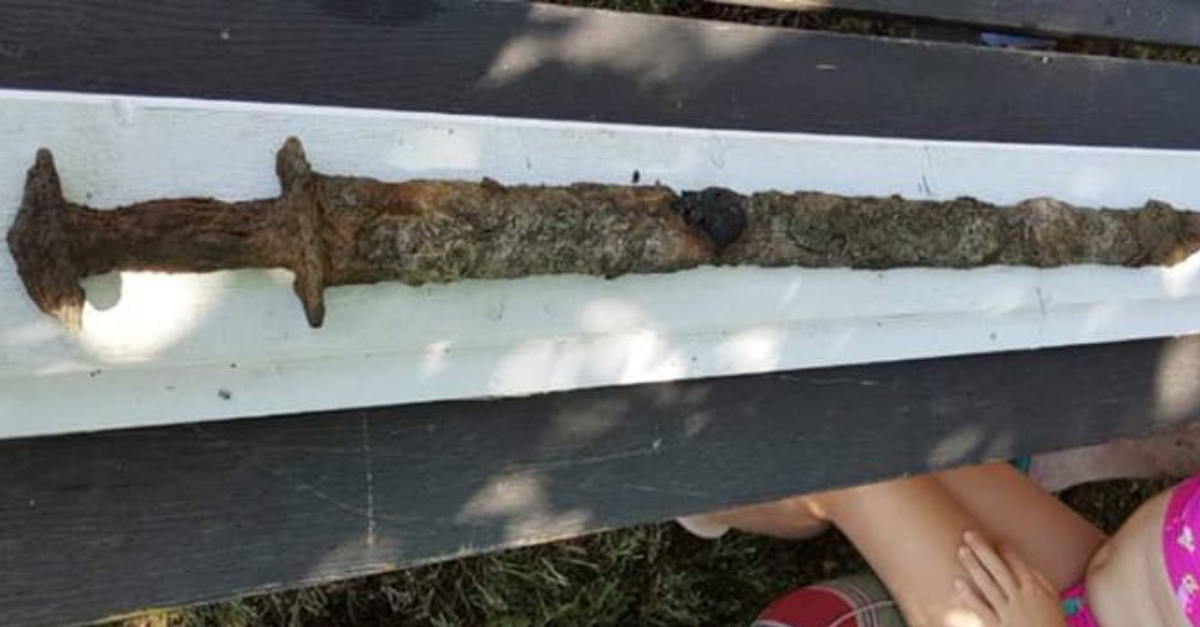 Saga was playing in Lake Vidösten near her family’s home in southern Sweden, which was low thanks to a drought, when she noticed the sword. Were it not for the drought the sword would have been in too deep of water for her to see or find. Her dad detailed as much in a post.

Build this girl her IKEA furniture filled ice castle. Now. She is the Queen of Sweden. That’s the law. Bow to her, you ungrateful Swedes. It would actually be quite rad if this were true. Some Swedish monk pops out of nowhere and reads from an ancient scroll declaring King Gustav (Sweden has a king, in case you didn’t know) a usurper of Queen Saga’s rightful throne. Sweden used to be an elective monarchy, meaning the elite families would elect a king from their ranks, until the 16th Century. I say bring that back, but instead of an elective monarchy make it an aquiritive monarchy, meaning there’s an ancient sword hidden somewhere in Sweden, and if you find it you rule the country.

That’s really no less arbitrary and unfair than any other form of monarchy. Screw it. Just pull the name out of a hat, so to speak, except instead of a name it’s a sword and instead of a hat it’s a lake.

Also weird, this little girl just found what is definitely a murder weapon but because it’s super old it’s cool instead of terrifying.