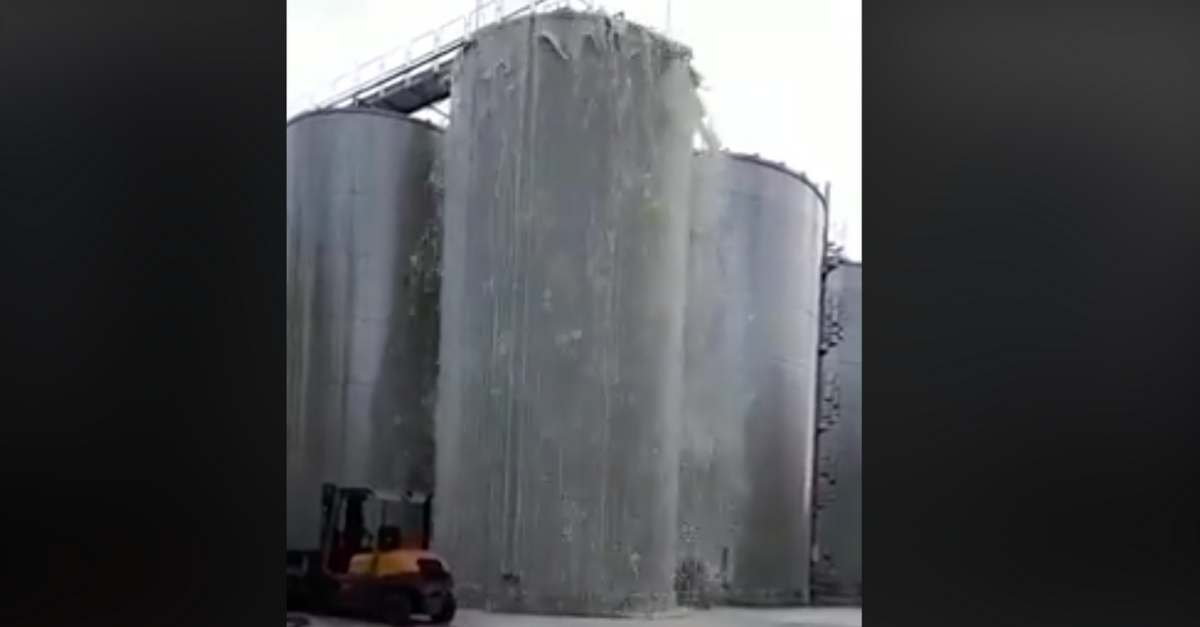 Sometimes, even our wildest dreams can come true. And for prosecco lovers whoever wished for the sky to open up and rain fine Italian Prosecco wine, one viral video rang true. The video on Facebook, which shows an enormous stainless steel silo, is oddly satisfying to view. Thousands of gallons of sparkling wine cascade from large fermentation tank. It’s all fun and games until you realize you are at home sitting on your computer watching a video of it rather than acting out an Ester Williams synchronized swimming number under the bubbly waterfall.

Prosecco, an Italian sparkling wine is best known for being the cheaper alternative to champagne. It’s the main ingredient in Bellini cocktails which consist of 2 parts Prosecco and 1 part peach purée. You can also use the sparkling wine in mimosas in place of champagne. However, unlike champagne, which is fermented in the bottle, prosecco goes through its second fermentation in stainless steel tanks. This is also the reason prosecco is cheaper to produce/buy.

The video was posted on L’enoteca Zanardo Giussano Facebook page sharing, “Conegliano: troppo mosto nel Silos , tracimano 30 mila litri di Prosecco !!” Which is roughly translated via Facebook to, “Conegliano: too much must in the silos, 30 thousand litres of Prosecco spill over!!”

The video footage and caption say the problem is an overfilled tank, however, people are taking to social media to diagnose the problem thousands of miles away. Some people are blaming a broken lid but a few others are pointing fingers at DAP, also known as, diammonium phosphate, a yeast nutrient added during the fermentation process. One more theory suggests that that rectified concentrated grape was possibly added through the racking valve which is located at the bottom of the tank and it caused the yeast make the tank explode.

Now, where are the long straws to drink up the rest of the mess?

Read: Balancing a wine glass on a piece of paper is easy ? you just need to know this trick